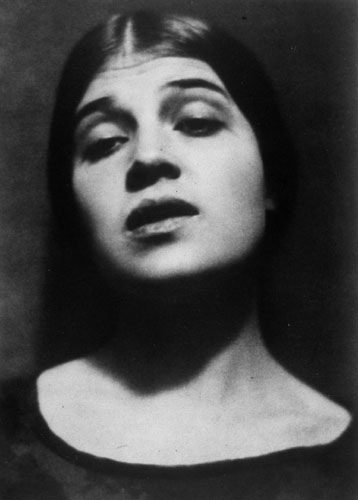 Tina Modotti was born in Udine in 1896 but since she was a little child she travelled with her parents who emigrated in Austria, and then in the USA, in San Francisco. Here, she met the actor Roubaix “Robo” de l’Abrie Richey who she married, and she followed the acting career, working on the movie The Tiger’s Coat (1920).  But this is only the beginning… when she emigrated again, in Mexico, Tina became friend with Frida Kahlo, Neruda, Diego Rivera and she also met the Russian poet, Majakovskij.

She became a great photographer, a social photographer, who portrayed the poor people of Mexico and the uprisings of the Mexican working class. She joined the International Red Aid and she travelled in Spain, Berlin and the Moscow to help the communist cause. Despite this brief bio, she was an extraordinary woman, an activist, one of the first woman photographers, a femme fatale but also an incredible thinker and inspirational muse. And she deserved her nickname, the New Rose.

Until February 28, the Museum of Modern and Contemporary Art of Udine held an exhibition on the work and life of Tina Modotti, a journey through her photographs and portrays. The exhibition starts with letters and pictures from her parents and a little Tina, at the beginning of the 20th century, and it continues with her first photos taken on the set of the movies or representing her friends and lover. Then, the exhibitions collects the photos taken in Mexico. Peasant’s faces, hands, the dirty streets and a beautiful composition of a hammer and sickle with a corn. Photos taken in black and white but that come to life with an extraordinary force, taking us back on those times. Through the exhibition we discover the transformations of Tina and of her technique, following her work during the changes of the beginning of the last century.

The art of Tina Modotti is timeless, a work which is still appreciated and admired around the world. The story of a rebel, an activist, a woman who is still an inspiration for many of us.