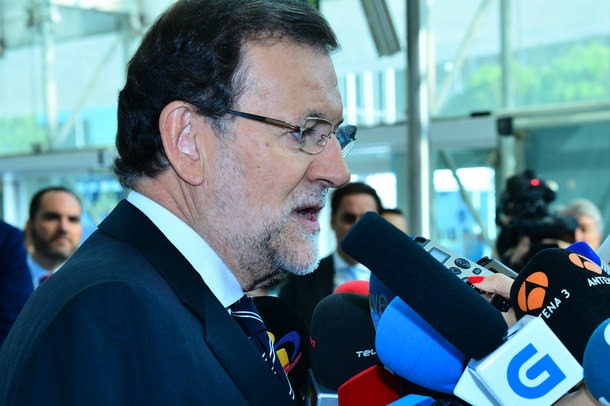 New Spanish General Elections Leave as Many Questions as Answers

Spain continues to suffer from political paralysis after elections on the 26th of June produced a hung parliament, the second in six months after polls on the 20th of December 2015 failed to provide any party with a mandate. Acting President Mariano Rajoy, who with his centre-right Peoples’ Party (PP) has led the country since 2011, is the closest to being to able to form a coalition government after picking up 137 seats, 39 short of a majority in a 350 seat parliament. The PP even managed to shrug off a series of corruption scandals and increase both their vote share and number of seats when compared to the elections held last year.

Spain’s other historic party the Socialists (known by their Spanish initials PSOE) picked up just 85 seats, the party’s worst performance since the return of democracy in 1978. The party did however avoid what the Spanish media had dubbed the ‘sorpasso’, being overtaken by leftists Unidos Podemos as the main opposition in Spain and leader of the left.

Instead Unidos Podemos were beaten into third place in a result that leader Pablo Iglesias, with uncharacteristic restraint, described as ‘not sastisfactory’ and ‘not the results that we were hoping for The result leaves Iglesias’ bloc trailing behind PSOE, an outcome that confounded the pre-election predictions of a leftist coalition with Iglesias as President and Pedro Sanchez, PSOE leader, as his deputy.

Having come first in the poll, the PP will be the first to attempt to form a coalition government. However the party closest ideologically to Rajoy’s conservatives, the centrist Ciudadanos party, won a mere 32 seats, leaving a hypothetical parliamentary coalition between the centre and centre-right still 7 short of a majority. Part of the deficit could be made up by bringing in the Christian-democrat and Basque nationalist PNV party, who won 5 seats. Likewise Coalición Canaria, another centre-right regionalist outfit, could be tempted aboard. Even should the PP be able to form a coalition, perhaps with an abstention from the PSOE, Rajoy would still, according to the Financial Times “be hard-pressed to assemble a majority for major legislation, or even for a budget”, as he has no reliable partners in Congress.

A majority; so close yet so far

Yet the reality is that a stable government in Madrid still looks a long way off. The only realistic way for the PP to obtain a majority is to form a German-style ‘Grand Coalition’ with the PSOE, a prospect that the Socialist leadership has repeatedly ruled out. A leftist coalition between PSOE, Unidos Podemos and the Catalan and Basque nationalists would almost certainly stall over the question of Catalan independence (something the PSOE virulently opposes), and regardless would only sum 175 seats. One short of an overall majority.

The key to solving this impasse looks to belong to the PSOE, who are coming under increasing pressure to agree to a coalition with – or at least to not vote against – the PP and avoid a third round of elections. Asked about the possibility of a third round of elections, Madrid resident Maria del Carmen Santiago reflected the view of many Spaniards when she said yet more elections “would be a waste of time, they wouldn’t be able to form a government anyway”.

Yet allowing four more years of PP would be electorally dangerous for the PSOE, representing as it would a shift to the right that would clear the field for Unidos Podemos to dominate the Spanish left-wing political space in Spain. As Sara Hernández, the top Socialist in Madrid, has pointed out, PSOE is “the alternative to the PP, for that reason, we can neither facilitate, nor allow a PP government”.

So Spain remains without a government, and without the prospect of one any time soon. No party looks capable of forming a governing coalition, while a third round of elections is the possibility that everyone is desperate to avoid. There is at least one thing Spaniards can look forward to, Belgium’s record of 541 days without a government is looking increasingly under threat.