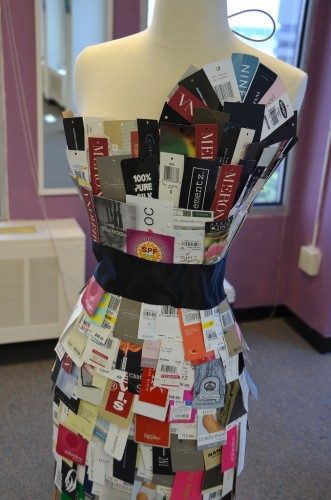 Outfit Mapping: Where Are Your Clothes Coming From?

In our times, traveling is one of the most popular hobbies among people of all ages. From a country to another or within the same nation, over mountains and seas, we all want to discover new places and gather memories and knowledge. Some of us like to collect souvenirs such as magnets or photos, but others are going for more practical stuff such as accessories and clothing items. The beauty of it is that most of the times, people don’t realize how their looks show where they’ve been.

As people change their personalities according to the experiences they have in places they visit and passport identity loses meaning, it doesn’t matter where one’s clothes were manufactured, but the country one got them from.

While in Madrid, I decided to discover where people travel by helping them map their outfits. I have questioned a couple of people from around the block about the country where they purchased their clothing items. 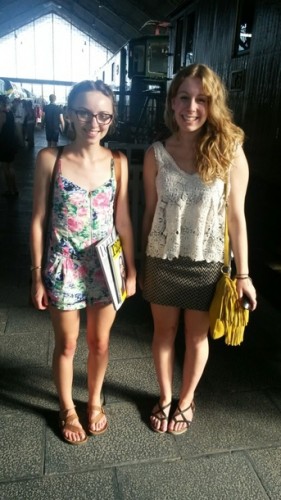 First people that were having a conversation in English in the Mercado de Motores , Madrid, were Beth (left) and Jessie (right), two British ladies who are currently working in Madrid. At first, they thought all their clothes were purchased from England, but then realized they were actually coming from different continents. Are you sure about this?

My jumpsuit is from England, the watch from Switzerland and I have one ring from Germany.

You have quite a diverse outfit! Is that all?

Yes! Oh, wait! My anklet is from Turkey and the shoes are from Spain.

What about you Jessie? Where were you traveling when you bought those clothes?

I was home, in England, when I got the shirt and the skirt. But this bracelet I got from Nicaragua.

What about the other accessories?

Oh, I got this ring from the United States.

Not only people who are currently traveling, such as those two above, have international wardrobes. 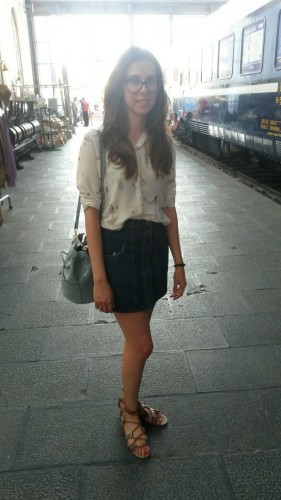 Marina is from Guadalajara, Spain, but her sandals are from Portugal and her shirt is from Germany. 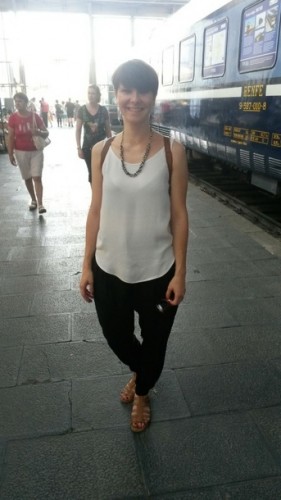 Linares is also Spanish, but her bag is French. She bought it while being in Paris. Even though I met her in Madrid, her clothes were not all from this province of Spain, but from all around the country. 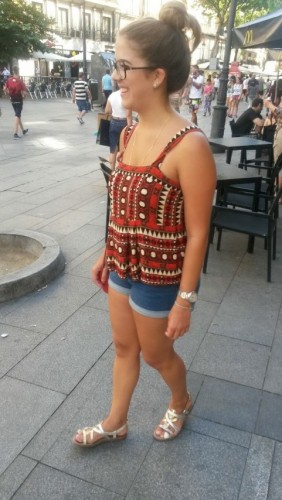 This is Maria Luiza, whose outfit can be called British-Spanish-American. She bought the watch from the United States, the sandals from England and the shorts and top from her native country, Spain. She is wearing her souvenirs. 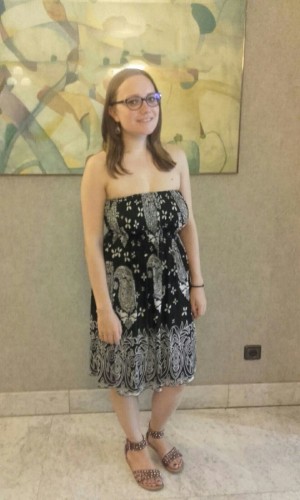 Kathi is an Austrian girl completing an internship in Madrid.

I got the dress from Gran Canaria and the sandals from Austria.

What about the earrings?

I forgot about them; I just got them from Spain. 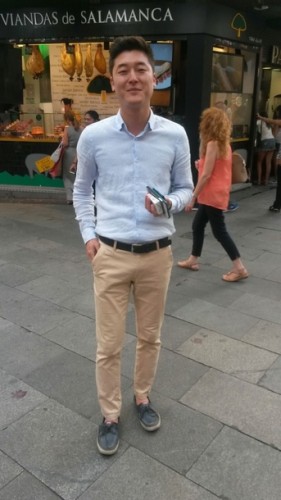 This South Korean gentleman, who didn’t reveal his name, is in Spain for holiday thought he had a full on Spanish outfit, but after thinking about it one more time, he remembered his pants were bought from his home country.

Many people I met on the streets said they always buy clothes while traveling, but they were not wearing anything purchased while traveling that day. This is not the case of Ana, an American student who came to Madrid for an internship but was unlucky enough to get her luggage lost. By the time she got her baggage back, she got herself some fashionable souvenirs from Europe. 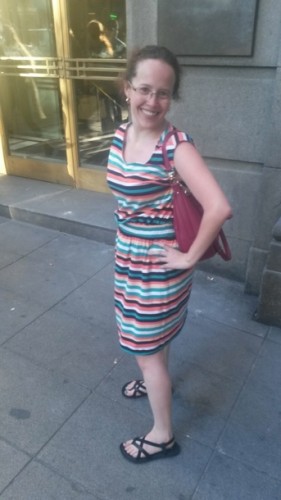 Last but not least, this is one of my many international outfits which actually was the inspiration for this article. The shoes and shirt are bought from the Netherlands. I got those shorts when I went to Hungary. My bracelet is from Romania. The hat is from Madrid, Spain, and the bag, I got from a vintage store in the Netherlands but was donated by someone from Morocco. Even if we don’t think about it, most of us are hiding a map in our wardrobes! 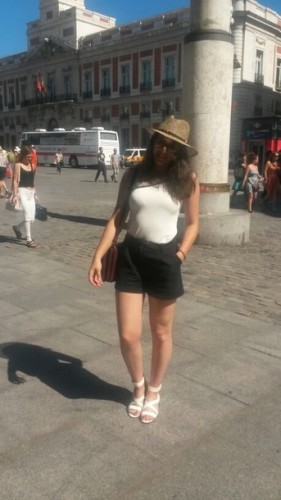