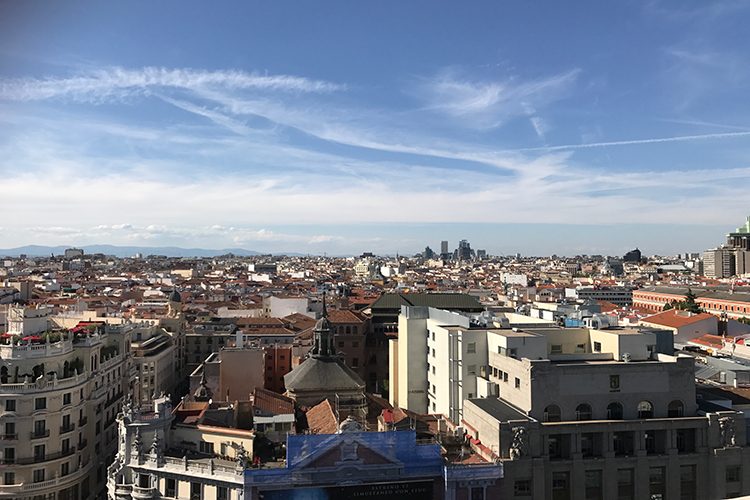 Dawn To Dusk in Madrid: How To Plan Your Day

Jasmin SinghAugust 10, 2017
MADbudget: a local's guide to Madrid0 Comments 0
The following article is published in the #RGNNMadrid Magazine: Vol. I, Summer 2017, produced during ROOSTERGNN Academy’s Travel Journalism & Photography Internship Seminar in Madrid, Spain, under the editorial direction of RGNN Expert and Mentor Al Goodman. Follow #RGNNMadrid for all of our Madrid coverage.

The capital of Spain and home of famous football club Real Madrid is one of the most popular tourist destinations in Spain amongst its cousins Barcelona, Valencia and Ibiza. Long sunny days, cute cafes and lots of beer — who wouldn’t want a vacation here! I, too, planned a visit in summer, in the heat of July when a lot of Spaniards are on vacation, too! I looked up the best places to visit, the best places to eat, the best places to party and made a perfect itinerary that made the most use of all my days of stay. All set and packed I reached Madrid and was completely caught off guard. I landed around 2pm, and when I left the hotel, the streets were empty! What happened is that I didn’t know that Madrid follows a very unusual schedule of day… So for those planning a visit, get your clocks ready to tune into Madrid time.

Let’s start with some quick contextual history. During World War II in the 1940s, Hitler sought Spain’s support. Franco, Spain’s Fascist dictator at the time, sent a division of troops to fight for him and switched Spain’s clocks ahead one hour to align with Nazi Germany and that is followed to this day. Thus, in Spain, during the summer, the sun rises at 7am and sets at 10pm (somewhat earlier in the winters). This leads to a different schedule of day for Spaniards in comparison to the rest of the world…

A lot of debate has been stirred amongst Spaniards and immigrants because of this and I was surprised to find that an immigrant I interviewed, Guruveer Singh Chadha, 33, originally from Mumbai, India (just like me), working in sales and living in Madrid for 7 years — likes this schedule more than a Madrid native, Diego Cordones, 27, studying to be a physiotherapist, currently working as a waiter at a cafe in the Salamanca neighbourhood — who is quite upset about his local schedule.

Guruveer said that the main difference with the Spaniard schedule is that “everything here is later. The city is awake till much later at night; meals are later, kids’ bedtimes are later.” Further, he said that contrary to other work-driven countries, the weekends here are non-negotiable! About siesta, he says, “I like the idea of a longer lunch break. There is time to go home, eat a good meal, take a nap and/or go to the gym. The culture is much more laid back and has a social atmosphere. There exists a ‘sobremesa’ culture, literally meaning ‘on top of table,’ which is sitting at the table for much longer than needed to talk and catch up with one another.” Diego, while agreeing that a nap (siesta) in the middle of the day is helpful to rejuvenate, complains that a lot of times people cannot achieve this because the siesta is not long enough for those who live far from work to travel back home and nap. They end up getting stuck at work and having to leave much later. This is apparently a common local problem. In fact, he said he prefers the schedule followed by the rest of the world. “I would rather go to work and finish everything off by 5pm so I have the rest of the day to do other things,” he says. 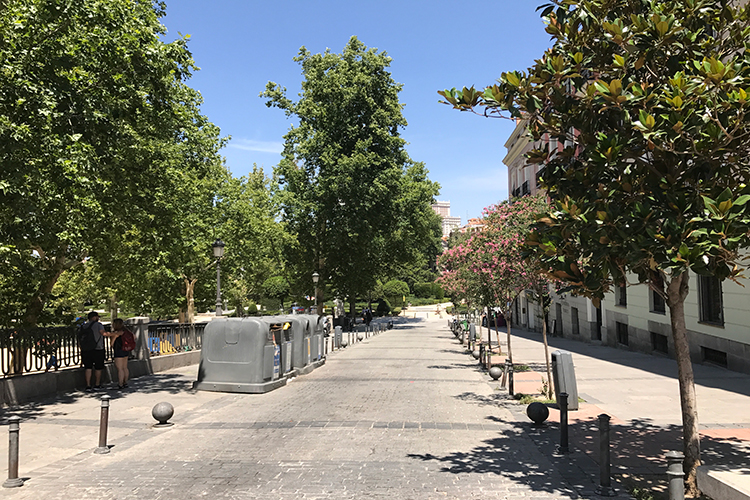 This is what they’re talking about…the usual dawn to dusk routine in Madrid: the typical Spanish work day starts about the same time as the rest of Europe, around 8:30am; shops may open a bit later, many cafes are set up on the roads and people come out on the streets. The big difference is during the middle of the day. In Madrid, lunch doesn’t really start until 2 or even 3pm, and goes on for a while… and after this lunch break, is often the  “siesta.” In Spain, this midday break is for lunch, and if you get one, a nap, too. It is almost as if the city shuts down — shops are closed, streets nearly empty, and those cafes set up on the road disappear! You can’t do much at this time of the day. However, contrary to the popular notion, not everyone sleeps! Especially not office workers. However, many take this extended lunch break to go home and eat a hot meal with their families or have a relaxed meal with their colleagues followed by two or three rounds of drinks and coffee and of course, lots of socialising. Then, Spain comes back to work around 5pm, unheard of in other countries. The small shops re-open and the streets fill up again. This goes on till about 8pm, when most of Europe is having, or has already, had dinner. 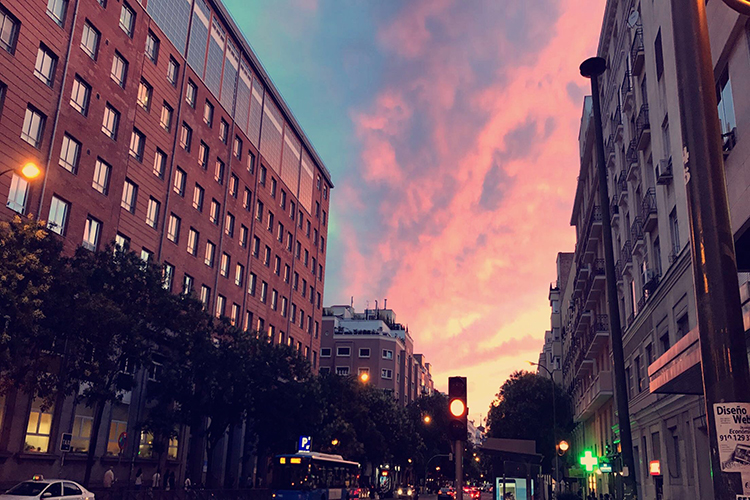 Although the workday ends around 8pm, that is not the end of the day for Spaniards; socialising is a huge part of their culture. It is common for natives to grab a drink with their colleagues and friends even on weekdays to relax for some time. Bars are open all day long in this city. However, a time to remember is 10pm – it is when grocery stores and supermarkets stop selling alcohol. So for those of you planning to party until late here (which you will, the clubs here are open till 6 or even 7am!), remember to buy your booze before 10pm! You can still buy alcohol after 10pm, of course, but that would either be in bars or through the street vendors who crawl out of their shells at 10pm sharp (spotted mostly in the city centre). They sell local beer, or “cerveza,” for as cheap as 1 euro a can!

Mind you, the clubs haven’t opened yet — they don’t open before midnight because  it’s daylight, in summer, till 10pm. The City Centre is a great place to be at this time. It’s full of people, live musicians and performers and a happy chaos. However, at 1am, a loud church bell rings, (often heard at the central “Puerta del Sol”) and this seems to be a signal for many street performers to pack up and disappear immediately, to go home.The clubs are open by now and this is when they truly start filling up! They go on until early around dawn, even on weekdays! And that’s a Spanish day for you!

So, if you’re planning your itinerary for Madrid, keep in mind that afternoons are dull, but made up for at night. Use your siesta to rest up and last longer to keep up with the social Spaniards!