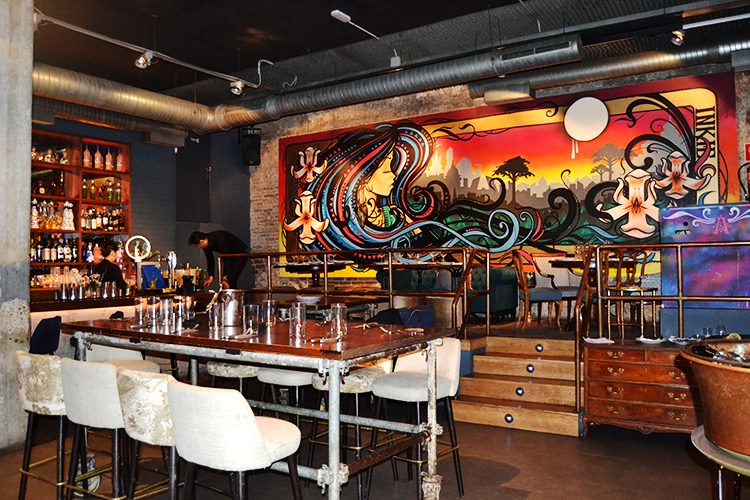 How the Arts Are Lived, Not Seen, in Madrid

Lela JenkinsAugust 10, 2017
MADbudget: a local's guide to Madrid0 Comments 0
The following article is published in the #RGNNMadrid Magazine: Vol. I, Summer 2017, produced during ROOSTERGNN Academy’s Travel Journalism & Photography Internship Seminar in Madrid, Spain, under the editorial direction of RGNN Expert and Mentor Al Goodman. Follow #RGNNMadrid for all of our Madrid coverage.

Since my arrival only a week ago in Madrid, I’ve seen my fair share of bars. Some have been very grimy yet cheap, some very hip yet expensive, but after a while they all seem to get very repetitive. For a change of pace, I decided to check out a place just five blocks from my apartment in the Salamanca neighborhood. It was hiding from me in plain sight. Under the very same roof, I found the perfect balance between modern art museum formal and techno bar casual, a place where the atmosphere attracted people of all ages and from all over to experience a bit of what it truly means to live in Madrid.

The Arts Club Madrid lies just steps away from the Núñez de Balboa metro station. According to El Mundo, it has only been there since February 2014, but since then has gained a loyal following by word of mouth. Because of its being in a more quiet area of the neighborhood, and because of its modest entrance especially compared to its interior, I would have never noticed the place if I hadn’t been looking for it. 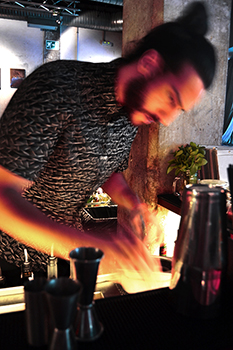 Nahuel in his element at Arts Club Madrid | Lela Jenkins

While its menu has a lot of different types of food (Italian, French, Chinese, Indian, seafood and more), the Arts Club actually only opens at 6 p.m. and stays open much later to serve a lot of eccentric sounding drinks like the FridaKahlo (a mix of Mezcal Alipús, wild blackberries, cranberry juice and lime) and Fire Bird (Patrón Silver tequila, grapefruit, ginger and chilies). Luckily, I had arrived right as it was opening. Even though I only ordered an ice water (it was hot outside), the bartender Nahuel wasn’t too busy and was kind enough to speak with me.

“Most people are at the beach for the summer,” said Nahuel, explaining why the club hadn’t been as busy as usual. “I’ve lived in Barcelona, Brooklyn, Miami, Rome, Berlin. I’m from Argentina. My grandparents are from here, the people are interesting.”

Nahuel perfectly represented the overarching theme of the club, both in its art exhibition and its interior design. Their current exhibition, titled Humboldt, is inspired by the expeditions of early 19th century explorer Alexander Von Humboldt. According to Britannica, Humboldt, originally from Berlin, historically gained authorization from the crown in Madrid to travel to Spain’s American territories in 1799. There he gathered information from all over both South and North America, even meeting up with then U.S. President Thomas Jefferson. 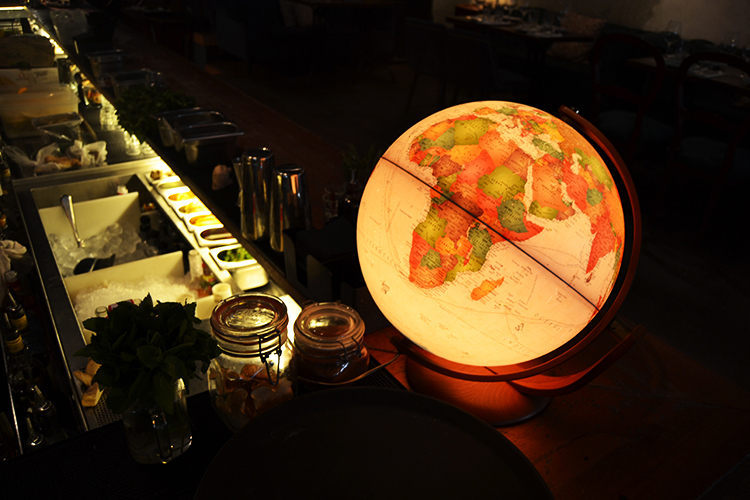 Though steeped in the history and culture of the Madrid, the club makes a point to bring a funky modernity to the more plush, stuffy aesthetic of imperial Europe. Its interior design speaks to a love of travel and appreciation of world cultures, its decorations inspired simultaneously by urban lofts in SoHo, N.Y., futuristic archetypes and a colorful conglomeration of different period furniture that shouldn’t go together, but does.

“People come here to eat something, to see something, to be with friends,” Nahuel said. At the Arts Club, people can experience several different aspects of Madrid’s culture at once. “The art is for sale, some people buy it.” 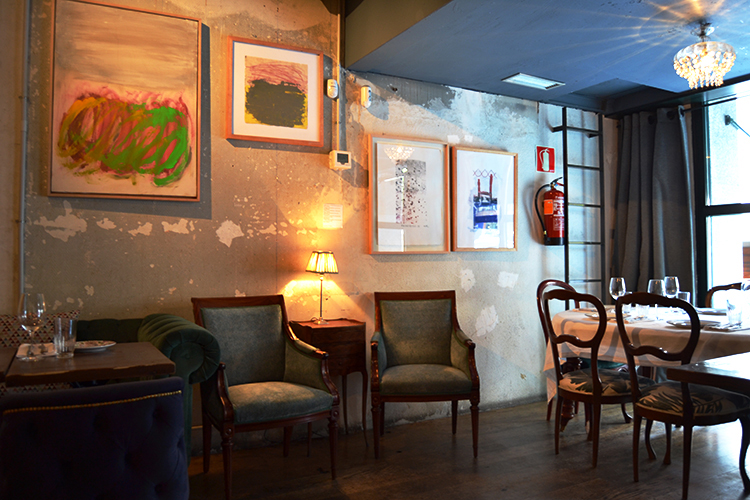 Earnings from painting sales go directly to the artists who created them, all of whom are locals. Their art fits the theme of exploration, some figuratively, as they explore and express themselves in the abstract as individuals of Madrid. A favorite of mine reminds me of the famous graffiti artist Banksy, as it takes elements of urban life and cityscapes and refines and elevates them as fine art, much like the club itself. Others seem influenced by the style of Spanish Golden Age painter Diego Velázquez, who was born in Seville and died in Madrid. Rather than acting primarily as a tourist hotspot, the club is filled with paintings by madrileño (Madrid) locals and the locals themselves, both their art and their personal stories of living in the city.

My experience at Arts Club Madrid was truly refreshing, and not just because of the ice water. Compared to all of the other many tired, run-down bars or too-pristine, white marble art museums seen while traveling, this club found the perfect balance of truly living both. Instead of going out just to drink, or just to see, I found myself out talking, experiencing and interacting with a unique culture and its history, something that can be found at few other places in this city.