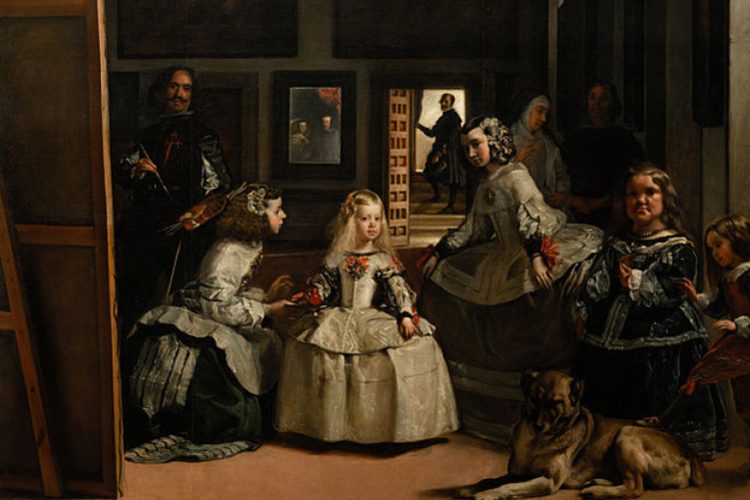 Velázquez’s Las Meninas played an instrumental role in Spanish art history and is his most famous painting. Infanta Margarita is the center foreground | Rachel Jones

The Infanta Margarita Lives On at Madrid’s Prado Museum

Rachel JonesSeptember 3, 2017
MADbudget: a local's guide to Madrid0 Comments 0
The following article is published in the #RGNNMadrid Magazine: Vol. III, Summer 2017, produced during ROOSTERGNN Academy’s Travel Journalism & Photography Internship Seminar in Madrid, Spain, under the editorial direction of RGNN Expert and Mentor Natalia Martín Cantero. Follow #RGNNMadrid for all of our Madrid coverage.

Infanta Margarita María Teresa de Austria is everywhere. Most people don’t know who she is, let alone know her name, but her presence is seen in merchandise, street art and gift shop souvenirs.

I first came across the Infanta Margarita during my first semester of university. I was enrolled in a humanities class about art and propaganda when my professor showed Diego Velázquez’s Las Meninas onscreen. Infanta Margarita appeared right in front of me at that moment surrounded by her family and attendants. 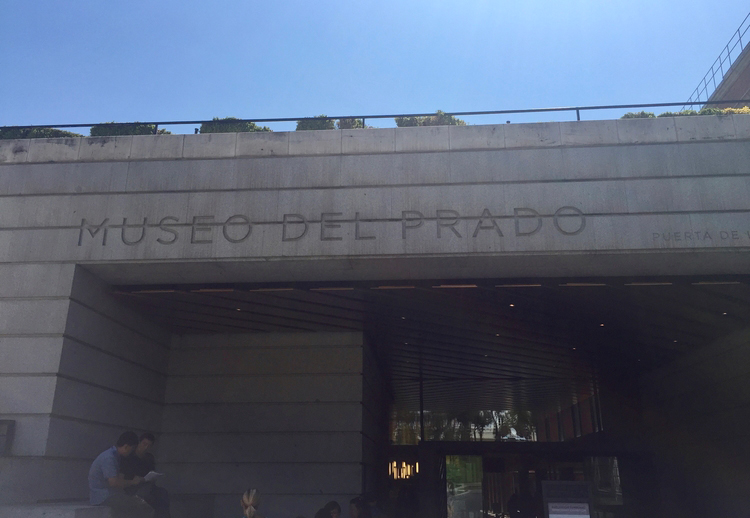 After seeing Infanta Margarita’s silhouette as part of an ad campaign for Chocolateria San Gines in Plaza Mayor, the famous painting returned to my mind. I decided to seek it out during my time in Madrid. I learned it was displayed at the Museo Nacional de Prado and spent an entire day there learning more about the painting and its place in Spain’s artistic history.

One of Velázquez’s largest and most complex paintings, he created it in 1656. It takes place in the Cuarto del Principe in Madrid’s Alcázar, which is where Velázquez also painted what became known as his finest work.

It features the Infanta Margarita in the center foreground surrounded by Maria Agustina Sarimento and Isabel de Velasco (two of the Queen’s meninas or maids of honor), the dwarves Mari Barbola and Nicolasito Pertusato, Marcela de Ulloa (the lady-in-waiting), a guardadamas (attendant), the chamberlain José Nieto in the doorway, and the faces of Philip IV and Mariana of Austria – the Infanta’s parents – reflected in a mirror in the background.

Velázquez – the artist himself – is shown in the left foreground of the painting working upon a large canvas.

“Velázquez influenced Spanish art history and started a trend among Spanish artists,” she commented. “Velázquez’s self-portrait in Las Meninas shows that he’s an artist, not merely a worker.”

“It brings a new perspective but also uses influences from the past,” she said.

Gonzalez said Las Meninas plays an important role in Spanish art history because it is the first painting where perspective is created.

“Velázquez utilized light and shadow versus lines,” she stated. “He uses light to introduce perspective.”

Gonzalez told me during our conversation that when moving from one side of the painting to the other of Las Meninas, it feels as though Infanta Maria, Velázquez, and the other people move together along with their viewers.

I went to Room 12 on the museum’s first floor to see the painting and test the theory myself.

When I arrived, I was surprised by the sheer size of the painting. Despite previously learning it was one of Velázquez’s largest works, I was still taken aback at its enormity and the attention it commanded. I spent several moments taking in the lights, shadows, use of aerial perspective in the painting and the expressions on everyone’s faces. I couldn’t look away.

I followed Gonzalez’s advice and walked back and forth, to and from both sides of Las Meninas. It really was like Infanta Maria, Velázquez, the King and Queen, the maids of honor, the ladies in waiting, the dwarves and the chamberlain were moving right along with me. I couldn’t look away, but eventually left so I could see more of the museum.

Afterward, I did some research on Infanta Margarita and learned more about the person she became after Las Meninas. I learned she remained an inspiration for Velázquez’s later work and married Leopold I, Holy Roman Emperor – a man eleven years older than her. I learned she settled in Vienna and that only one of her four children with Leopold I survived to adulthood. I also learned she was not a perfect person.

She also kept her Spanish customs and ways despite relocating to Austria after her marriage. She did not bother with learning German – the language of the people she ruled over – and resulted in a strong anti-Spanish sentiment amongst courtiers and the hope she would die so her husband could have a second marriage.

In a cruel twist of fate, Infanta Margarita died at the age of twenty-one after falling ill with bronchitis. Her husband remarried four months later.

After learning about her short, whirlwind life and premature death, I wondered if Infanta Margarita ever knew of the impact she had on others. Did she know of the inspiration she gave Velázquez? Did she ever wonder how future generations would look upon her for her anti-Semitism? Did she thought of her image appearing in advertising campaigns, fashion, souvenirs, and other artworks hundreds of years later ever cross her mind? How would we react in her position? How do we want history to know us?

These questions have not left long after viewing Velázquez’s Las Meninas. The painting is beautiful, has a strong presence, and profoundly influenced Spanish art and how it is viewed today. It inspired artistic techniques regarding perspective, light, and shadow, and is analyzed meticulously in art and history classes today. However, Las Meninas has taught me more. Although it taught me about artistic techniques, history, and its inspiration to other artists, I also learned the importance of learning about the people in the painting as people, not as subjects.