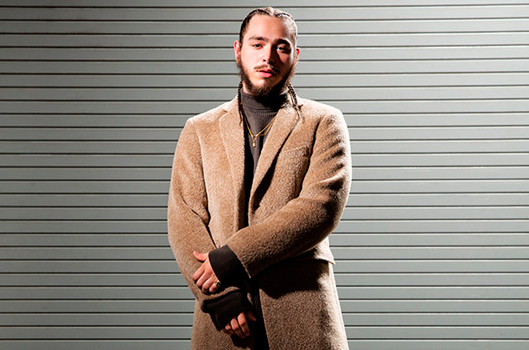 It is very clear that the influence mainstream music artists have on the world is prodigious, especially when it comes to new style trends. The season is fall, the month is October, and you are looking to be inspired for this year’s Halloween costume, or you just feel like your wardrobe needs to be upgraded.

The Billboard Top 100, for the week of October 28th, has been set on Billboard.com, and there is much inspiration to be drawn from the top ten artists without completely eradicating your next paycheck. 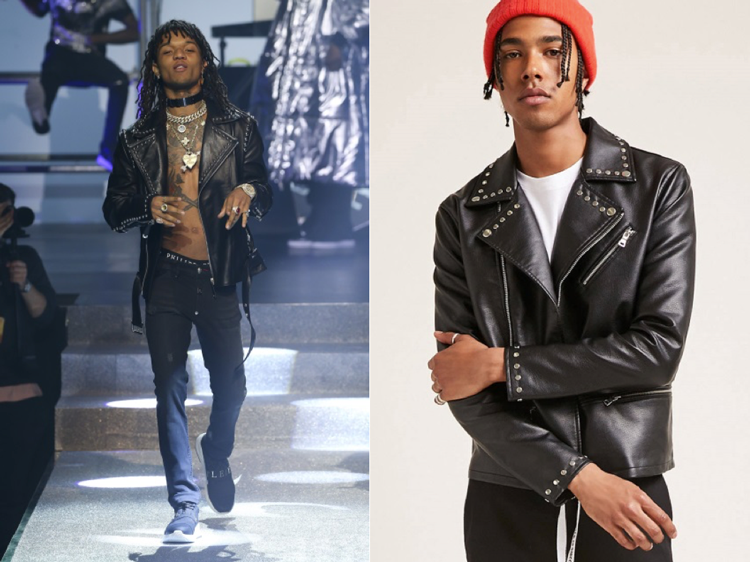 Swae Lee is becoming more and more influential in the world of music mainly due to his ability to create catchy hooks on some of the most popular songs, so it is no questioning Philipp Plein’s decision to feature Swae Lee in his spring 2018 ready-to-wear show sporting a studded leather biker jacket.

Get it for less: Forever21 sells a similar style for $39.99 which is tremendously less than any style of jacket on philippplein.com. Winter is right around the corner, and leather jackets are trendy, warm, and good for layering with a cozy hoodie in order to stay warm through the rest of fall and the winter.

Sheer and lace textiles are becoming very well-liked in the world of fashion, and who can forget when Demi Lovato wore this bold Zuhair Murad Couture piece to the 2017 VMA’s. When describing the style to Billboard, Lovato’s stylist, Law Roach, said the outfit was different and gave off the aesthetic of rock ‘n’ roll.

Get it for less: Not everyone can be the center of attention at the VMA’s like Demi Lovato, but you can resemble her at least (sort of) by buying a similar style from Asos for a much more manageable price.

Overcoats and bomber jackets are both very good style trends to take part in during the fall season. If you don’t already have a bomber jacket in your wardrobe, then your wardrobe is due overdue for an upgrade anyway. At the 2017 Billboard Awards, the Imagine Dragons were garbed in each of these things, and they make a great example of how to style each piece in their own way.

Get it for less: Overcoats and bomber jackets are typically very steep in pricing, but H&M and Asos have both styles for a moderate amount which allows you the opportunity to add some more outerwear to closet before it gets too cold. 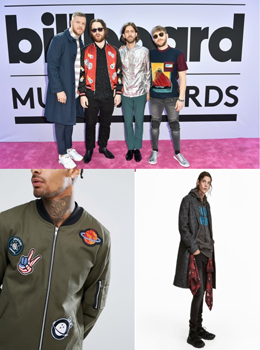 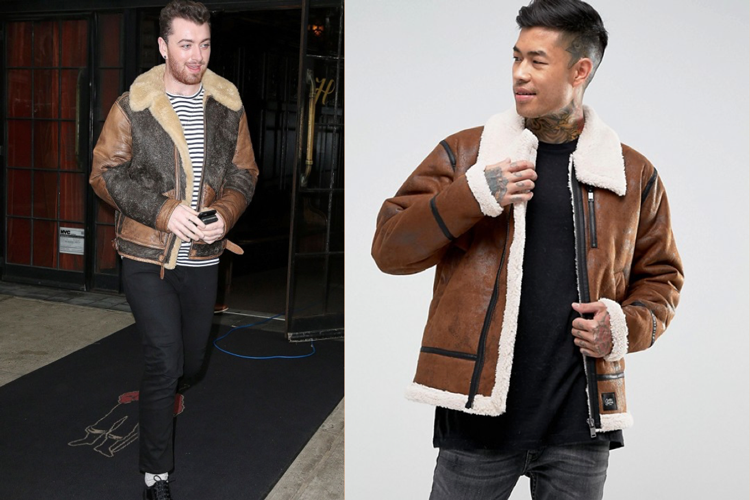 Sam Smith was acclaimed to be one of the music industry’s most fashionable guys in a vogue article by Edward Barsamian, and there is no questioning that sentiment as Smith is sporting a shearling statement coat by Ralph Lauren. There is no doubting how convenient this coat would be in the late fall and through the winter as the temperatures constantly decrease.

Get it for less: Polo Ralph Lauren is well known which means it is no secret that prices may seem extreme to some, but luckily Asos has an oversized shearling with faux fur by Sixth June complete with a tan color way. 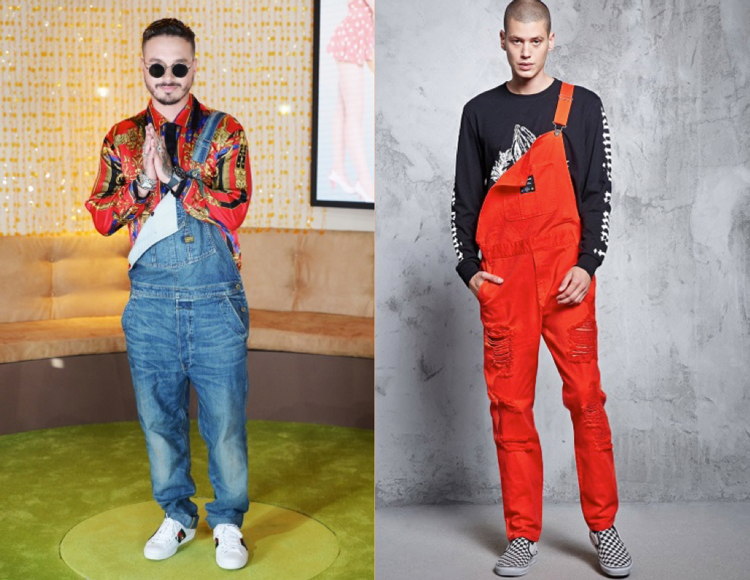 Colombian singer, J Balvin, isn’t the only music artist to style overalls as Chance the Rapper has made designer overalls his signature look, but Balvin certainly adds his own flavor to the look. Adding a pair of overalls to your wardrobe may not be such a bad idea due to the fact that they come in different colors and textiles besides denim.

Get it for less: Maybe you are going for more of a grungy look, and Forever 21 has just the style including distressed denim overalls in an orange colorway which is good for adding something different to the traditional look. Orange is a great color for autumn.

With their song, “Feel it Still”, Portugal The Man adds a very retro feel to their entire gig, and in today’s world of fashion trends repeat all the time. In this case this includes striped shirts, bowling shirts, and patterned sweaters all are essential to your look if you want to re-create the 70’s.

Get it for less: Asos has all these repeating trends that will help your style stand out when you’re casually walking down the sidewalk: here and here. 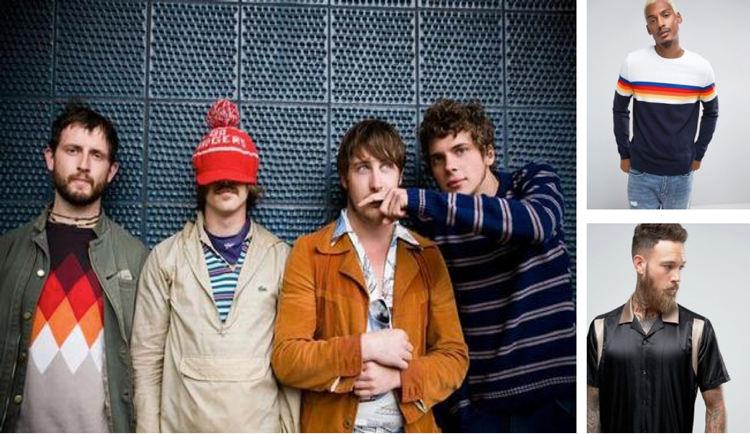 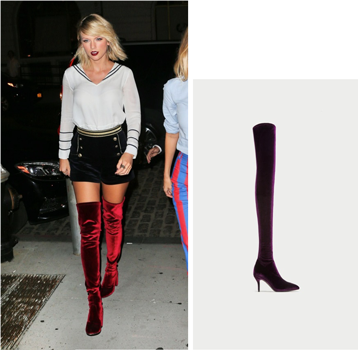 Thigh-high boots are a definite must have for the fall to style with your jeggings and statement coats. Taylor Swift makes us all desirous of her red velvet thigh-high heels similar to those on Aquazzura for $995.

Get it for less: You can purchase a much more affordable pair on Zara for $100 in an Aubergine colorway to add more color to your shoe wall. 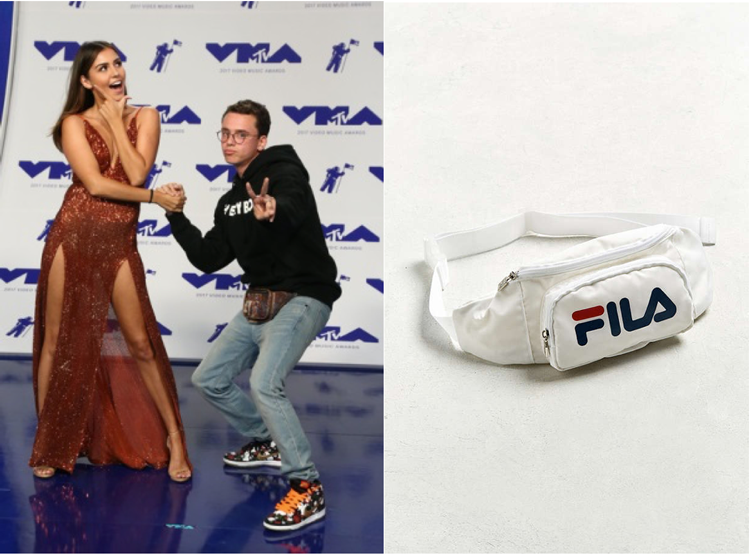 Logic’s style, although more unconventional to others, provides inspo. Sling bags are very popular, and Logic wore one to the 2017 VMA’s continuing the already very popular trend. Sling bags are not only styish, but they are good to have when you have some extra things to carry.

Get it for less: Urban Outfitters carries a sling bag in white with the FILA logo for $34. 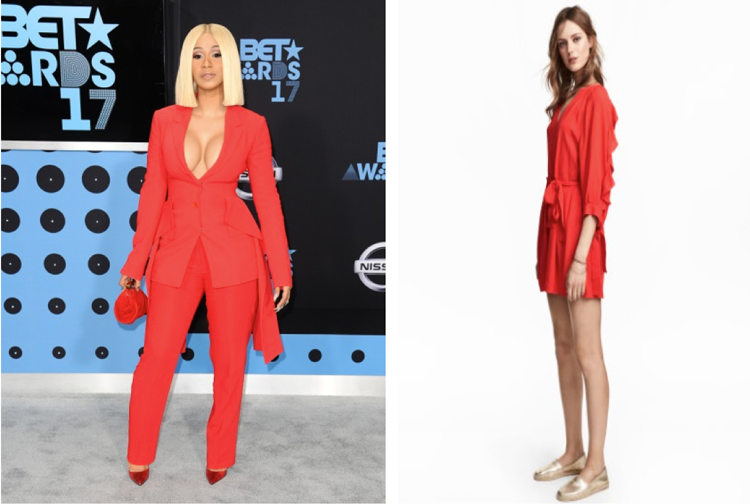 Cardi B has gained popularity quickly with her song “Bodak Yellow” hitting the charts, but she is also showing that she has style with her pantsuit, in all red, at the 2017 BET Awards. It is always good to have a stylish, but business casual piece in your wardrobe at all times ready to go for your next interview.

Get it for less: This style by H&M can be worn to an interview or out with friends to a nice restaurant.

Trench coats are a classic trend of the winter because of how stylish and versatile they are. Dress up formal like Post Malone in his all white Dolce and Gabbana coat, or add a hoodie and distressed skinny jeans for an urban street look.

Get it for less: ASOS has many styles to choose from without spending extreme amounts, and you can walk downtown wearing this classic trend. 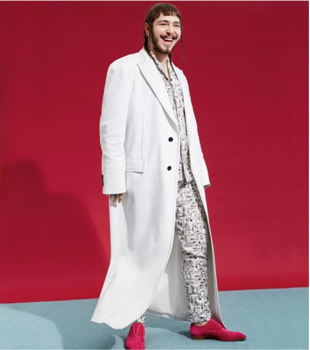 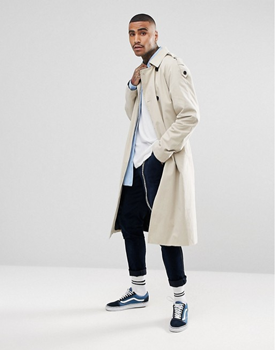