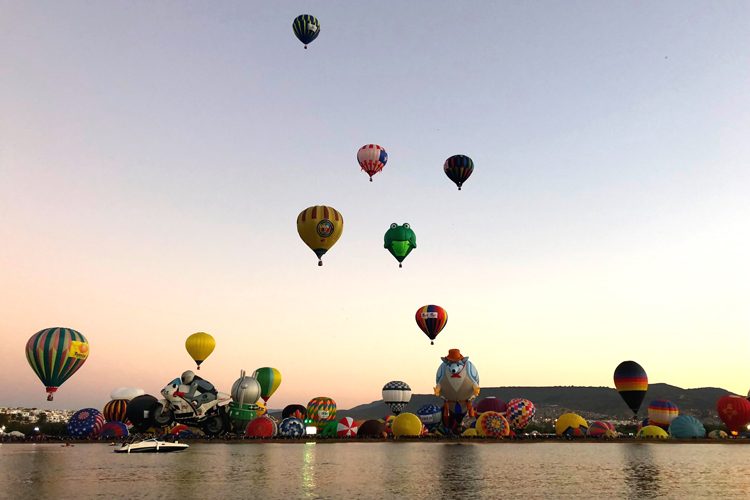 The Ultimate Guide to the International Balloon Festival in León, Mexico

The “Festival Internacional del Globo” takes place in the historical, colorful town of León, México. This festival features more than 200 hot air balloons coming from 23+ countries worldwide. The festival is ranked among the top 3 international events of its kind. The event does not only include hot air balloons, but it also includes concerts with well-known artists, exhibitions, areas for sports, fun cultural activities, camping spots, markets and plenty of delicious food options.

The festival goes back to 2002 when the first version of the event was held with only 27 hot air balloons, having now an increment in size of 1250%!

Easiest way to get there?

Flying into the International Bajío airport (BJX). This airport connects the cities of León, Irapuato, Salamanca, Celaya, San Miguel de Allende and the state capital Guanajuato. The city of León is just a 35-minute car ride away. The hotels are usually fully booked for the whole weekend so we will suggest making your reservations with months in advance. 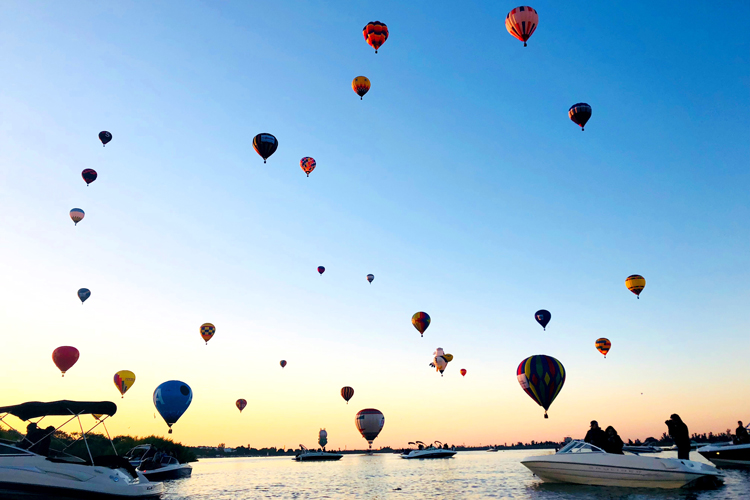 The festival takes place in a park called “Parque Ecológico Metropolitano de León” which is quite close to the city center. The tickets cost $100 mxn and you can buy them in advance online or outside the park, do note that if you go out of the park and want to come back later you would need to buy another one.

Visitors are welcomed starting at 5 AM and strongly encouraged to show up between 5 am and 6 am, the balloons will be inflated during this time and will slowly take off as soon as they’re ready. Once the balloons are flying they’re pretty much visible anywhere in the city. We would suggest grabbing a spot close to the lake since the view is breathtaking, the sky is covered with colorful balloons in all shapes and sizes, the sunrise is reflected in the water and the music is blasting. Make sure to bring your camera to capture this unique, beautiful view. The balloons are done flying by 8 am, so yes, I promise the alarm at 4am in the morning is totally worth it.

The weather might be a little chilly so do bring a jacket or a light blanket. If you get hungry, food and drinks are allowed inside the park just not alcoholic beverages, you will find street vendors selling candy, corn, french fries, churros, potato chips, ice cream, etc. and a huge food market where tacos, burgers, hotdogs, sandwiches and plenty other food options are available. During the night, you can walk between the balloons which are inflated and lightened up, if you’re lucky you might catch a pilot and have a talk with them. Every night the festival offers a different concert, which is included in your entrance ticket. 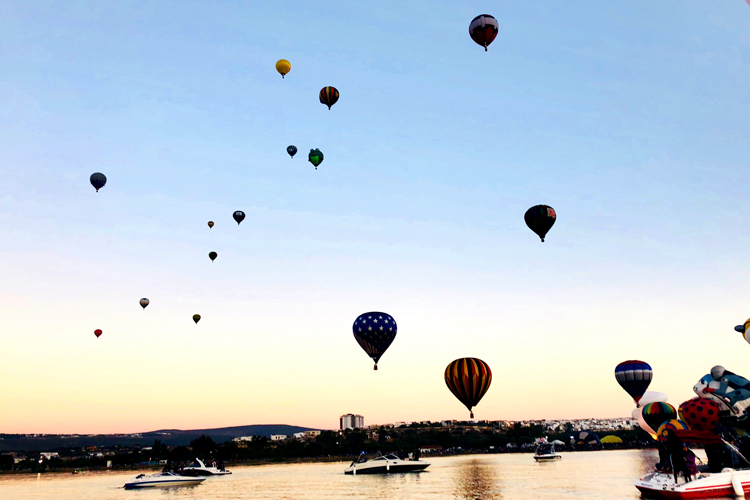 What else to visit nearby

Close to León you can find the picturesque city of Guanajuato, beautifully decorated with a mix of colonial architecture with neoclassical and baroque style. This city is well known for The Alley of the Kiss, the Mummy Museum, the mines, their funicular, the theatre, El Pípila monument, the cathedral and their astonishing views. If you want to add up to your visit to the festival this city is going to have you head-over-heels with it’s beautiful history and cultural engagement. Guanajuato has been ranked by several travel sites within the top travel destinations worldwide.

Guess what? The dates for the 2018 festival have been recently published! The event will take place from November 16 until November 19, 2018. See you in León!