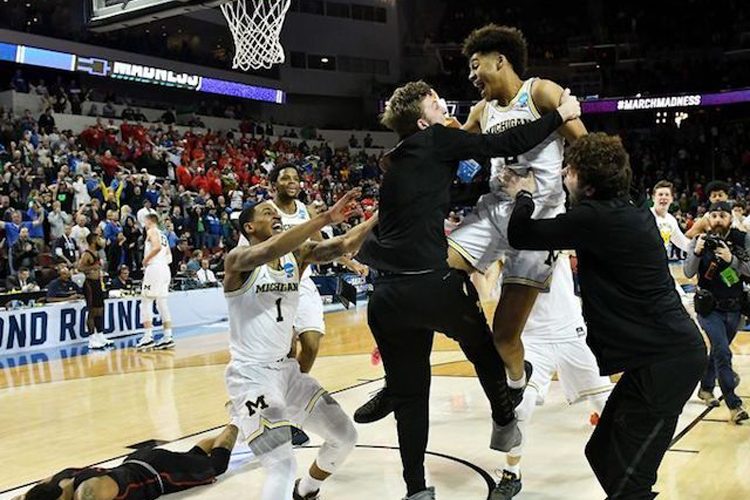 Every year at the end of the NCAA Basketball Tournament, a video is released highlighting all the best plays and storylines from the tournament, set to the music of David Barrett’s “One Shining Moment.”  Barrett wrote the song after watching Larry Bird play in the 1986 tournament.  In all reality, the song is inaccurate— each year, March Madness gives the world so much more than just one shining moment.  This year was no different.

The madness started early on the first day. 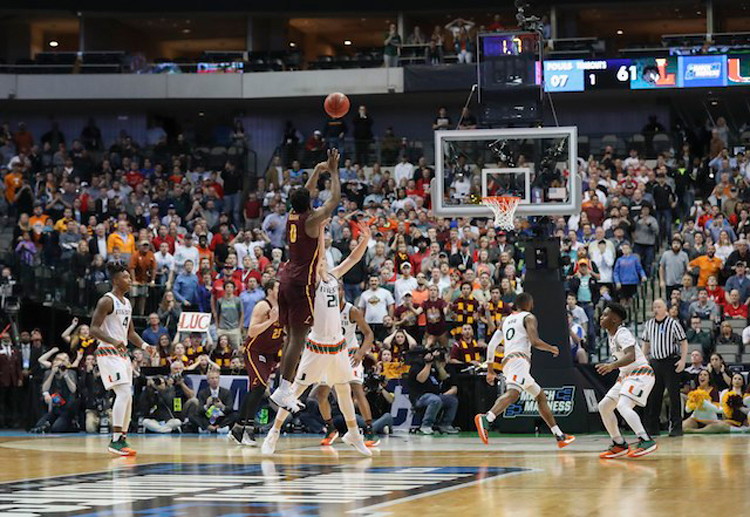 The Rhode Island Rams barely held off Trae Young and the Oklahoma Sooners in the tournament’s first game, thanks to the scrappy defense of Fatts Russell and a late-game three by E.C. Matthews.  Gonzaga and North Carolina-Greensboro went back and forth all game long, but Zach Norvell’s corner three with twenty seconds left on the clock sealed the game for Mark Few and his Zags.  Eleven-seed Loyola-Chicago was the first upset of the tournament, knocking off six-seed Miami on a three by Donte Ingram from the March Madness logo at the buzzer.  The win also launched Sister Jean, team chaplain for the Ramblers, into stardom, as well as our hearts.  Kentucky, led by freshmen Kevin Knox and Shai Gilgeous-Alexander, barely held off an upset bid from Davidson, who was in the tournament for the first time since 2008, when Steph Curry led the Wildcats to the Elite Eight.  Rob Gray’s 39-point performance, capped by an acrobatic layup with 1.1 seconds left in regulation, gave the six-seed Houston Cougars a 67-65 win over San Diego State.  Nine-seed Alabama held off eight-seed Virginia Tech late, winning 86-83, and providing the tournament with its second upset.  The biggest upset of the first day, however, came when four-seed Arizona squared off against Buffalo.  Arizona was a serious contender to win the whole tournament, led by freshman star and NBA draft lottery shoo-in DeAndre Ayton, but the thirteen-seed came out and dismantled the Wildcats, winning 89-68.

Over 17.3 million brackets were filled out for ESPN’s Tournament Challenge.  After the first day, 6,306 were unblemished, compared to over 154,000 the year before.  0.04% of brackets correctly predicted the outcomes of the first day’s games.

The second day of the first round would destroy even more brackets. 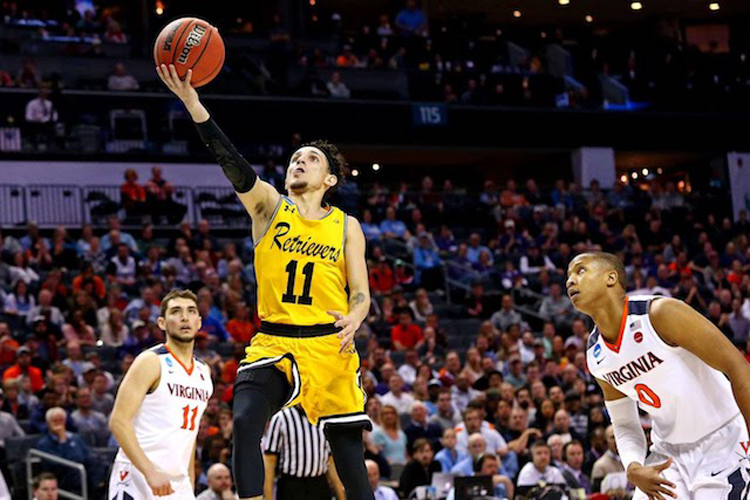 The first game of Day Two started in style, with a matchup between ten-seed Providence and seven-seed Texas A&M.  Though the game was close early, Admon Gilder’s three with 2:41 left in the second half to put the Aggies up 10 hammered the nail into the Providence’s coffin.  3,243 brackets were still without a loss after the game.  Thirteen-seed Marshall upset four-seed Wichita State, thanks to the limitless range of Jon Elmore.  The Shockers’ surprisingly early exit from the tournament left only 377 brackets still perfect.  Ten-seed Texas lost to seven-seed Nevada 87-83 in overtime.  Despite Nevada being the higher seed, many picked the Longhorns would advance to the second round.  The loss left only 64 brackets still pristine.  Kansas State’s ten-point win over eight-seed Creighton destroyed another 31 brackets, leaving only 33 perfect ones left.  Eleven-seed Syracuse, who defeated Arizona State in one of the play-in games, beat six-seed TCU by 5.  But the biggest upset of this year’s tournament, as well as the biggest upset in the history of the NCAA Tournament, came at the hands of the sixteen-seed University of Maryland-Baltimore County.  UMBC, a school many hadn’t heard of before Selection Sunday, was set to take on ACC conference champion Virginia.  The Cavaliers were the tournament’s top overall seed and had lost only two games all year, and coming into the game, Virginia was favored by 20½ points.  The two squads went into halftime tied 21-21.  But after the break, UMBC outscored Virginia 53-33, winning 74-54.  This victory marked the first time in college basketball history that a sixteen-seed had defeated a one-seed.  All 17.3 million brackets were busted.

The second round also had its fair share of madness, with luck running out for some, but not all, underdogs.

Alabama lost to one-seed Villanova.  Buffalo fell to Kentucky 95-75, and two-seed Duke sent Rhode Island packing with a fifteen-point victory.  Three-seed Michigan scraped by against Houston, barely pulling out a one-point win, thanks to a long-range buzzer-beater by Jordan Poole. Butler, Marshall, and UMBC all fell in the second round to Purdue, West Virginia, and Kansas State, respectively. However, the second round contained no shortage of upsets.  Nine-seed Florida State knocked off one-seed Xavier by five.  Texas A&M trounced last year’s tournament champion, North Carolina, by 21.  Seven-seed Nevada trailed two-seed Cincinnati by twenty-points with 11:34 left in regulation, but came back to win 75-73.  But eleven-seeds Loyola and Syracuse both punched their tickets to the Sweet Sixteen, with wins over three-seeds Tennessee and Michigan State.

After a week of anticipation, the Sweet Sixteen was finally upon us. 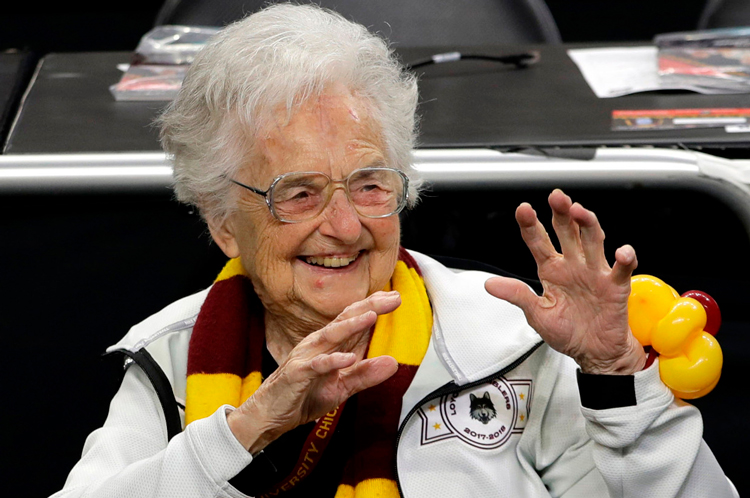 Finally, it was down to the Elite Eight— eight teams vying for a chance at the Final Four in San Antonio.  On Saturday, Loyola and Kansas State squared off first in the first-ever NCAA tournament game between a nine- and eleven-seed.  Led by Ben Richardson’s 23 points and 6-7 shooting from deep, Loyola won the South Regional Championship, 78-62.  Michigan and Florida State were up next, with the winner advancing to take on Loyola.  Both teams had troubles on the offensive end of the floor, but Michigan, led by Charles Matthews’ seventeen points and eight rebounds were enough to take down the Seminoles, 58-54.  Villanova and Texas Tech took the court for Sunday’s first matchup.  While both teams shot just 33% from the floor, Villanova shot 29-35 from the free throw line, compared to Texas Tech’s 14-18.  Villanova won 71-59 and secured a spot in the Final Four for the second time in three years.  With one last spot up for grabs in San Antonio, blue-bloods Duke and Kansas prepared for battle.  With just a few seconds left in regulation with the score tied, Duke senior Grayson Allen put up an off-balance jumper from ten feet out.  The ball rattled around on top of the rim before falling to the floor as the buzzer sounded, forcing the game into overtime.  Kansas guard Malik Newman scored all thirteen of the Jayhawks’ points in overtime, and it was enough to send Mike Krzyzewski’s Blue Devils packing.  Kansas won 85-81.

The stage was set in San Antonio.  Loyola-Michigan.  Villanova-Kansas.  Only 550 brackets correctly predicted the Final Four.

Loyola and Michigan took the floor first.  The Ramblers were hot early and held a seven-point lead at the half.  But Michigan’s 36-18 run over the final fourteen minutes of the game was more than enough to secure their spot in the title game.  Wolverine forward Moritz Wagner totaled 24 points, 15 rebounds, and three steals in the win.  One-seeds Kansas and Villanova were up next to see who would face the Big Ten champions on Monday night, but the game was over as soon as it started.  Villanova started the game on a 22-4 run and never looked back.  While the Jayhawks made a bit of a comeback, it wasn’t enough to stop the red-hot Wildcats, who made a tournament-record eighteen three-pointers.  Six different players on the Villanova squad reached double figures in scoring, led by Eric Paschall’s 24.

One more game, for all the marbles.  One-seed Villanova versus three-seed Michigan. 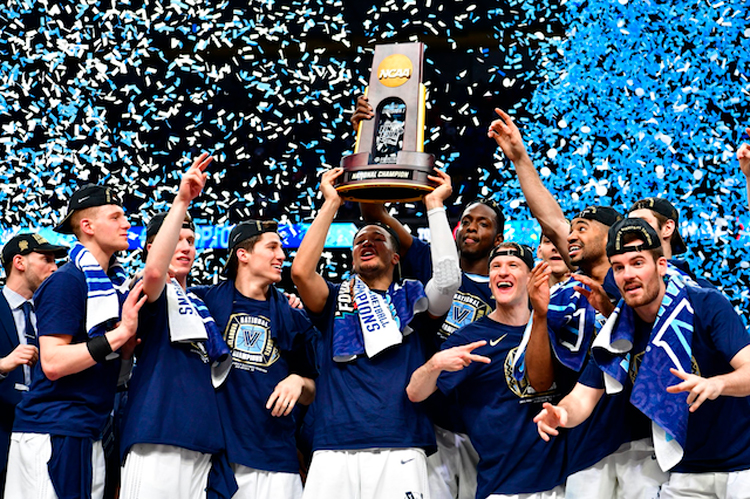 The Wolverines jumped out to an early 21-14 lead.  They had all the momentum, and things were looking good for the blue and maize.  And then Donte DiVincenzo happened.  The Wildcats’ backup guard exploded for a career-high 31 points on 10-15 shooting, and the Wolverines could not do anything to stop him.  Villanova led by nine at halftime and outscored Michigan by eight in the second half to claim their second championship in the last three years.

This year’s NCAA Tournament had so much more than just one shining moment.  Villanova proved they were a national powerhouse.  UMBC made history.  Sister Jean became an Internet sensation.  Every single person had torn up, spit on, and thrown out their bracket less than forty-eight hours after the tournament started.

Start the countdown now.  Eleven months until March Madness is back.