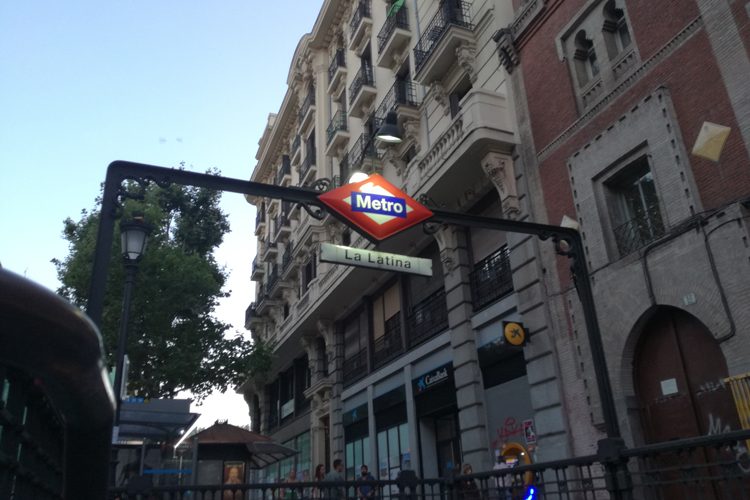 Discovering the Underground World of Madrid

Have you ever wondered how a mouse feels while running away and stumbling between people’s legs trying to reach its destination? You will the second you step inside Madrid’s metro system. In a huge world of stations, hallways, platforms and rushing trains you will get lost in a running marathon where everyone know their finish line while you are standing still, like a lost baby looking for his or her mother to lead the way.

But it’s just another city, you’re an adult now and you do not need your mom, so you hold yourself together and buttonhole a person (probably more than one) to ask about which line you should take to your destination. As you go downstairs, a blast of air hits your face while a metro train flashes in front of you. As you try to ask again about the destination of the metro, your voice will get lost in the echo with the sounds of chit chats, doors opening and the  metro loudspeaker making announcements you won’t understand.  Welcome to the underground world of Madrid! 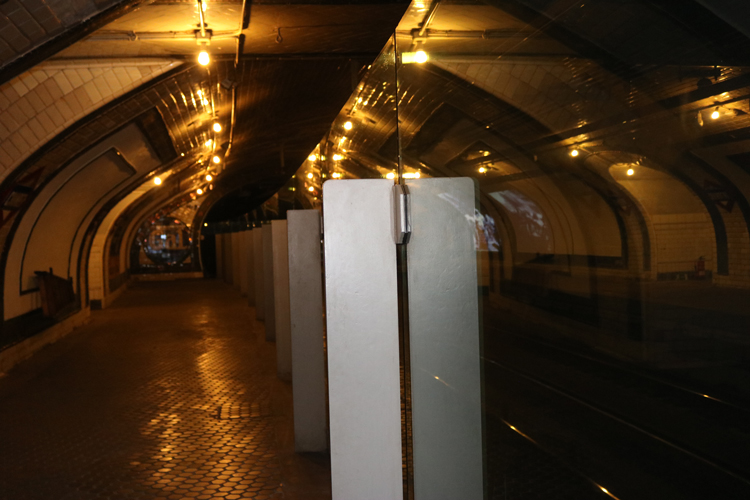 The Madrid metro is a subway system that covers most of this city of 3.3 million people but had humble beginnings. On October 19, 1919, the metro was opened to the public after four years of planning and construction. After getting approval, funds and a plan, the three engineers behind the system started off by creating two lines that later expanded to today`s 12 lines (plus a branch line) and 231 stations in a network totalling a distance of more than 175 miles. 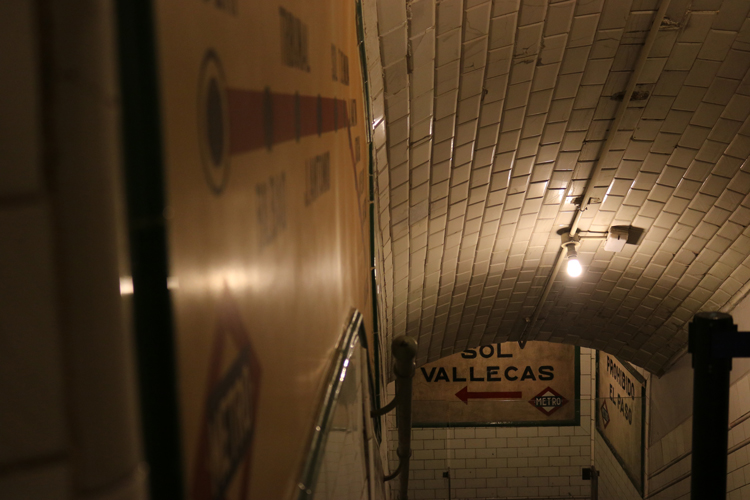 Using the metro can be a little bit confusing for a tourist. Learning the hard way, it’s actually easier than it looks. First things first so you really need to read the map. Once you spot your destination you look for a line or lines which has both your location and destination. You count the number of stops you have between the location and the destination and directly follow the number of the line in the metro and where you may have to change lines. And you will get help inside the metro as on most cars there are loudspeakers which announce the next stop. 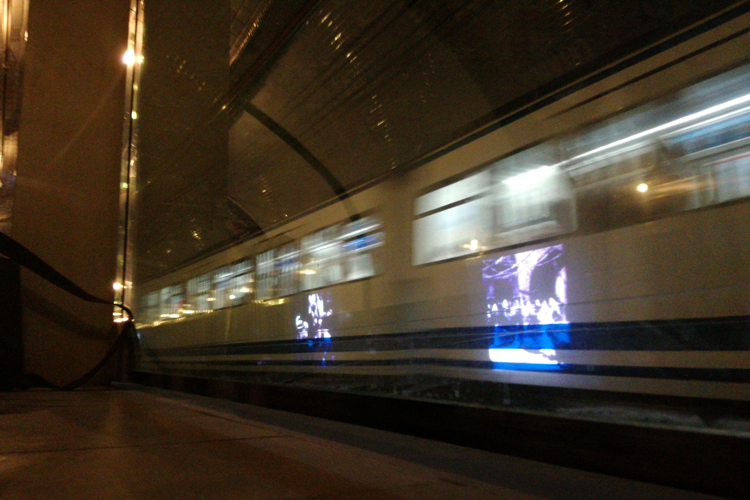 When traveling as a tourist, you are definitely doing so on a budget. In this case the metro is the best solution if you don’t want to go broke in the first few days of your visit. Like any other city you still have to pay for the metro ticket; however there are a lot of deals. The price of a metro ticket for one journey is €1.50 (around $2) which you can buy from the machines in any station. But if you are going to keep moving all day, you will end up spending a lot of money on transportation. In order to travel cheaper, you have two options: a 10-journey metro and bus combination ticket which costs €12.20 or the tourist travel pass which is valid for seven days costing €35.40.

A lot of people may not prefer to use the metro, especially for a tourist. In other words, you traveled the miles in order to experience the city, not the underground. Walking might really be a better idea to explore the beautiful neighborhoods. One resident noted, “even though it is very efficient for us citizens, as a tourist you shouldn’t be wandering around the city with the metro, you should go out and see the beautiful streets of Madrid!” 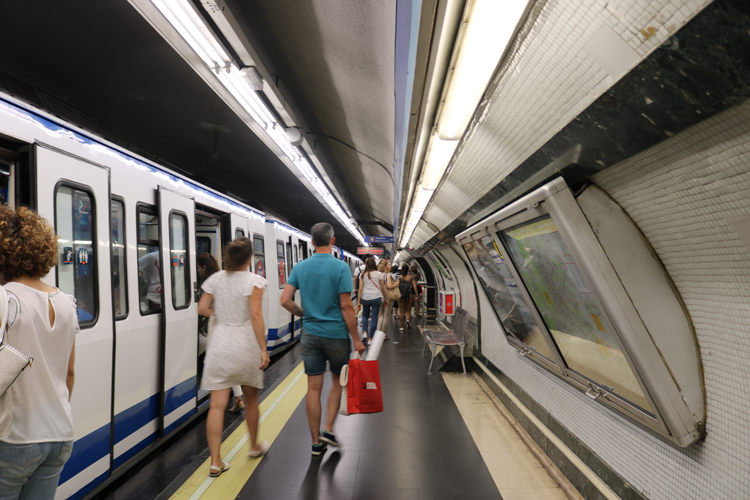 Metro during the Day | Noha Miari

But at the same time you don’t want to end up sunburned, sweaty, and tired by only covering one neighborhood. This is where you appreciate the convenience of the metro and surrender to the “Underground World”.

Who said the metro is lifeless anyway? In the Madrid metro, you can find musicians, workers and employees, families, sellers and tourists. You can see the whole community from different positions and financial levels, all gathered in one place breaking the walls between each other and just enjoying the ride. So you get into the station, buy water and some kind of snack, go down to the hallway, watch a one-man show then go down have a small chit chat with another person and enjoy the ride. You have eaten, been entertained, made a friend and reached your destination within 10 minutes. What could be better? 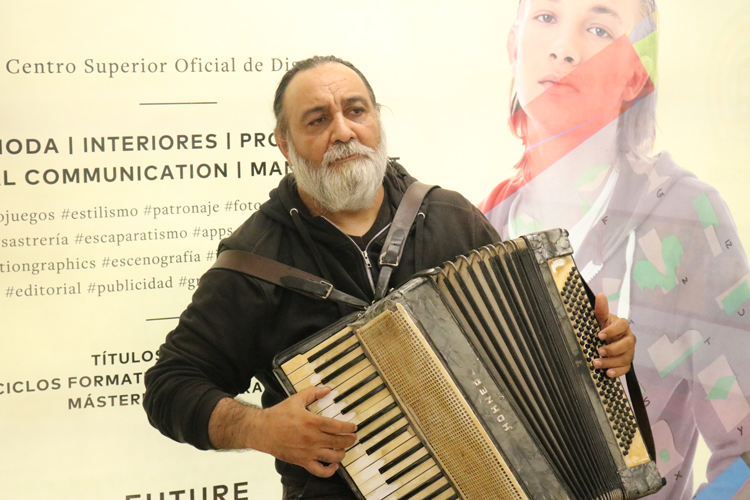 For a glimpse into the metro’s past, visit the so-called “Ghost Station” located between the Bilbao and Iglesias stops on the blue line (line 1) and a short walk to Plaza Chamberi.  So why is it called the “Ghost Station”? Did someone die there? Is it filled with spirits? Was there a fatal accident? None of the above. The engineers decided to expand the line in the 1960s and since the station is built on a curve and very close to both Bilbao and Iglesia it didn’t make sense to renovate it as well. The station was eventually closed but they kept the rails and the tile advertising signs. The station is still there and trains still run it though it without stopping, and because it’s very aesthetic it was turned into a museum. Videos are screened on the wall inside the station and it takes you back to 1919 when you relive the wonderful story of this Underground World.

A lot of countries don’t have the metro system, so it is a totally new means of transportation for visitors from those unlucky nations.  Many tourists are amazed by the metro system, the space it covers and how cheap it is.  They also consider it very time efficient. 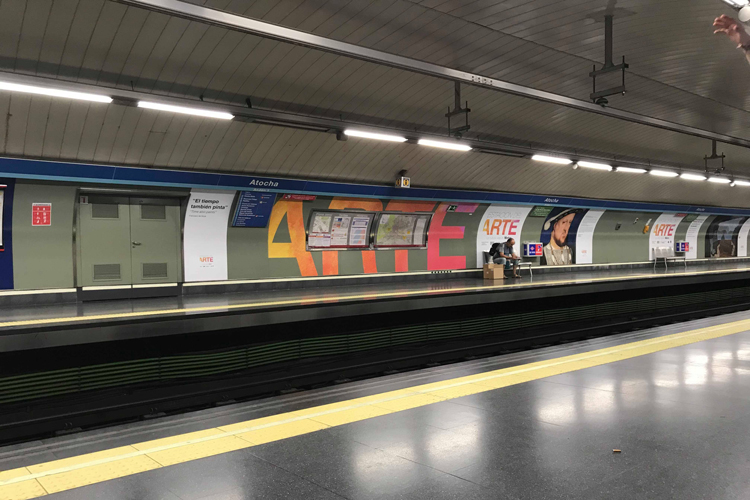 At the end of the day, you enter the metro station. You are so confident; you don’t even look at the map (okay maybe one glance just to make sure you are heading in the right direction). You walk through the empty hallways while the sound of an accordion is still stuck in your mind. You wait for the metro to arrive as the echo overshadows the silence that permeates the area. As you enter the metro car, you grab a strap with your head held high. You are all grown up now, it only took you few tears, a couple of wrong stops, a little bit of confusion, but you finally made it. In this moment you feel as if you are the lead in a big Hollywood movie, so you look to the front, smile at the camera and say, “Mom I made it in the Underground World of Madrid”.