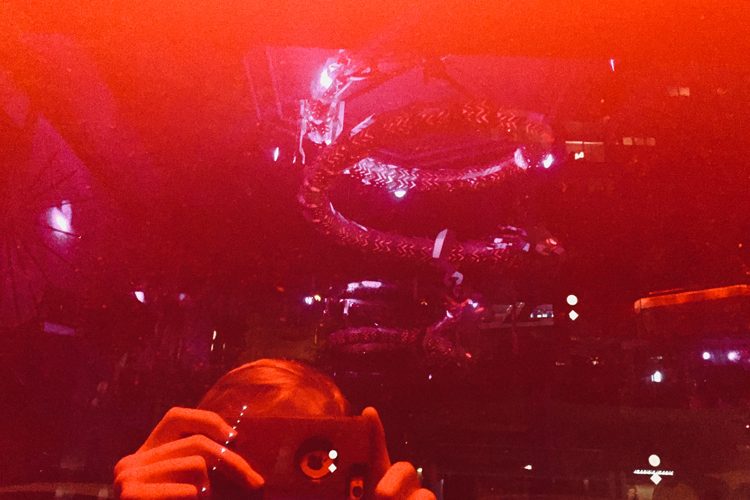 Understanding Spanish Nightlife, Club Culture And The Artists Active Within The Movement

It is Wednesday night at the club Liberal Eden where patrons both young and old navigate through the dark atmosphere. Everything is red and black, bondage crosses adorn the walls and private dance rooms are hidden behind veils for discretion and privacy.

“No pictures or videos please or you will be removed” warns the doorman. To enter this shamelessly kink themed club, one pays 50 euros (around $57) which covers entry, two drinks, a locker and a towel. At first confused at the purpose of the towel, it became quite clear when the black lights illuminated showers and beds placed throughout the maze-like, multistory envi- ronment.

When thinking of Spanish nightlife, the image in many people’s minds is partying on a boat in Ibiza. This is one of the popular destinations for party people, but it does not represent the vast and at times overlooked club culture n the Spanish capital. Club Liberal Eden is for people looking for sex and swingers, but casual interactions like drinking or conversation can be found. “Not everyone here comes to get freaky, haha, most just drink and socialize,” says the bartender as he cleans a beer mug. Even though some of the more audacious people wander the halls wearing nothing but a towel, many are fully clothed and sit at the glowing red neon bar and the tables lining the wall. 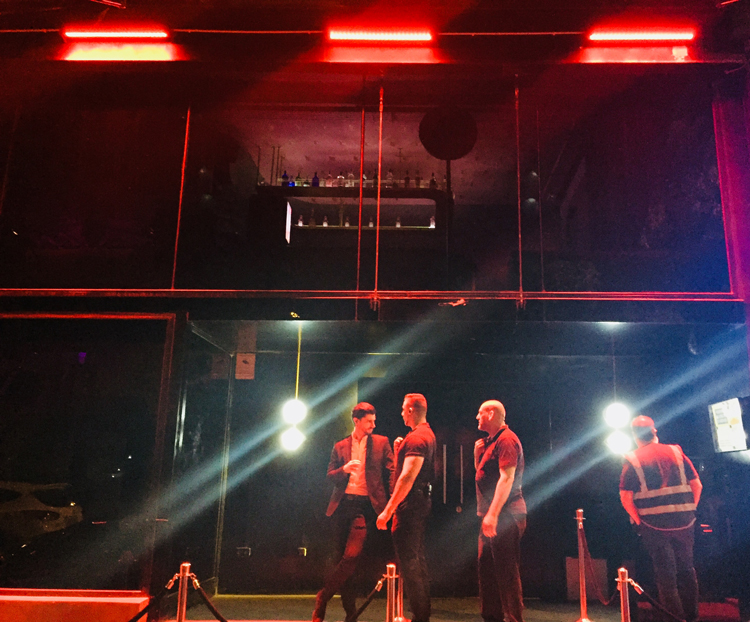 Not many venues like this exist within Madrid; many offer a more traditional night life experience such as Goya Social Club, Teatro Kapital and Twist. The rhythmic beat of Spanish R&B and hip hop can be heard throughout Liberal Eden, yet there are no DJs or musicians. For those seeking techno, house and other dance music genres, Madrid is known worldwide for its forward thinking scene.

For the night owl willing to stay up late in order to dance, Goya Social Club and Teatro Kapital offer distinct disco, techno and house music themed nights. In true night club fashion, these locations only open at midnight from Thursday to Saturday. For those wanting harder dance music like breaks, half time and drum & bass, Twist is a popular choice. Goya Social Club is inspired by the night club scenes popular in Berlin, London and Paris. All of these clubs are located within Madrid yet are known worldwide for their electronica and sophisticated atmosphere.

Famous DJs and musicians from all over the world have used the CDJs at Goya, such as Brodinski, Breakbot, Purple Disco Machine and Alex Metric. Like any proper dance venue, it has Pioneer CDJ 2000s and a Pioneer mixer. As for the dancers, expect to see a range of professional and casually dressed partiers. At Teatro Kapital there is no specific dress code, the club policy is to look good and be presentable.

Goya has only one floor and offers a great dance club environment, but Teatro Kapital offers a much more exciting and dynamic experience. Teatro Kapital is considered to be the largest and most famous night club in Madrid. It offers seven additional floors of music and entertainment for club goers. The main floor features a long, wide and spacious dance floor as well as the main DJ booth. Each ascending floor caters to a specific need. The more private dance areas are located on the 1st floor, a Karaoke bar on the 2nd floor, R&B music on the 3rd floor, a cocktail bar on the 4th, a party zone on the 5th, Bacardi area on the 6th and a smoking lounge on the 7th.

The club environment is immensely important for nightlife adventuring, the experience is not complete without some top tier talent behind the decks. Some of the world’s best DJs, produc- ers and live musicians are from Spain and many choose to isolate their DJ career within the country through club residency. Spain is home to world renowned artists like Danny Avila, John Talabot, Alex Ferrer, LOYALTY XIX and YDVST.

All of these artists share the same country of residence, but their genres widely vary. Avila is famous for his electro electronica, but Talabot has made a name for himself with his house music. 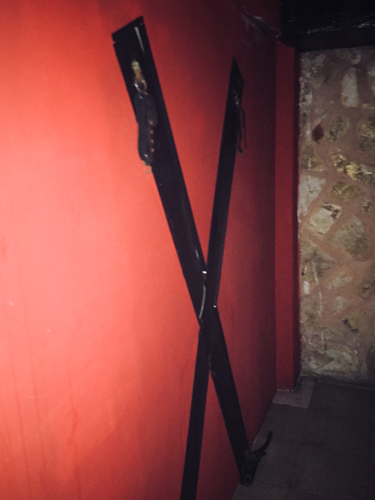 Spain and the city of Madrid may seem to offer standard club fare, but when compared to the international club culture and nightlife scenes scattered across the globe it becomes apparent there is nowhere else quite like it. Spain is considered one of the top ranked electronica and dance music destinations and has garnered immense respect across the world. Mostly every city in the world probably has a dance club and local DJs, though not many cities have developed such a unique and progressive culture quite like Madrid.

Comparable to the nightlife Meccas of the world like Berlin, Chicago, London, Detroit, Tokyo and Paris, Madrid is at the tip of the spear for the global club movement. Additionally, it shows no signs of slowing down, new clubs are being built and new artists continue to emerge every year. With a city as competitive and respected as Madrid, the inspiration to become a club DJ is easy to understand.

Much like the famous clubs, Spanish electronica festivals have garnered prestigious respect on the global electronica circuit with festivals like Sónar, Mad Cool, Primavera Sound and Bilbao Live. Sónar itself is considered one of the largest and most famous electronic music festivals in the world, so big it is divided into two parts; Sónar By Day and Sónar By Night. In 2018, YDVST, whose real name is Diego Crosses was invited to play.

Despite being popular online and accepting the offer to perform at one of Spain’s most prominent music festivals, YDVST doesn’t frequent clubs. Focusing more on commission work for clients and movie scoring, YDVST earns money by selling music compositions to third parties. He is busy and rarely gets free time as clients often need material quickly, forcing him to work late hours.

“This freelance world doesn’t understand much about social life,” says YDVST. “My client responded already with the stuff I sent this morning so I need to stay working again tonight.”