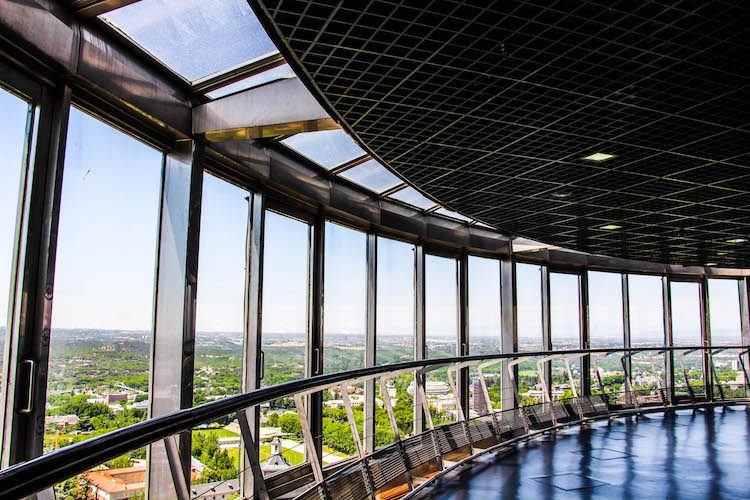 The marvelous views found once one ascends the Faro de Moncloa lookout. Off in the distance, the Sierra de Guadarrama mountains can be seen, although pictures do not do this view justice | Paige Kocourek

I am about to divulge strictly confidential information meant for the sole eyes of travelers and adventurers. Information that is, as some may say, classified; hidden treasures within the enchanting city of Madrid. This article has now become your greatest asset when planning your next adventurous extravaganza in Spain.

Through detective-like research and interrogations of a few locals, I discovered furtive experiences I planned to follow up on. To begin my covert endeavors, I set out to find the secret nun cookies. 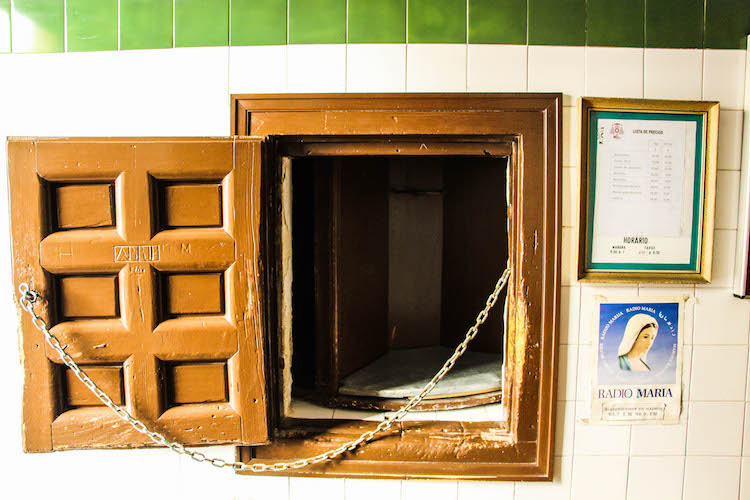 The wooden revolving counter found after wandering through the passageway within the Monastery of Corpus Christi. The framed picture to the right of the counter displays the delicious cookie choices | Paige Kocourek

“You have arrived at your destination.” That was Siri notifying me I had reached my intended stop: The Monastery of Corpus Christi. I was looking for cookies. Yes, cookies. Cookies prepared by cloistered nuns who avoid being seen by the public. I was in a state of confusion when I couldn’t find the entrance. I walked over for further inspection and came across a buzzer. Through prior investigation, I knew I had to use the code words “tienes galletas?” (“do you have cookies?”) to obtain entrance. The secret words were spoken and the wooden door revealed a passageway leading me to a revolving counter. I asked for cookies while simultaneously placing money on the counter. It immediately spun to reveal a box of cookies, of which I took, and revolved once more baring my change. I had officially obtained the most unique cookies imaginable. Feeling like Nancy Drew, I strut through the passageway back to reality.

Following a thrilling adventure of weaving through a monastery to obtain nun cookies, an equally delightful affair is a must in order to maintain the excitement. When one visits Madrid, they may not imagine relaxing in Arabian baths, which is why this clandestine spot is next on the list. If you are looking for the epitome of tranquility and relaxation, venture to the Hammam Al Ándalus Arabian baths. The underground sanctuary, consisting of three baths, is situated in an ancient cistern; evident from the exceptional architectural design of the Arab baths. As a reliable informant (being the chief of marketing for Hammam Al Ándalus) described, “Hammam Al Ándalus allows us to enter in a magic space that transports us to that lost era of the Arabic past, in our case, in Madrid.” A focus on individuality makes the Arabian baths a necessity for any traveler or adventurer. It was a Sherlock Holmes like find; an unforgettable occasion. 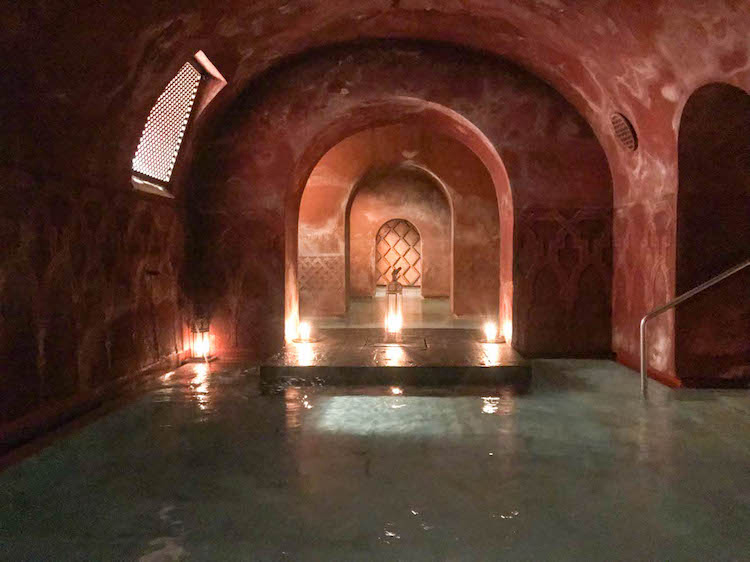 The deeply authentic and relaxing aesthetic of the baths. While taking this picture I was standing in the magical baths breathing in the tranquil aromas of various oils | Paige Kocourek

The secrets above Madrid are just as miraculous as the secrets below. A source tipped me off concerning the best view in Madrid: Faro de Moncloa. I had to follow up on the lead, so I set off in hopes of confirming the grandeur of this statement. My informant could not have been more correct. The breathtaking cityscape took me aback as the elevator swept up for a birds eye view of Madrid. Literally. I felt like James Bond was accompanying me while the panoramic view revealed sights such as the Sierra de Guadarrama mountains and the Royal Palace. I was spying on the entire city.

As a travel detective, of sorts, it is necessary to maintain a calm and collected frame of mind as you exhort immense energy discovering Madrid. To do this, go to yoga in El Retiro Park. There are varying yoga class options, but I will give my personal testament as inspiration. It was an extensive investigation, so pay attention and potentially take notes. Step One: I Google searched “yoga in El Retiro Park.” Step Two: I signed up for the first intriguing class to appear in the results. Step Three: I went to the yoga class. Did you get all of that? My optimal sleuthing abilities led me to an absolutely lovely yoga class taught by a middle age yogi, Luis. He explained “yoga is very popular for locals in Madrid, as is yoga in El Retiro Park.” Do as the locals do and undergo the meditative effects of yoga in El Retiro Park before further explorations.

Trailing after a day of covert discovery, the last hidden treasure disclosed is a restaurant by the name of Sobrino de Botín. The Guinness Book of World Record holding restaurant may not be  completely unbeknownst to the public, neither its location at the very center of Madrid, but it will not come up immediately when looking for a tasty and traditional culinary experience in Madrid. It’s individuality makes this destination a must-visit. Besides being Earnest Hemmingway’s favorite place to eat in Spain, the restaurant is the oldest in the world to maintain its original interior and building. Walking into what felt like the eighteenth century, I consumed the most incredible croquetas and a dish called pollo campero en pepitoria. Although this was not Hemingway’s favorite dish (being the roasted suckling pig) it quenched my hunger for discovery of a traditional Spanish dish. Sobrino de Botín is an escape into Madrid’s dense history.

You may not be James Bond, but James Bond will soon be taking tips from you to discover some hidden gems beheld within Madrid. The sensational opportunities this city possesses brings about a new definition of adventure. If you desire a truly rare experience while visiting Spain, then I advise you to take this classified information and add it to your itinerary.

Pro tip: booking ahead is necessary

Yoga in the Park

Pro tip: Reservations are recommended (however if you arrive toward the opening hours, you are likely to get a seat. No promises, though)