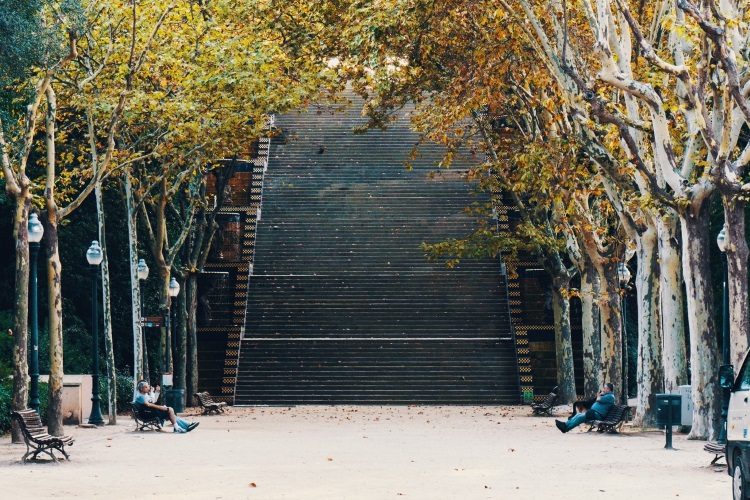 Outstanding Places in Barcelona You Must Know

Barcelona has always been known for being a cosmpolitan city. Located near the Mediterranean sea, it is the favorite spot for tourist from all over the world. They enjoy the beach, the weather, the food and of course, F.C. Barcelona.

However, Barcelona is much more. It holds in its streets a lot of history and hidden places that you must know if you’re planning to visit one of the most emblematic cities of the Iberian peninsula. Ready? Lets begin our journey. 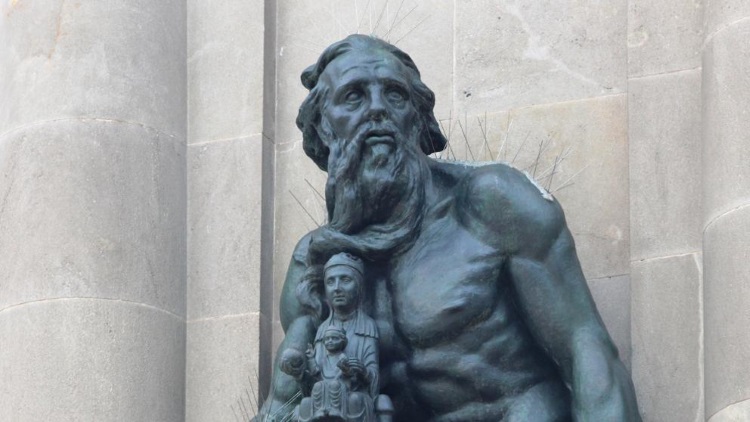 There’s always a place that holds the essence of a city. In this case it is the Plaça Catalunya. Located in the heart of the city, is one of the largest squares in Spain and connects the historical center with the Ensanche. Its emblemaDcal geometry has turned the place into a symbol of social power and resistance for the people.

However, not a lot of people knows the square hides a most valuable secret of the Catalan culture. It is a small Montserrat virgin, also called ‘Moreneta’, in one of the sculptures. It is very small compared with the rest of the art pieces, but it is worth visit if we walk across the square. 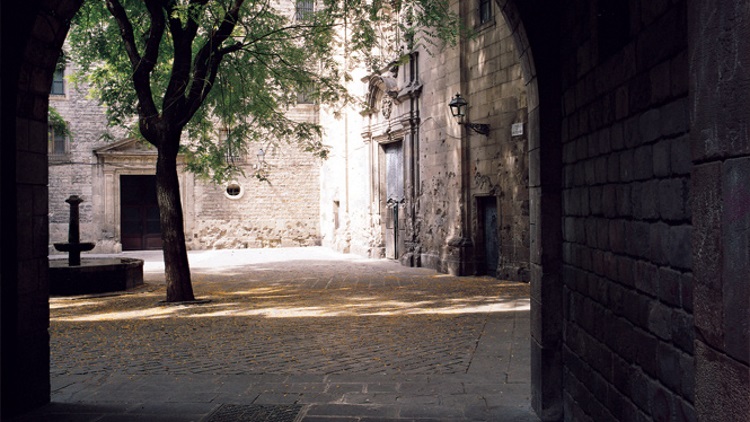 If you do not know this place, you will probably pass by without stopping. This magnificent square, right in the heart of the GoDco, was a vicDm of the civil war in 1938. Franco launched a bomb right in this place, killing a lot of people mostly children from a kindergarten nearby. If you visit the place you will actually see the holes in the walls because of the bombing.

In the center of the square you will also find a nice fountain built by the architect Joaquim Ros de Ramis. Originally, it held a staute of a kid studying at the top but it was stolen and never found again. It is curious that nobody cared to replace it again, so the only thing you will see is a regular fountain.

The Skull of the Bishop 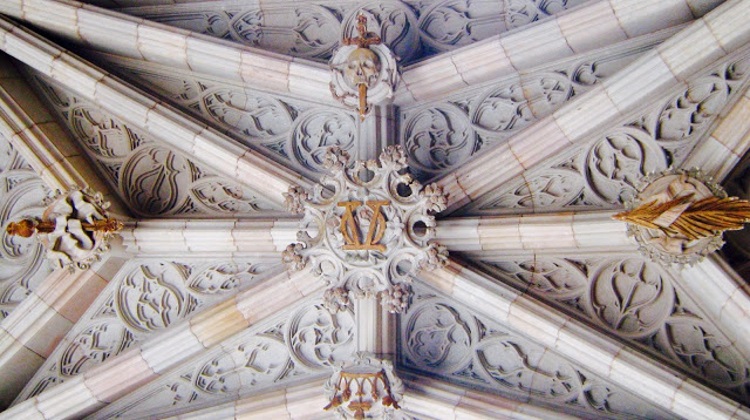 Although the Gothic quarter itself is a must-see in any trip to Barcelona, it worths to spend a few hours to really appreciate its charming. The place is built in the heart of the city, surrounded by amazing architecture and gothic buildings that contains a big part of Catalan history.

If you walk across the Bisbe street you will find a cute bridge that connects the Generalitat Palace with the Canonges house. It was built in the XX century during the rehabilitaDon of the historical center of the city. However, if you cross the bridge you will noDce a skull beneath it, pierced by a dagger. Nobody really knows the origin of the skull, but it is believe it belonged to the architect Joan Rubió i Bellver, creator of the famous bridge. 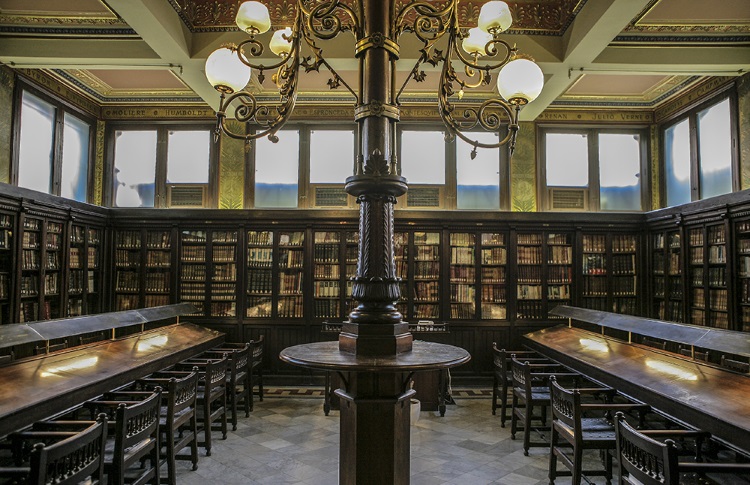 One of the most beauDful libraries in the city is located in Passeig de Sant Joan. The Biblioteca Arús is a small and cozy place, very different from the other places in the city. Once you enter the building you find yourself face to face with the Liberty Statue, the fourth in the world.

The library is specialized in masonry, documents of the social and cultural history of the XX century and the anarchist and labor movement of the city. 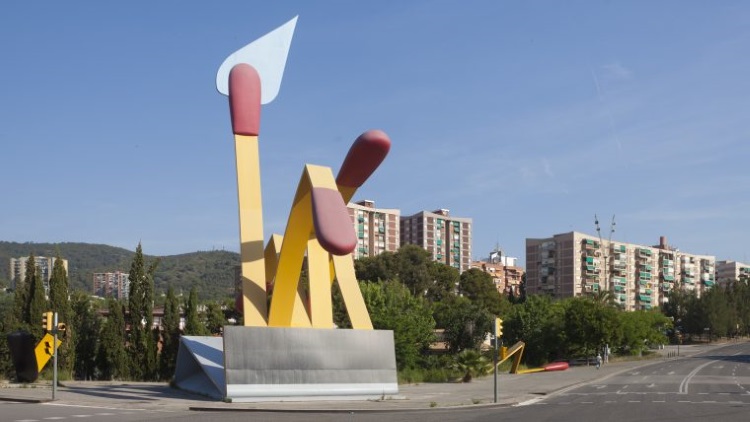 Barcelona is also known for its taste with art. It has one of the most thrilling and interesDng cultural proposals in Spain, and it has been a place of inspiraDon for many authors.

If you want to explore far away from the city center, I would strongly recommend visiDng the north side, just at the foot of the Collserola mountain. There, you will find the ‘Mistos’ monument.

The work was created by the Swedish sculptors Claes Oldenburg and Coosje van Bruggen for the Olympic Games in 1992. The idea was to turn ordinary elements of the daily life into art. There are up to 5 matches, spread all over the street and a matchbox.

A Few Drinks at Night 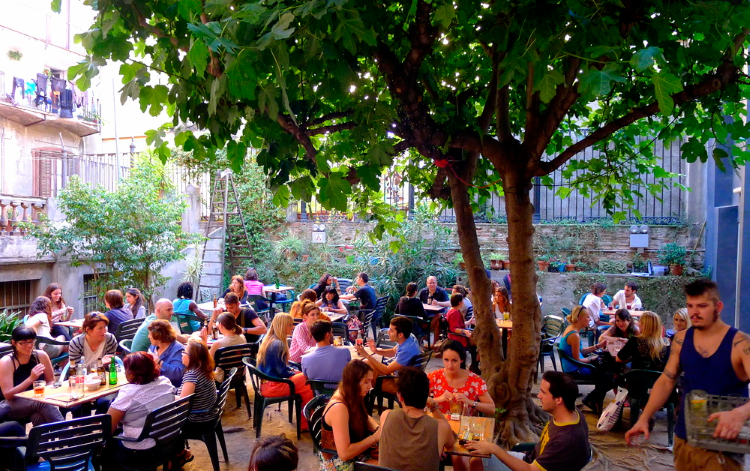 If you want to get to know Barcelona we will strongly recommend you to go out for a drink. It is the perfect place to mix with people and get to know their culture. The “barceloneses” are very open-minded, friendly and interesDng people if you know where to find them.

For that, you must visit several bars like the AnDc Teatre, a cute spot with a wide-open terrace with a large tree in the middle of it. If you’re fond of flamenco, you need to drop yourself by JazzSi Club, a small place in the Sant Antoni quarter that holds every Friday and Saturday amazing flamenco performances with the best players of the city.