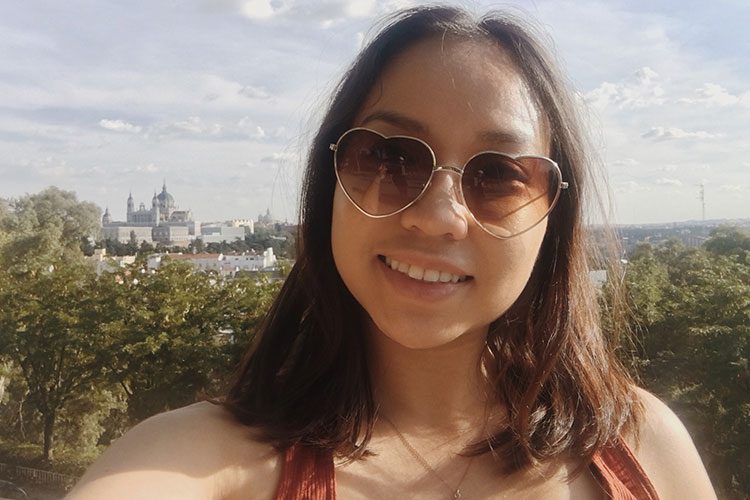 Selfies in Madrid are the best! | Cindy Vu

5 Selfies You Must Take in Madrid, Spain

Madrid is a unique city that tells a story in itself. You can feel it come alive through learning its deep-rooted history, discovering its alluring culture, and meeting its wonderful people. It’s a splendid journey waiting to be experienced – by YOU!

So, go explore the city and create your own adventure. During your stay here, you might as well capture your best memories in some of the most unforgettable places in the city. The beauty of selfies is that they don’t have to be perfect, they’re more about reliving those moments. With that being said, here are five selfies you should definitely take while in Madrid. 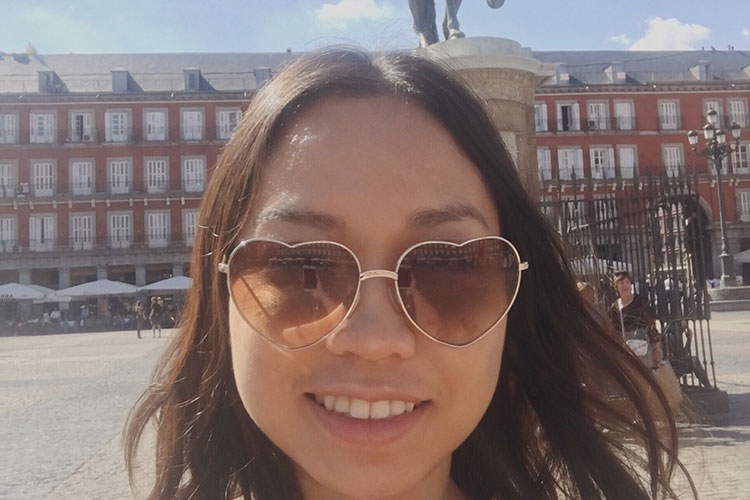 My selfies at the Plaza Mayor in Madrid | Cindy Vu

The first stop in Madrid has got to be Plaza Mayor. I would consider it the heart of Madrid because there’s so much history behind these enclosed buildings. They have actually been renovated a couple times, but still, its unique style is such a sight to look at. Just imagine all that has happened here, like bullfighting and public executions! Crazy right? It’s also fun to people watch while enjoying a dessert at one of the cafés, or even look at the various art pieces for sale by local artists. So, why not take a selfie here, at the plaza that’s been admired by everyone around the world? 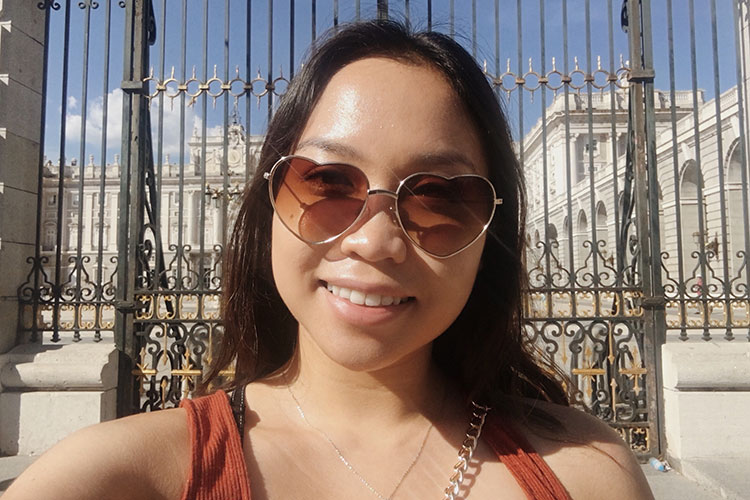 My selfies at the Royal Palace in Madrid | Cindy Vu

It’s time to visit the Royal Palace for a magical experience, one right out of a fairytale. At least, that’s exactly what the palace reminds me of – a scene from a Disney movie. I can imagine the Queen and King having an elegant stroll around the patio. The Royal Family doesn’t actually reside here, but they do stay often, so that’s the closest to royalty I’ll ever get. But that’s okay, I’m just as happy with a photo, and surely you will be, too! With the marvelous gates and sophisticated architecture of the palace, your selfie will be as picturesque as it can be. 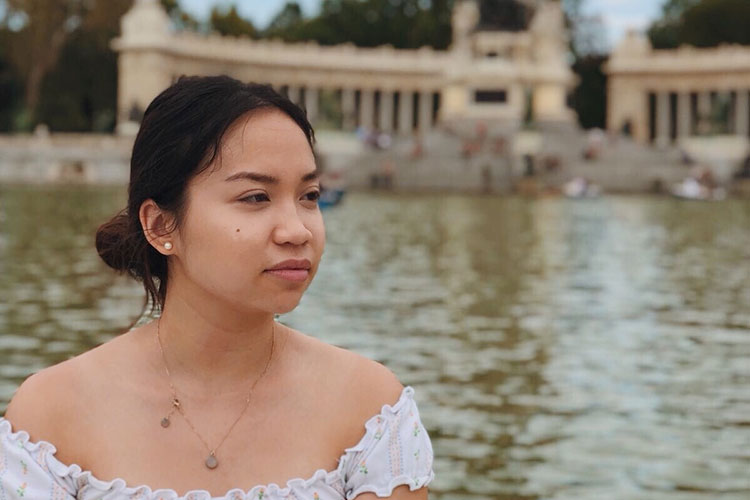 My selfies at the Retiro Park in Madrid | Cindy Vu

The best way to cool down (besides having a tinto de verano or some sangría) is visiting Madrid’s most iconic park! The enormity of it may seem overwhelming, but that’s because it belonged to Spanish royalty before opening up to the public. Your pictures will make you feel like a part of the Royal Family, with colorful gardens and a diversity of plants and flowers. My favorite part of this park is rowing a boat around the lake while the beautiful sound of accordion music plays in the background. If you’ve never rowed before, it could get some getting used to, but it’s definitely worth that selfie in the water with the stunning monument in the background. 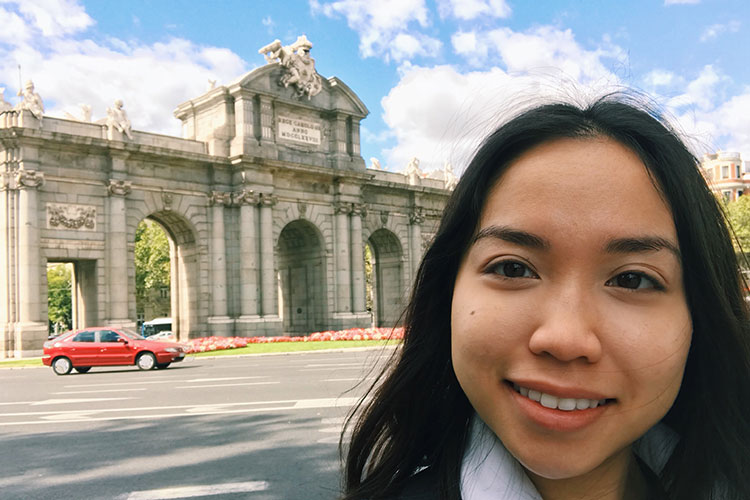 My selfie at the Puerta de Alcalá in Madrid | Cindy Vu

One of the most eye-catching things to see in Madrid is the Alcalá Gate, or Puerta de Alcalá, which stands in the middle of the roundabout right next to Retiro Park. Many people think this monument resembles the Arc de Triomphe in Paris, when they should say the complete opposite because it is actually older than the monument in Paris! This is definitely a top spot on the Madrid selfie list.

When you see the gate in the background of your selfie, you will see how magnificent it really is. And if you come on a good day when it’s bright and there are some clouds in the sky, it can really enhance your photo and make people wonder if it’s even a real background. Surely, I’ve had to ask myself a couple times if some things I’ve seen in Madrid are actually real life! 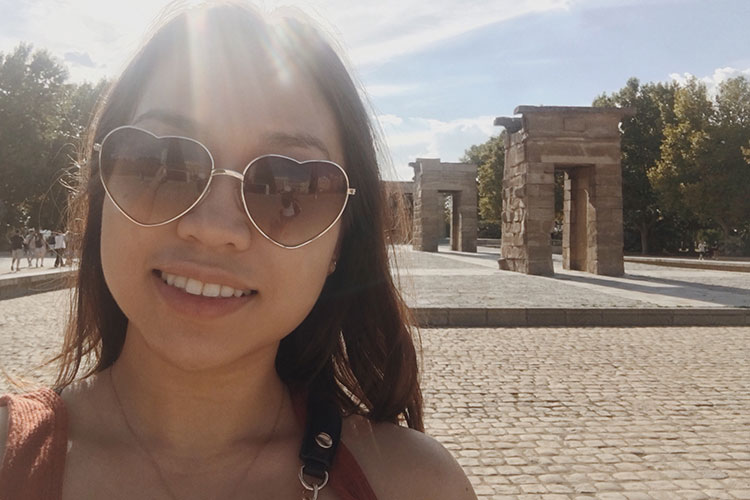 My selfies at the Debod Temple in Madrid | Cindy Vu

Situated right in the Parque del Oeste is the Temple of Debod, a rare and unique shrine that dates back to the BC era, so you can imagine how ancient this thing really is. It’s normally filled with water around the shrine, but I think there’s been some recent renovation. Since the temple originated in Egypt, it may be unlike any other structures in Madrid. I think the awesome thing about taking a selfie here is that people would think you’re somewhere in the Middle East and somehow transported back to Madrid. But nope, you’ve been here this whole time, hanging out at the Egyptian temple.

Want to write for RGNN.org?