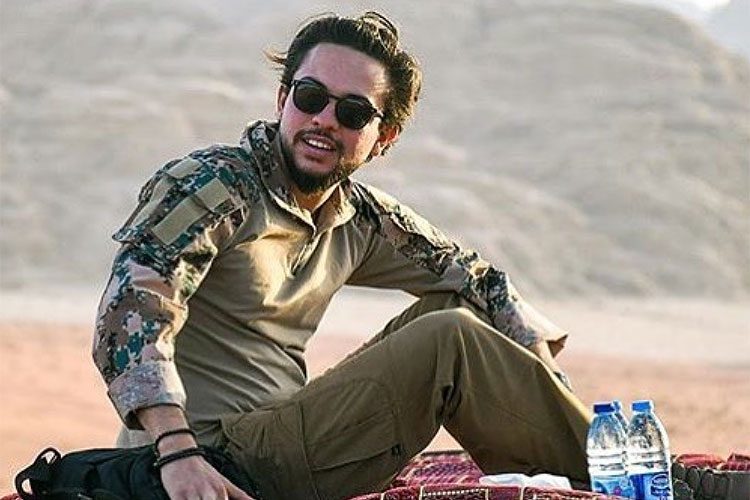 Kim Kardashian, Kendall Jenner… there are numerous fake social media accounts of A-list celebrities. Now, Arab Princes, too, are being cloned on Instagram. And it’s no surprise – real Muslim Princes are considered some of the most attractive men by many women. With prestigious Western education, many of them really are handsome – and unmarried.

The most recent example: the Prince of Jordan, whose verified Instagram account @alhusseinjo, boasts 1,6 million followers, has popped up on the social network in multiple versions, such as @alhusseinbinabd and @alhusseinjo_bin. 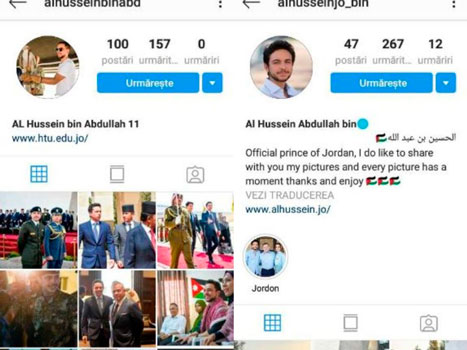 Al Hussein bin Abdullah II, aged 24, is Jordan’s Crown Prince and the eldest child of King Abdullah II and Queen Rania. Hussein has two sisters and one brother; Princess Iman, Princess Salma, and his youngest sibling Prince Hashem. He holds a Bachelor’s degree in International History from Georgetown University of Washington, D.C., and graduated from the Royal Military Academy Sandhurst in the UK. The Arab prince has a passion for extreme sports. Although the Crown Prince’s tasks are mostly formal, he plays a prominent role in Jordan’s life. Al Hussein bin Abdullah II manages the Crown Prince Foundation and he is involved with youth programmes, but he also attends foreign policy meetings together with his father. 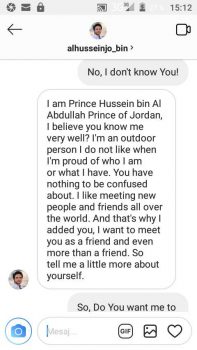 Shortly before, the Crown Prince of Dubai, Prince Hamdan, whose real account is @faz3 with 6,6 million followers, was being cloned by fake account @faz3.poem.

Aged 35, the Crown Prince of Dubai, Sheikh Hamdan bin Mohammed bin Rashid Al Maktoum, is more commonly known as Fazza, which is the pseudonym Hamdan uses to publish his poetry. He was educated at Sandhurst and later attended the London School of Economics, also in the UK. Sheikh Hamdan is the second of 13 kids to his father, Sheikh Mohammed bin Rashid Al Maktoum and his mother Sheikha Hind bint Maktoum bin Juma Al Maktoum, and he is the third of his father’s 23 children. Fazza dedicates a lot of time to photography, poetry, sports and travelling around the world but he also takes an active role in UAE society.

In an effort to eliminate false celebrity accounts, Instagram implemented the blue verification tick in 2014. But the imposters of the Arab Princes are taking it to a new level, sending out photos of fake IDs with the trendy royal names.

The @faz3.poem username, which posed as Hamdan, has since been deleted, although the reason for such an elimination has not been officially posted.

So, the next time you get followed by a fancy blue-blooded royal, be careful. Even if he sends you a fake ID to show he is “real.” 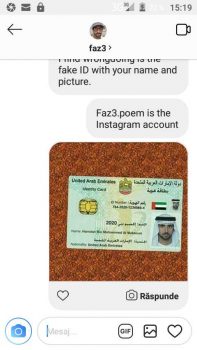 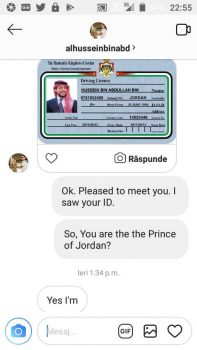