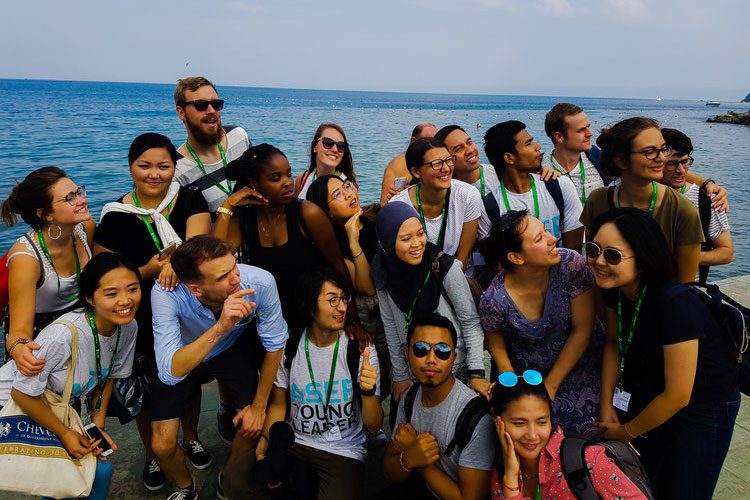 Sustainable Development: Does the UN Want Us to Be Lazy?

Predominant media coverage on sustainability, its definition, the connotations, and the constant updates – all of this relates to the achievement of the Sustainable Development Goals, or indeed, the lack thereof. Or worse, the continued degradation of human rights, the inefficiency of governments, and the receding hypothetical horizon of limiting the warming of the planet to two degrees Celsius – a result of what at the time, seemed to most, like the beginning of what could be, a landmark movement to save the planet.

To most – the truly defining factor of the agreement: these two words that reflect the significant gap in terms of consequences felt throughout the planet. The representative of the Marshall Islands captured said significance by aptly calling the Paris Agreement what it truly is for the rest of the world: “genocide”. Here lies the crux of the matter at hand: the degree of effort required to limit the warming, not only to two degrees, but to one and a half degrees Celsius has been incredibly inconsistent. So much so, that we have been led to believe that we can be careless in how we view the worth of every choice, every decision, and every act we make in ensuring the survival of the planet.

On the United Nations website for the SDGs, there exists a tab aptly labelled Take Action, and if you hover on it, two options will appear: Be the Change & The Lazy Person’s Guide to Changing the World. Two options, with two different connotations. The former is a more flattering, nobler image, while the latter infers a certain defect of character, an acceptance of that universal plague will all battle: laziness. Be the Change, according to the UN is an initiative that allows people to “walk the talk,” to essentially be a part of this global pursuit of sustainability. And the first easy step to doing so? To read up on The Lazy Person’s Guide to Changing the World.

On October 6, 2018 the UN’s Intergovernmental Panel on Climate Change released a frightful report that echoed the remark of the representative of the Marshall Islands,  detailing how much better it would be to limit the warming of the planet to one and a half degrees Celsius. Now, as recent as this report is, the facts they contain, are by no means new. They are drawn from a spreadsheet that amassed around 150 academic journals, all published between the years 2016 to 2018. Which begs the question, in a situation as dire and universal as climate change can we truly afford to diminish individual acts of sustainability as laziness?

What of this mindset on the significance of small acts: bringing your own grocery bag, carrying your own water bottle – this dismissive attitude that easily slides into pitiful glances upon those that have the audacity to carry around their own utensils, their own reusable cup. Almost as if society and history is not littered by small acts that amount to those values we all universally believe in.

The system is flawed for sure. As much as I would want to, reduction in of itself is not enough.

Indeed, great change must arise not only from individuals, but from governments, the big companies, and organizations worldwide. But I believe in intention, in work, and consistency.

After all, are these not the moments that build up into that intangible idea great books are written about, the subject of poetry through the ages, the theme most consistently heard in music, most often seen in movies and television, that grand thing we all call love.

The twelve days I spent in Slovenia and Croatia attending the Asia-Europe Foundation Summer School on sustainable tourism underlined this notion; a cohort of 47 participants, representing not only 47 different countries across Asia and Europe, but different fields, different age groups, and indeed different perspectives, united by this passion of achieving the SDGs. 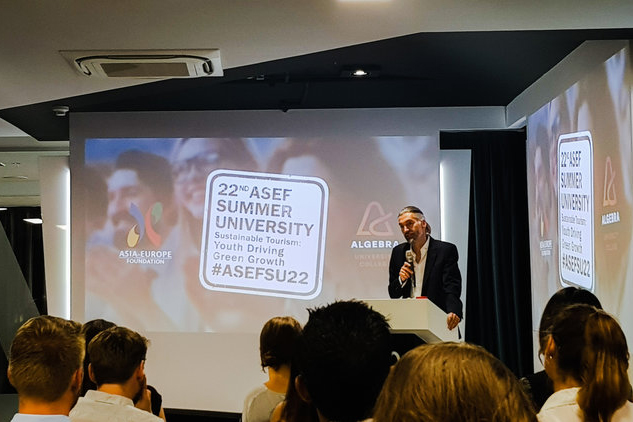 In so much as the summer school consisted of lectures, site visits, and endless discussions, it also comprised of these incremental moments of small choices; walking instead of using public transport, refusing to take freebies, returning plastic water bottles, and bravely speaking up even in the face of possibly offending respectable people, echoing the audacity of calling “genocide” when you see it.

Lest one concludes that such a cohort is the ideal, the future, or even the standard with which everyone should live their lives in accordance with a more sustainable future, let me appease such tribulations: in those twelve days I confess to buying one plastic water bottle, using paper cups, and showering longer than necessary more than once. Of course, my actions do not speak to that of the other participants, who are incredible examples of sustainable behaviour. Indeed, unlike most of these impressive people, I find myself lacking in expertise and experience, almost like I am the lazy person on that guide provided by the UN. 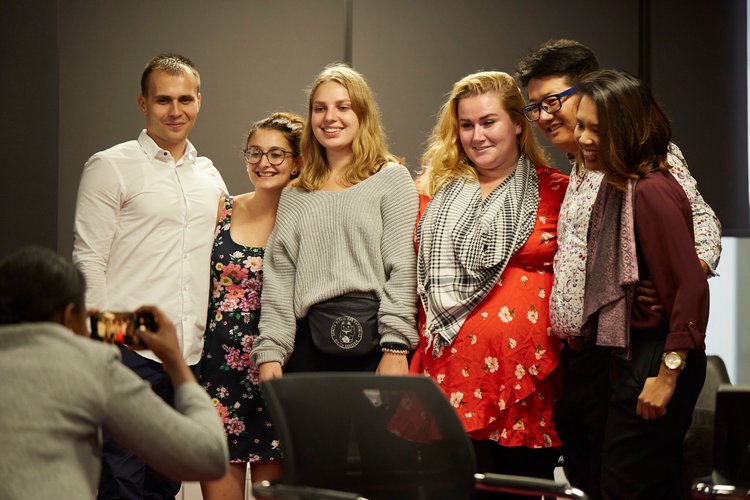 Perhaps that is because I am that lazy person, I am the Change I want to Be. The difference between these two classifications of what is ultimately achieving the same goal speaks to a fault not often talked about with regards to the battle for sustainability: the way in which the message is being delivered. The Lazy Person’s Guide to Changing the World speaks to that hurdle often faced when changing behaviour: inconvenience. In this case, the UN makes it easy and convenient by prefacing the guide with the connotations of the word lazy: it won’t take much effort.

Quite often, the grand business of amor is depicted as an emotion that arises unbidden, that genuine and true love is unwilled. You fall into it, without intention, inescapable, and utterly intoxicated. And indeed, if one has been lucky enough to have fallen in love, this description rings true to a degree. But as I have said before, I believe in intention, in work, and consistency. The act of choosing means we have committed ourselves to a set of behaviours greater than the sum of our individual inclinations: to listen to someone’s distress, even as you drown in your own, to make the effort of replying to long messages, taking long drives to see someone, to allowing yourself to put someone else first, even if they could very well leave the next day.

Effort. That confession that is too often viewed as chafing against the notion that attraction should always arise unbidden, that genuine is synonymous to unwilled, that intentionality is the enemy of love – that if it is true, it should therefore be easy, that it should not, God forbid, feel like too much effort. A question arose on the second week of the summer school, amidst an intense discussion on the accountability of corporations in the pursuit of sustainability – one of the speakers volleyed the question towards us – does our participation in the summer school, justify all the carbon footprint we have all collectively produced in travelling not only to Slovenia, but to Croatia as well?

A fair point, phrased in such a way that reduced our capacity, instead of empowering us on the possibilities we could achieve. Like the title of the UN’s guide, this question assumes that the answer must be yes. After all, to admit loss is reflective of a fault that smells too much like defeat: the production of an incredible amount of carbon footprint for twelve days wherein the results may or may not become worthwhile – then what is the point?

And yet, clicking on Be the Change leads you back to that guide, leads you back to being lazy, even as you have made the conscious decision not to qualify yourself as such. Make no mistake, this is not an article against the UN, or their efforts and projects – I am a fan and indeed, an avid supporter. However, it is inconsistencies such as this that gives rise to the fallacy that individual behaviour is meaningless in the face of obstacles as big as securing a more sustainable future – that individual choices, these small acts of defiance, these consistent efforts – are merely lazy attempts, these summer school gatherings: an exercise in futility.

The point is simply this: in a system perpetuated by corrupt governments, unsustainable corporations, and trapped, uneducated populations it is painfully easy to throw in the towel and give in to this defeatist attitude of which there is no point. But to do so, requires accepting the idea that individual effort, does not, and cannot amount to anything greater – let alone to something as grand as love.

But I believe in intention, in work, and consistency. In correctly identifying small acts of sustainability for the great and defiant acts that they are – to admitting that effort is priceless, that the recent practical suggestion of increasing carbon tax worldwide was not plucked out of thin air. That the mere suggestion of exorbitantly taxing governments and corporations around the globe is a truly valiant effort – even if the new Nobel laureate in economics, William Nordhaus’ preferred carbon tax of $40 per ton can only land us at about 3.5 degrees Celsius of warming. Above and beyond the target of limiting the warming to two degrees.

I believe in intention, in work, and consistency, in a love filled not only by grand gestures, but by consistent moments of choice, in twelve-day investments in people that are adamant about sustainability. I believe that practical solutions arise from applied work, that we ought to be careful in the assignment of value to individual actions, that the implementation of an increased carbon tax must only be the beginning.

I believe in effort.

After all, is not catering only to most, the true act of laziness?