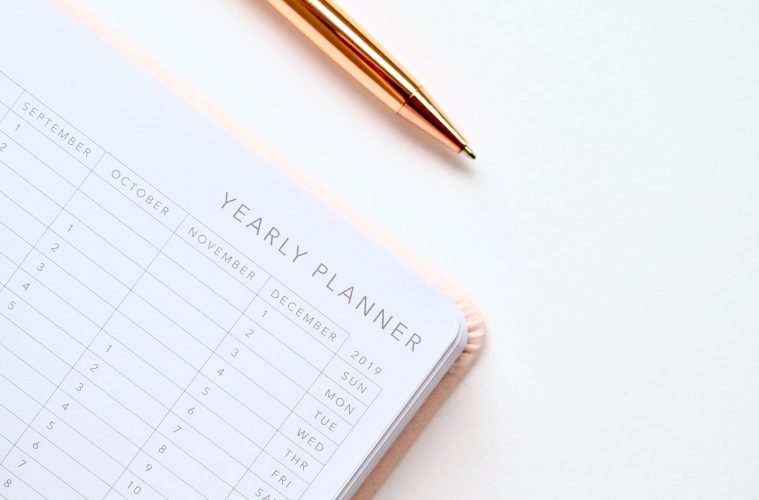 Every New Year brings old clichés: whether it be actual clichés like, “New Year, New Me,” or simply making resolutions to better oneself, only for most to fall short of achieving these and give up before we are out of January. So, just as with every other year, I found myself listening to family and friends tell me how bad 2018 was for them, but show great confidence 2019 would be much better – a fresh start.

Though I could not relate, as 2018 personally proved to be a good year, I found myself struggling to stay motivated to keep that momentum rolling. I was tired from a year of hard work, and facing another whole year seemed like climbing a new mountain after summiting the one I had previously climbed; yet, as always, my mother was there to give me the push I needed. On New Year’s Day, she and I had a conversation about having a more positive outlook on both the world and life in general.

As with most of her advice, it did not hit me right there and then, but that night I let her words settle into my mind, and like every other time knew she was right. Whether last year was good or bad for you, it is in the past, and here are some things we can all look forward to this year.

Brie Larson makes her Marvel Cinematic Universe debut as the title character, and, as MCU Godfather Kevin Feige states, “The strongest superhero in the [Marvel] Universe.” Captain Marvel will be the 21st film in the MCU and is directed by Ryan Fleck and Anna Boden, who were behind 2006’s Half Nelson and 2015’s Mississippi Grind. This film will also star Jude Law, Ben Mendelsohn, and Djimon Hounsou and Lee Pace reprising their roles from Guardians of the Galaxy Vol. 1.

Furthermore, if you are Marvel fans, be on the lookout for Avengers: Endgame. Arguably the most anticipated film of 2019 will arrive in theatres on April 26. Just a few months later and the MCU will enter Phase Four with Spider-Man: Far From Home opening on July 5.

If there is any film anticipated to be in competition with the fourth Avengers film, it is the live-action remake of the beloved 1994 animated film, The Lion King. The film includes an ensemble cast of Donald Glover, Beyoncé, Seth Rogan, John Oliver, Chiwetel Ejiofor, and James Earl Jones returning as Mufasa. Jon Favreau, who was behind Elf, Iron Man, and The Jungle Book, is directing. Additionally, Hans Zimmer and Elton John are returning to compose the score and songs respectively. Disney is pulling out all the stops for this film, and so far it is looking to be a wonderful homage to the 1994 classic.

In October 2018, the rap group Run the Jewels – also known as RTJ – released a new song for the film, Venom, titled “Let’s Go.” Along with the song, Run the Jewels confirmed that their fourth studio album, tentatively titled RTJ 4, is in the works. So, it has been speculated RTJ 4 will be released this upcoming summer; however, the rap duo are not consistent with the timing of their releases. The worst-case scenario will be that fans won’t be able hear RTJ 4 until Christmas.

Run the Jewels was formed in 2013 by alternative hip-hop legend El-P and rap veteran Killer Mike. Over the last five years, RTJ has become one of the most impactful and talented hip-hop groups of the 21st century. Each of their three albums has been met with both fan and critical acclaim; so, regardless of when RTJ 4 drops, it will definitely be worth the wait.

In 2018, rock-and-roll icon Bruce Springsteen took his talents to the stage – more specifically, Broadway – with his one-man show Springsteen on Broadway. But as the year came to an end, Springsteen announced during an interview with Consequence of Sound in December that he was “getting back to his day job.” For the man renowned for saying he has never had “a real job in his life,” this means The Boss is getting back to making music. He will be releasing his 19th studio album sometime this year.

Springsteen’s last studio album, High Hopes, was named by Rolling Stone magazine as the second-best album of the year in 2014. Springsteen is without a doubt a rock-and-roll living legend, known as “The Boss” among both fans and peers. The Boss rarely fails to disappoint, and we can all look forward to seeing what he creates for his final album of the decade.

The 15th Special Olympics World Summer Games will be held in Abu Dhabi, the capital of the United Arab Emirates. The entirety of the Games will be located in Zayed Sports City Stadium, which seats nearly 43,000 people. Most recently, the stadium was used for the 2017 FIFA Club World Cup and the 2019 AFC Asian Cup.

Yet, the Special Olympics Summer Games have seen a decrease in participating nations throughout the 2010s. The number dropped from 177 in 2015 to 170 in 2019, compared to 185 nations participating in 2011. On the bright side, the number of competitors participating in the Games rose from 2014 by roughly 500 athletes, which means more athletes are getting to prove themselves and have a shot to bring a gold medal home.

This summer kicks off in a big, big way with the eighth edition of the FIFA Women’s World Cup. France won the right to host, its first time hosting the Women’s World Cup, and it will take place across France in nine different cities. From the northern city of Valenciennes to the southern Montpellier, and from western Le Havre to the southeast city of Nice, Paris and Lyon will be holding venues as well. Europe leads the tournament with nine of its respective nations qualifying, followed by Asia with five nations qualifying.

Greece will be holding its legislative election on October 20 at the very latest. This election will see all 300 seats in the Hellenic Parliament open. Additionally, under Greek law, voting is mandatory and voter registration is automatic. Greece’s controlling party, the Coalition of the Radical Left, which gained control during the 2015 elections, appears to have a good advantage over the other six main parties, needing just seven seats to gain control. Meanwhile the next two parties, the New Democracy Party and the Movement for Change, need 76 and 131 seats, respectively.

Though not seen as crucial an election as previous years when the Greek economic crisis threatened to collapse the entire European Union, Greece is still early in its recovery and many challenges face the coastal nation. According to Pavel Ramirez of Business Insider, Greece faces three challenges coming into the new decade. First, Greece needs to improve its GDP, which saw a small rise in 2018 but not enough to make any effect on other EU nations. Secondly, the country’s unemployment rate is still the highest in the EU at 20.1%; however, this is quite an improvement from 2013 when the unemployment rate was at a staggering 27.4%. The third and final challenge facing Greece is the question of how to manage the debt, which was at its worst levels ever in 2016.

Current estimates see slow improvements in the country, but unless they can successfully climb themselves out of debt, they will be a heavy anchor on the ankles of other European nations. There is little doubt Greece will be a major topic of discussion during the EU Summit on May 9, the first European Union Summit since Brexit.

The issue of climate change is hotly debated around the world among scientists and politicians, and almost any average Joe has an opinion on the subject. One side sees climate change being caused by man and will lead to humanity’s eventual extinction, and the other side dismisses the whole thing as nothing but a hoax. Regardless, the issue has caught the attention of the United Nations Secretary General Antonio Guterres, who will convene a Climate Summit sometime in September 2019.

Guterres has said the Summit will focus on sectors where swift action could make the fastest, positive difference – specifically heavy industry, nature-based solutions, cities, energy, resilience, and climate finance. It is expected each world leader will state what they are currently doing and what they intend to do before reconvening in 2020 for the UN Climate Conference.

The annual festival honoring Madrid’s patron saint, Saint Isidro, is a fun-filled week for locals and tourists alike. Activities include concerts, shows, and parades featuring traditional Madrileño dress and chotis dances. A procession following the original one winds through the city, taking participants on a scenic view of Madrid. For those also seeking out religious activities during the week, there is a ceremonial blessing of the water from the fountain of St. Isidro, the Eucharist in the Chapel of the Cuadra de San Isidro, and the Romeria church service in the Pradera de San Isidro Park, where spectators can also picnic.

The Hajj is a major event in the Muslim faith, one of the five pillars of Islam, and mandatory for all Muslims to make at least once in their life unless physically disabled or otherwise. The week-long event in Mecca asks Muslims to rise above the routines of daily life and connect and get closer to Allah. Last year alone, around 2.4 million Muslims fulfilled the Hajj. Similar numbers are expected again this year, causing concern over the infrastructure in Mecca, especially in the wake of a crane collapse and stampede in 2015 causing over 2,500 pilgrim deaths. In the past ten years, the government in Mecca has spent over $125 billion on fixing infrastructure, according to a 2009 Al-Jazeera article interview with Mecca’s mayor, Osama al-Bar.

It is quite easy to open your window and be disheartened, appalled, and angry at the world. No one could really blame you either, because we are saturated with a news stream of problems and tragedies. However, we become a part of the problem if we remain stagnant in a pessimistic mindset. There is a lot to look forward to this year, many things to bring us joy, and we can fill our days with positive energy. There will be dark days ahead but nothing our world has not faced and overcome before. Seek out new experiences, get outside and feel the sunshine, and keep a positive mindset and outlook on life, always. I wish all of you a wonderful New Year!