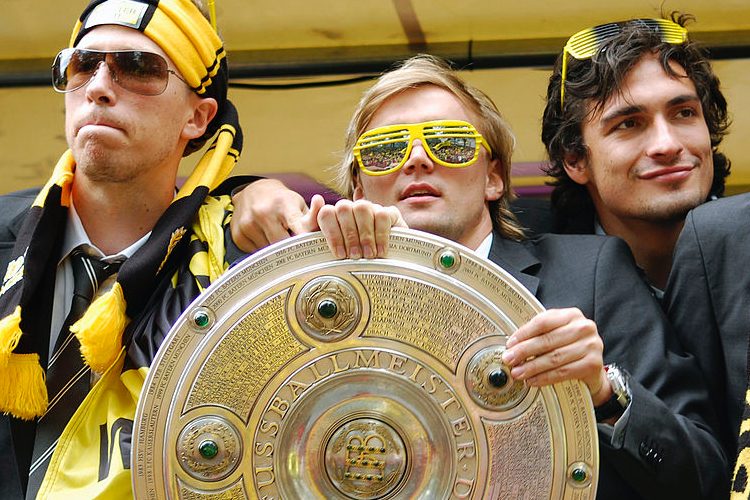 League titles are often argued to be the most difficult trophies to win in a season because it requires a team to consistently perform better than their rivals. With half of the season or so over, the English Premier League, La Liga, and the Bundesliga remain the most open leagues of Europe’s top five. Here is a closer look at those title races including who is involved and predictions for who will come out on top.

The league most say is the most competitive of Europe’s top five, the EPL, seems to be offering a close race once again. Last season, Manchester City ran away with the title and always looked to be the overwhelming favorite to win. However, this time around, there are three potential candidates who may become Premier League champions. Depending on who is asked, the race for the title is between two or three teams: Liverpool, Manchester City, and possibly Tottenham Hotspur.

Apologies to any Spurs fans, but the most likely of these three teams to challenge for the trophy until the final matches of the season are Liverpool and City. Tottenham have flirted with the idea of winning a league title in recent times, even going as far as finishing second two seasons ago, but they always find a way to fall short. The reason for that is partially the lack of depth in the Tottenham squad. During a long and difficult season coupled with the UEFA Champions League, the FA Cup, and the League Cup, fatigue, injuries, and suspensions mount at different parts of the season.

As a result, the club will often have to play matches without their ideal starting eleven which represents a larger difference in quality as opposed to other teams. For example, the loss of Harry Kane or Christian Eriksen would be hard to compensate for. Daniel Levy, chairman of Tottenham Hotspur, restricts the budget allocated for purchasing new players, which in turn continues this issue of depth. During this summer’s transfer window, no players were brought in by the club, while every other team in the league strengthened with new signings. Yet, despite all this, Tottenham are in third place, just six points behind Liverpool. The fact the club has performed so well is a testament to the quality of their manager Mauricio Pochettino. Asking to finish second or even in first this season just feels like too much to ask.

With that settled, this leaves Liverpool and Manchester City. Currently, Liverpool top the Premier League table and are ahead of City by four points. The Manchester club cut the gap between themselves and their rivals in their last match, where they defeated Liverpool 2-1 at home. Whether the momentum is beginning to swing in Manchester City’s way is yet to be seen, but a tight title race definitely appears to be on the cards.

Last season, Liverpool finished a whopping 25 points behind City in the league. Changes have been made to the squad as signings such as Alisson Becker and Fabinho were made. With this being Virgil van Dijk’s first full season at the club, Alisson replacing Liverpool’s error prone goalkeepers, and the addition of players to add to the options in midfield as well as in attack, Liverpool have a much stronger squad this season. The team has the best defense in the league as they have only conceded ten goals so far and have scored the second-most goals.

Meanwhile, Manchester City’s only major signing was Riyad Mahrez who represents another winger who only adds to the bounty of depth at their disposal. Similar to van Dijk, this will also be Aymeric Laporte’s first full season at the club and will offer welcome cover for the injured Benjamin Mendy while also being able to play at center back.

City’s coach, Pep Guardiola, and his attractive possession style of play brought the club a league title in his second season. However, his team isn’t as consistent as it was last season, and although they are performing at a very high level, it must be said it isn’t quite as high as last season.

Prediction: Liverpool to pip City to the Premier League title 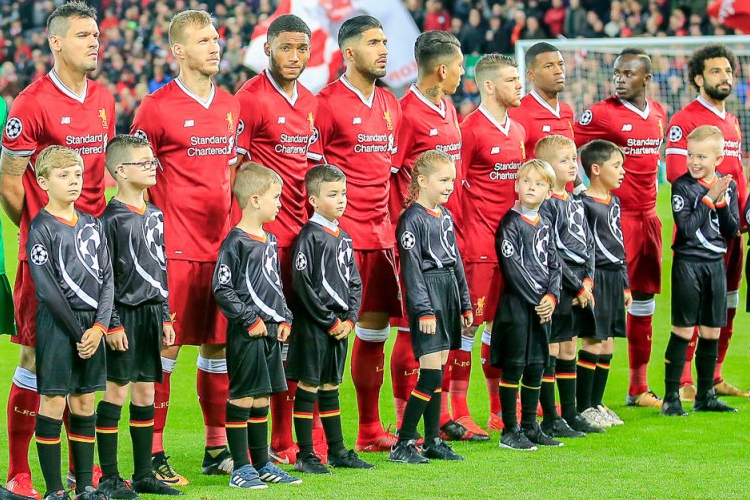 The Reds have improved immensely at the back in comparison to last season, and that will be essential to picking up points when they aren’t playing at their best. The main reason why Liverpool could beat City to the league is that fact they haven’t played as well as they have last season and are still four points ahead. This strongly suggests the team isn’t playing at their highest level, and they are bound to hit those heights at some point in the season ahead.

A key factor in deciding where the title goes may be the UCL. With both clubs currently in the round of 16, a deep run in Europe’s most prestigious club competition may cause two concerns: increasing fatigue due to travel, and more matches as well as the distraction of getting closer to winning Europe’s most prized trophy.

From a league largely considered the be the most competitive, to the league many dub as uncompetitive and predictable, La Liga is not living up to its misguided labels. Defending champions Barcelona won the league last season by a total of 14 points. They even almost managed to go the whole season undefeated, losing just one of their 38 matches in La Liga. Conversely, this season should be a whole lot closer. As things stand, Barcelona are five points ahead 0f second place Atletico Madrid, seven points ahead of third place Sevilla, and ten points ahead of Real Madrid in fifth. La Liga has for the most part been a duopoly as Barcelona and Real Madrid have won 13 of the last 14 league titles. Yet, this season could be different.

Starting with Barcelona, they are favorites to be champions by the end of the season considering their lead in the table and the difference in quality between themselves and their nearest rivals. A squad to compete in all competitions, Barcelona has a better starting eleven and bench than Atletico and Sevilla. However, they haven’t been performing as well as last season in the league. Last season, they drew nine times and lost just once, but already this season Los Cules have drawn four times and lost twice. This includes tying to Girona at home, losing to Leganes away from home, and losing to Real Betis at home. They have scored the most goals in the league, but haven’t been as strong defensively. Their weakness at the back leaves the door open to further dropped points in the remainder of the league season.

Atletico Madrid are the last team to break the duopoly, winning La Liga in 2014, and will hope to do so again. Driven by the attacking talent of Antoine Griezmann and one of the strongest defenses in the world, Los Colchoneros certainly can push Barcelona for the title. They have conceded the least goals in the Spanish top flight and have only lost once this season. If the club can avoid injuries and striker Diego Costa can begin to perform to his best again after recovering from injury, Atletico can definitely challenge for another league trophy.

Sevilla have ben a surprise this season and will be more than happy with their current league standings. Their goal at the start of the season would have been another top four finish, but they find themselves just seven points behind league-leaders Barcelona. That lead is certainly reachable, and with Barcelona possibly losing focus with UEFA Champions League fixtures coming up, Sevilla may be in with a shout. The form of Andre Silva, Wissam Ben Yedder, Ever Banega, and Jesus Navas among others have been key to the club’s success so far and will need them to continue to perform if they are to chase down Atletico Madrid and Barcelona.

Last but not least, Real Madrid still have to be considered in the title race even if they are ten points off the pace already. Trouble at the capital club was evident before the season even began with he departures of coach Zinedine Zidane and star player Cristiano Ronaldo. Replacement manager Julen Lopetegui has already been sacked, and Los Blancos are trying to salvage a season that began on the wrong foot. Unlikely, but if Los Merengues can become more consistent, Gareth Bale can maintain his fitness and play to his potential, and the defense can become more organized, then perhaps the club can take advantage of the slip ups of the teams ahead of them in the league table. La Liga is not yet lost and with a team full of quality like Real Madrid’s, the recovery that is needed is always possible. 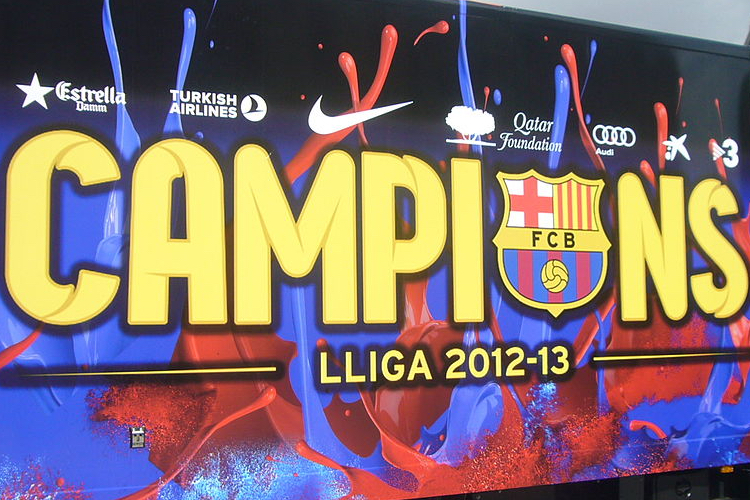 The title race should be much more closer than it was last season, but their squad is the best-equipped for the long league season. Already with a five point lead, it will be difficult for Atletico and even more so for Sevilla to make up the difference. Real Madrid overturning a ten point lead just seems like too much to ask for considering the issues the team currently faces.

From a duopoly to a monopoly, the Bundesliga has been dominated by Bayern Munich in the last six seasons. Last season, they won the league by an incredible 21 points. The past six league titles have gone to the Bavarians, but their domestic dominance is now under threat. Borussia Dortmund lead the league table, ahead of second-place Bayern by six points.

Borussia Dortmund have improved a great deal under new coach Lucien Favre. His trust in youth and balance with more experienced players have been key to their improvement from last season when they finished in a three-way tie on 55 points, finishing fourth on goal difference. Attacking talents, including Paco Alcacer and Jadon Sancho, have been unexpectedly superb and are just two players who have propelled the club to such a great start in not only the Bundesliga, but also in the UCL. They have the joint second-least goals conceded in the league (tied with Bayern) and have the most goals scored.

Meanwhile, Bayern Munich have taken a few steps back under new coach Niko Kovak. The team’s performances have been far from convincing and certainly look weaker than they have in the last few seasons. Aging wingers Arjen Robben and Franck Ribery aren’t the players they used to be, while Thomas Mueller has been struggling to hit the form fans had become accustomed to seeing. Improvement is necessary to catch Borussia Dortmund. Bayern have relied on mainly the same players that have brought them success season after season, and the effects of that are beginning to show. Kovac has it all to do in the second half of the Bundesliga season.

Prediction: Borussia Dortmund to win by a fair margin 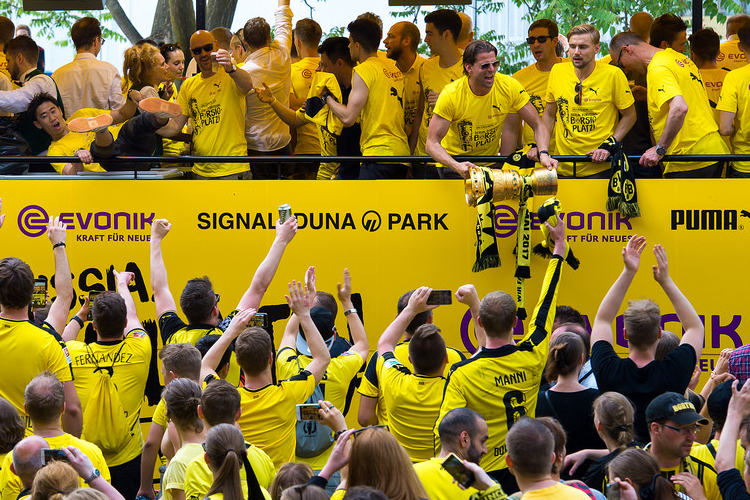 Borussia Dortmund have looked much better than their rivals Bayern Munich and already have a six-point lead. They have a strong attack and a stable backline, which proves they are more than capable of winning the league. Meanwhilem Bayern have not convinced at all throughout the season. Kovac may be in danger of losing his job by the end of the season if a considerable improvement isn’t made before then.