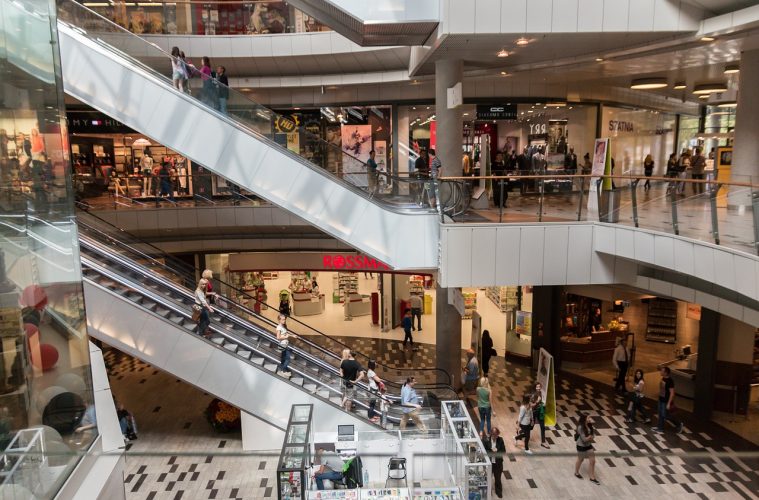 Mediterranean Mall Kiosks and Manipulation: Why You Should Be Cautious

American malls, in addition to ones in the UK, Australia, New Zealand, and Germany, have had a very particular formula for decades. A mall, one may know, is an enclosed building with stores and restaurants housed under one facility, though some can be open-air and may also be referred to as a plaza or galleria. However, a peculiar addition to these familiar places is the persistent kiosk.

While many well-known storefronts have opened kiosk locations, like T-Mobile, Starbucks, or Wetzel’s Pretzels, this phenomenon does not include those. The kiosks discussed here are from unusual, obscure brands, commonly with a connection to something luxurious – be it merlot wine, minerals from the Dead Sea, or diamonds. The salesmen peddling these wares often have olive skin, brunette hair, and thick accents. Their products are often moisturizers or cleansers for skin.

The prices are outrageous, though once a consumer rejects the cost, the associate sees his target’s concern for her dermal health and lowers the price in an empathetic gesture. If the captive still rejects, the hawker continues, saying you’ll never have to buy another cleanser again, and he really shouldn’t be doing this, as his management discourages this, but he has a final offer…though it’s still a hefty price. Only after this will the consumer be dismissed from the conversation. Sound familiar to anyone else’s shopping experience?

The industry takes full advantage of desperate situations for young Israelis. Israel is a notable country where military service is required of every resident after completion of high school. Pay is generally only a modest stipend, so once their service is complete, these new adults are hungry for funding. Many aspire to travel or pursue higher education, either domestically or internationally. Thus, they answer vague job postings promising to amass thousands of dollars a week in America.

“David” was one of these recruits. In his commission-only position as a video game salesman in New Jersey and Maryland, he recalled to Cracked.com:

The industry, while generous, is organized crime. It’s labor fraud, as many of these associates do not have necessary working visas and are often employed on expired tourist visas. While immigration in the U.S. is a hot-button issue, and it’s notably difficult to be deemed a “legal” immigrant, there is much more to this scheme. In an Auckland, NZ mall alone, an elderly woman was tricked into buying $5,000 in cosmetics, as was an autistic man for $4,400, and a man with short-term memory loss for a whopping $17,000.

Though how much are these goods worth? Well, luckily, I spend some time in my local mall as a department store employee. On a recent meal break, I walked past a Celestolite stand, and fortunately, the two olive-skinned beauties who worked there did not summon me. So, instead, I turned to their website, www.celestolite.com. Celestolite makes sense as bait for money, as many of the cosmetics at these stands are made from luxurious ingredients. Celestolite claims its products are composed of meteorite particles, and from the website alone, prices are typically astronomical.

Though as indicated at the bottom of the product’s webpage, each vendor of the brand and others like it is independently-owned, meaning the exact pricing and negations of such are nebulous. They also advise against purchasing their product from “unauthorized online vendors,” likely places like Amazon, eBay, or elsewhere, claiming concern for counterfeit and health risks. In reality, their hesitance towards purchasing the products there is because this is often where disgruntled customers go to compensate for their losses when refused a refund. The sellers often offer them for nearly a tenth of the price the hawker asked.

The problem is too widespread to be fully eradicated just yet. It’s been a growing concern for the past decade, and the American Embassy in Tel Aviv voiced its concern in 2009 to the American Embassy in Rome and the U.S. secretary of State, as shared through Wikileaks. There is hope, though, as Omer Gur, a kiosk kingpin with operations in six states across the East and Midwest regions, was sentenced to six years in prison for fraud conspiracy and money laundering conspiracy as of October 2016. His conviction dissolves a significant portion of the sham.

However, the sales tactics are not exclusive to kiosks. A few skincare stores have enthusiastic young demonstrators greeting you in the halls of your plaza with a sample in hand. They are not necessarily Israeli nationals, but are often similar in age and approach. They urge shoppers to use the entire set of toiletries for a fuller experience and corner them into purchasing once the effects are performed. However, the illegality of these retailers is only a speculation on my part, so I will not disclose the names of these retailers to circumvent libel. I do, however, claim the methods these stores take to be unethical.

To continuously combat this issue, I advise all consumers to consult their mall security and property management about any suspicions. Additionally, speak with mall police or police for the mall’s city of location. Americans, please make claims or complaints to the Federal Trade Commission and the Better Business Bureau. Non-Americans, please do the same towards your equivalent agencies. It’s detrimental to be cautious of your money, and especially so during holiday shopping seasons. Stay alert!