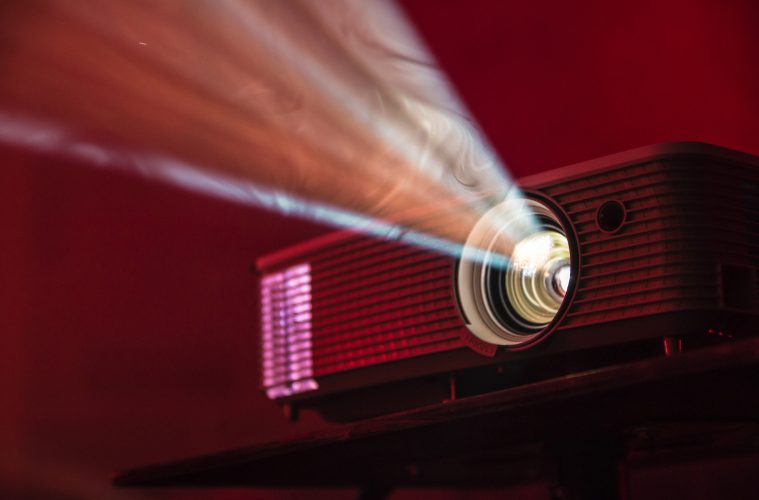 Calling all Disney and Pixar fanatics! 2019 is your year. From Aladdin to The Lion King, Frozen 2, and Toy Story 4, Hollywood seems to be falling back on old favorites and appealing to audiences’ nostalgia. If cartoon sequels aren’t your cup of tea, don’t fret – directors like Quentin Tarantino, Jordan Peele and the Safdie brothers are all releasing critically-acclaimed and highly-anticipated films. So, whether you’re an avid cinephile, comedy lover, or a kid at heart, 2019 has something to offer for every movie-goer and is bound to be full of surprises.

Jordan Peele’s directorial debut Get Out (2017) was a ground-breaking fusion of comedy, horror, and social commentary. Premised in a dystopian yet eerily-familiar world, Get Out is jam-packed with blatant and subliminal moments of racial tension. Defying genre convention, Peele relies on systemic racism as the primary “monster” or horrific element in the film. In doing so, Get Out not only confronts the constant state of fear in which African-Americans exist, but also the many uncomfortable and/or dangerous racial attitudes held by white audiences. After winning Best Screenplay at the 2018 Oscar Awards, Jordan Peele emerged as a new and promising Hollywood director.

Now, two years later, Peele is working on another project which is rumored to be released in March. Akin to Get Out, Us is a psychological horror thriller that focuses on the black experience in white America with a satirical twist. Starring the magnificent Lupita Nyong’o, Winston Duke, Elisabeth Moss, Tim Heidecker, and Yahya Abdul-Mateen II, the plot centers on a black family whose beach vacation turns into a nightmare upon the arrival of hostile visitors. The expectations are high for Peele this time around, considering his first-ever movie scored 99% on Rotten Tomatoes. But even if Us doesn’t live up to critical expectation, knowing Jordan Peele, I’m sure it will be rich with surprises, twists, and insights that will not only entertain, but interrogate relevant social issues.

2. Once Upon a Time in Hollywood

Quentin Tarantino is back and better than ever. The director of modern classics such as Pulp Fiction (1994), Inglourious Basterds (2009), and Django Unchained (2012) is breaking back into Hollywood after a four-year hiatus tackling one of the sexiest, most exciting industries. You guessed it – Hollywood. The star-studded cast (albeit missing Samuel L. Jackson) includes Leonardo Dicaprio, Margot Robbie, Brad Pitt, Al Pachino, Curt Russel, and Tim Roth, most of whom have appeared in Tarantino films before but never before on the same screen. The story takes place in Los Angeles during the summer of ’69 and is concerned with the famous Manson family murders. Chocked full of Hollywood glamour and 1960s nostalgia, Once Upon a Time in Hollywood promises to be just as violent, sexy, and dazzling as Tarantino’s past films and a perfect summer escape.

From the director of Elf (2003) and The Jungle Book (2016), comes the live-action Disney classic we’ve all been waiting for. Based on the 1994 animated film, The Lion King stars Donald Glover, Seth Rogen, Chiwetel Ejiofor, Billy Eichner, Beyoncé Knowles-Carter, and John Oliver. A millennial dream, right? Some people, however, think the film plays on nostalgia a bit too much as its basically a shot-for-shot remake of the original. But can you really blame Disney for targeting and attempting to profit off millennial nostalgia? Personally, I look forward to reliving the magic of the film and inevitably crying when Mufasa dies. And not to mention, Hanz Zimmer is recreating the original score with help from Elton John and Beyoncé. So, if the movie doesn’t live up to expectations, at least I have my new soundtrack for 2019.

Robert Eggers, director of the hauntingly beautiful film The Witch (2015), is now working with Robert Pattinson and Willem Dafoe in a 20th-century horror drama set in Maine, USA. We know little about the film so far, but we do know it’s filmed completely in black and white using a 35mm camera. This suggests that The Lighthouse will aesthetically resemble the eerie, mysterious and aged look found in The Witch. I’m also particularly excited to see Robert Pattinson’s performance. In the years since Twilight, Pattinson has worked on several independent, low-budget films and taking on more serious roles. In Good Time (2017) for example, Pattinson’s performance blew away audiences and drew attention to Safdie brothers, an up-and-coming directorial duo. This time, Pattinson is working with Eggers, another visionary in Hollywood, who is known for his focus on old American mythology and the dramatic (often scary) lives of early settlers.

In their first project since Good Time (2017), which holds a 93% on Rotten Tomatoes, the Safdie brothers have returned following much anticipation. Straying from his usually funny-guy roles, star Adam Sandler plays a jewelry store owner and dealer living in NYC whose merchandise is suddenly stolen. Lakeith Stanfield, Idina Menzel, Judd Hirsch, Eric Bogosian, Pom Klementieff, The Weeknd, and Jonah Hill also star in the action-packed thriller. And with Martin Scorcase as executive producer, this A24 film is bound to affirm the studio’s growing reputation.

Everyone get their tissues ready for this one. I don’t know about you, but I left the theater in tears after watching the gut-wrenchingly nostalgic sequel, Toy Story 3, in 2010. I’m usually one to avoid watching Disney sequels because they rarely (if ever) live up to my expectations. But this one I have a good feeling about. Directed by Josh Cooley and written by Stephany Folsom, the film employs the previous films’ writers John Lasseter, Pete Docter, Andrew Stanton, and Lee Unkrich to tell the films story. And of course, Tom Hanks and Tim Allen will be voicing Woody and Buzz Lightyear. In this sequel, the toys break free from Bonnie’s bedroom and embark on a roadtrip that I’m sure will make me laugh, cry, and desperately wish I was 6 years old again.

“Alright, alright, alright.” It looks like Matthew McConaughey is going back to his roots. This groovy comedy stars McConaughey as a wayward, rebellious stoner, and the film has all the neon-soaked and dreamily hazy aesthetics as seen in Spring Breakers (2013), Korine’s previous acclaimed film starring James Franco. The cast is high-profile to say the least, with appearances ranging from Snoop Dogg, Zac Efron, Jonah Hill, Jimmy Buffett, Leah Van Dale, Martin Lawrence, and Isla Fisher. Anticipated to release on March 22, The Beach Bum sounds like the perfect flick to propel us into the summer movie season.

Finally! I can’t tell you how excited I am to see my favorite angels back in action. Based on the 1970s TV series and the 2000 film, the new Charlie’s Angels directed by Elizabeth Banks is intended to be the ass-kicking feminist comedy action movie we didn’t even know we needed. Playing the ringleader Bosley herself, Banks is joined by actresses Kristin Stewart, Naomi Scott, and Ella Balinska as the three angels.

Based on Stephen King’s terrifying 1983 novel, Pet Sematary is finally being brought to the big screen by directors Kevin Kölsch and Dennis Widmyer. The trailer alludes it will be just as frightening as previous King film adaptions such as The Shining (1980), It (2017), and Misery (1990). The plot follows a family who move into a New England house, but later discover some chilling and ominous secrets about their new backyard. Starring Jason Clarke, John Lithgow and Amy Seimetz, Pet Sematary is set to be released on April 15, 2019.

The Goldfinch – originally written by Donna Tartt in 2013 – is a Pulitzer-Prize-winning novel about a 13-year-old boy traumatized by a terrorist attack and the death of his mother. In the aftermath of the terrorist attack in an art museum, he steals a famous Rembrandt piece which descends him into a life of crime. Starring the adorable Ansel Elgort along with Nicole Kidman, Sarah Paulson, Finn Wolfhard, and Luke Wilson, the adaption of this so-called “children’s book” is expected to attract teens from far and wide.

What are some of the movies you’re looking forward to seeing in 2019? Let us know if we missed any in the comments below. Happy 2019, fellow movie-goers!