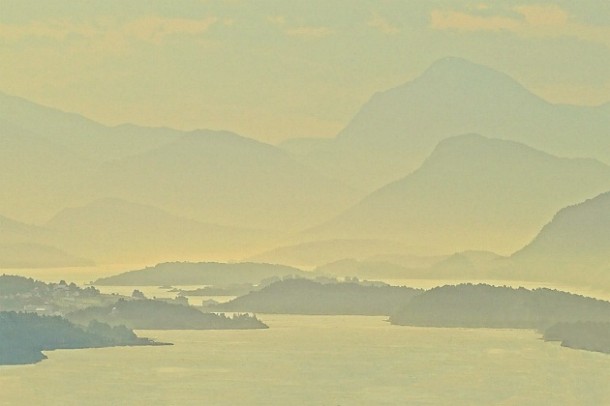 Yearning for the Magic Mountain

Der Zauberberg. That’s where they all longed to go. Or at least Thomas Mann and his characters in the Magic Mountain. Afflicted with lung disease, Mann’s characters climb high in the Swiss Alps to reach a sanatorium, a breathing space to restore their health and vitality. Protagonist Hans Castorp arrives here to visit his tubercular cousin, Joachim Ziemssen. The sick Ziemssen instructs our hero: “You’re going to see some things you’ve never dreamed of—just wait.”

Re-reading Mann’s pre-WWI novel in the context of the current economic crisis, there is a striking parallel between Mann’s sanatorium and today’s great educational institutions, safe havens where students worldwide seek comfort.

“I’ve been told that completing this Master’s degree is like buying a job,” affirms a current undergraduate at a Spanish public university. He is referring to a Master’s program at one of the prestigious management schools in Europe. However, he could just as well be an undergraduate elsewhere, fantasizing about his professional prospects.

The Zauberberg promised a cure, just as universities are perceived to offer personal and professional development. Thousands of dollars in tuition are an easy remedy when you’re promised success and happiness in return. Four, five or even a couple more years of studying, and you’re set for life – why wouldn’t anyone want to attend a top school? Like Mann’s hero, you might even end up staying longer than you initially intended – there is always another disease you can be cured of, another degree you can add to your curriculum.

The analogy of the sanatorium can be carved deeper. “Get acclimatized first—it isn’t so easy, you’ll see,” Ziemssen informs Castorp, a senior lecturing an incoming freshman. Like university students, Mann’s characters are assigned housing and seats in the dining hall. The protagonist even gets lucky and meets a Russian girl. Mann’s character mix, said to be a microcosm for Europe pre-1914, is international – just as today’s universities are keen on attracting talent from abroad.

“By means of the feverish seclusion on the magic mountain, our simple hero is raised to moral, spiritual, and sensual adventures of which he would previously not even have dreamt,” remarks Mann. Such a “story of intensification,” or Geschichte der Steigerung, to use Mann’s phrase, is what university students worldwide aspire to. To live carefree in their campus bubble, experimenting different medicines, different subjects, in the hope to find a glove that fits. Every now and then, the characters descend to have dinner on the Flachland, the flat land, where everyone else lives – a university trip between exams.

Yet midterms or finals, will a student’s scores really make a difference? Today, the university microcosm no longer represents a guaranteed lifeline that will lead to a well-paying job. In fact, one might say that they don’t secure employment at all anymore. “Ivy Leagued and Unemployed” reads the title of a Columbia University alumna; she graduated magna cum laude in 2009. “Sometimes she can afford underwear,” she writes about herself in third person, taking a humorous stab at the situation. Across the U.S., dozens of law graduates find the dismal outlook less than funny. They have joined class-action lawsuits, claiming that their law schools created false employment expectations.

So where is the safe haven in contemporary society? Competitive high school to elite university to high-paying job – the formula has been broken. And when professional victory isn’t assured, so, too, is personal triumph compromised.

With the supposed “stories of intensification” plummeting, graduates are obliged to work harder. Many accept underemployment. Or try their luck in a foreign country where their skills might be in demand. Parents are already enrolling their two-year-olds in Chinese classes; “if my son listens to the language early on, he will learn it faster.” But the emerging economies aren’t magic mountains either.

Thomas Mann’s sanatorium eventually rendered patients incapable of returning to everyday life. It left them in a state of boredom, an anesthesia of the senses. Mann himself refers to the sanatorium as a Lebens-ersatz: a substitute for life.

A similar disconnect between classrooms and companies prevails. Educational programs are time-consuming; by the time a student graduates, the knowledge and skills he or she has acquired are likely to be outdated. Little use in teaching engineering students Java and basic HTML, as state and private universities continue in Spain and beyond. Technological companies, on the other hand, are desperate for I.T. experts with knowledge of Flex and other programming languages, such as those suitable for iOS and Android. Design schools, too, are slow in adapting to the digital platforms; they continue to offer Masters in Editorial Design, which is primarily print-oriented. Professional development initiatives exist, but aren’t up-to-date. When are authorities going to ensure that what is taught is what the job market will demand upon graduation?

Mann’s hero finally leaves the sanatorium to fight in the war. Today’s graduates will need to battle for their well-being, exerting themselves and creating their own paths in an evermore competitive market – no quick remedy at hand.