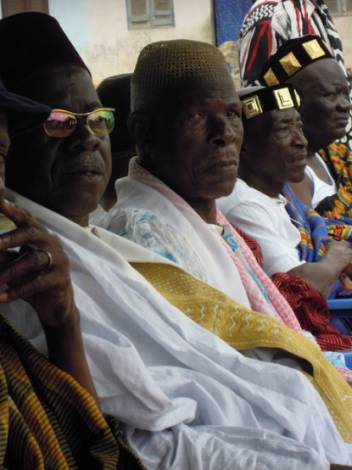 Côte d’Ivoire: a Country of Contrasts

IVORY COAST. Traditional chiefs and village elders attending a peacebuilding workshop. These men, many of whom are royalty, continue to play an essential role in Ivoirian society. Indeed, they are treated with the utmost respect and often viewed with trepidation; in some parts of the country, neither foreigners nor locals are allowed to look at them. They are constantly called upon to resolve all kinds of conflicts and their presence is required for any community event to be considered a success.

Every day is market day in Adjamé, Abidjan. Abidjan, the economic and former official capital of Côte d’Ivoire, is the largest city in the country and the second largest in West Africa after Lagos, Nigeria. Much of the country’s commercial and financial activities are based here, which explains the high level of industrialization, urbanization and population concentration. As the economy picks up after the latest post-electoral crisis, more and more businesses are flocking to Abidjan. 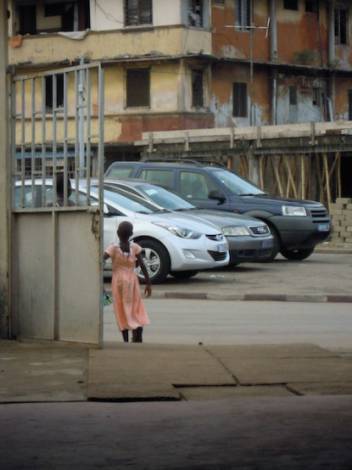 Depressing disparities. Côte d’Ivoire’s favorable economic recovery has attracted thousands of businessmen to the country, eager to capitalize on new investment opportunities. This growth, however, is concentrated in a very small number of hands. The number of foreign luxury cars on Abidjan’s streets is increasingly rapidly, yet much of the local population remains poor, and the infrastructure underdeveloped. 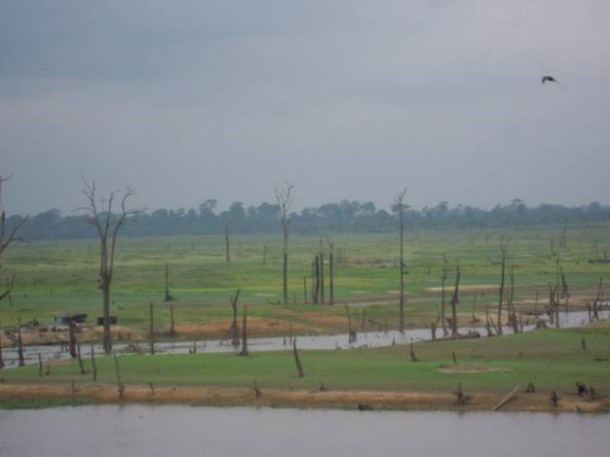 The Sassandra River on the way to Gagnoa

The Sassandra River. Worlds away from Abidjan’s crowds, traffic and pollution, the interior of the country boasts some of the world’s most beautiful landscapes. Banana trees, cocoa plantations and peanut crops stretch out for as long as the eye can see; untouched forests border the country’s massive roads leading north, while haunting rivers snake across the vast flatlands.

Still reeling from the latest politico-security crisis. Although Côte d’Ivoire’s government has made significant strides in reconciling the country since the post-electoral crisis that ended in April 2011, the current political context remains fragile and tense. The wounds are particularly fresh in the West, where thousands of internally displaced persons have not yet been able to return to their homes, which were destroyed during the war.

Just a few kilometers away from the destroyed houses in Duékoué lies the Sanctuaire Notre-Dame de la Délivrance d’Issia, an oasis devoted to peace and freedom from sin. Upon entering this sacred place, one almost forgets that the country was in the throes of a brutal war just two years ago.