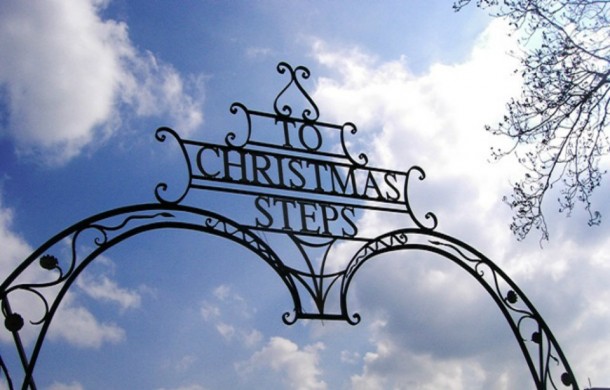 BRISTOL, UNITED KINGDOM. The city of Bristol has a long-held reputation in the UK for prolific creativity and fierce independence: two sentiments neatly embodied in the city’s most famous living resident: street artist Banksy. Indeed, when a chain supermarket opened on the self-proclaimed street called ‘Peoples’ Republic of Stokes Croft,’ – the location of Banksy’s first stencil, – the protests were such that to this day the store has to close five hours earlier than all its other UK branches for fear of broken windows and other reprisals.

Despite such a strong reputation, there remain in Bristol city centre eight relatively undiscovered streets, which represent both the creativity and the independence of the city. The Christmas Step Arts Quarter, nestled between the city’s supermall, Cabot Circus and Bristol University, is entirely populated by independent, owner-operated creative businesses and galleries. Only here will you find tattooists neighbouring up with violin makers, and art galleries alongside microbreweries. 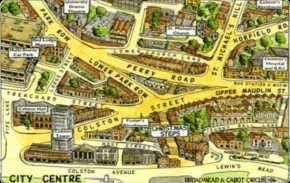 The area is no new-comer to the scene though; steeped in history, one of the oldest buildings – a tiny chapel – dates back to the fifteenth century and the Christmas Steps themselves (the only address of it’s kind in the world) were ‘steppered and done’ in 1669, according to a stone plaque adorning the top of the Steps. Before 1669, it was a muddy slope leading down to the river Frome, which although long concreted over to make way for a road in the 1960s, still flows unseen beneath the city. 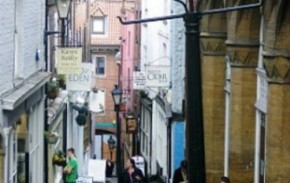 However, although long known for its historical significance, the area hasn’t always been known for its artisan residents and it was only in 2008 that the traders realised the abundance of independent, creative businesses in the area and got together to rename the area after its most unusual street.

It was rechristened by the city’s Mayor and has been called the Christmas Steps Arts Quarter ever since.

A walk around the area should really begin at the geographical centre of the area and the eponymous Christmas Steps.

One of the area’s most popular shops, the Bristol Cider Shop is located on this street; people come from all over the UK to sample the city’s native drink and once a year on National Apple Day, an apple rolling contest takes place on the appropriately sloped Steps. 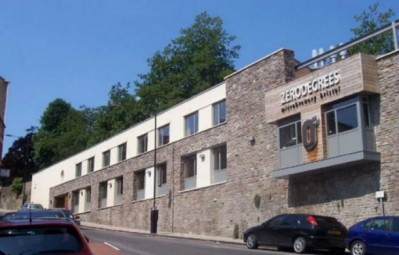 Left out of Lower Park Row leads to Park Row. Park Row flows through the area, linking the University to the city’s main hospital and is home to legendary subterranean night club, The Dojo Lounge. This tiny underground club was the favourite haunt of famous Bristol bands, Massive Attack and Portishead during the 1990s and is still going strong today.

Walking back towards the Christmas Steps, Park Row becomes Perry Road. This shopping street is a main thoroughfare for traffic through the city, so although always busy with cars, is not often noticed for its intriguing mixture of businesses. Here handmade tools sit alongside Amelie’s Antiques, a mother and daughter team selling unusual Japanese antiques, all housed in a wealth of splendid Georgian architecture that can’t be appreciated from behind the wheel of a car. 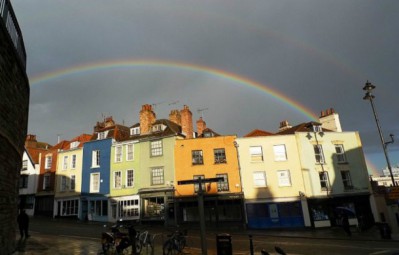 To the right of Perry Road is Colston Street, the longest street in the Christmas Steps Arts Quarter and home to one of the city’s best second-hand book shops, Bloom and Curll. The owner is perhaps representative of the spirit of the independent business owner, both lackadaisical – he only opens when he feels like it – and relentlessly enthusiastic, if you do find him open he is likely to engage you in a lengthy discussion on literature, whilst pressing upon you a glass of red wine and perhaps a game of chess. 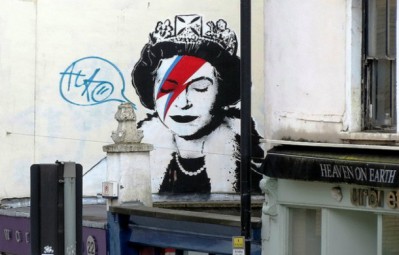 Colston Street and Perry Road eventually converge at the east end of the Christmas Steps Arts Quarter to become Upper Maudlin Street, a short street dominated by the Bristol Royal Infirmary. One of the area’s longest standing and most unusual businesses is to be found on this road, Heaven on Earth, an alternative funeral arrangers, who – amongst other things – provide bespoke coffins, even if the coffin you happen to want is in the shape of a 1966 Mercedes Benz.

A short back track along Upper Maudlin Street finds Horfield Road and St Michael’s Hill. The reach of the Christmas Steps Arts Quarter only extends to a few hundred yards along Horfield Road, but far enough to take in a typically diverse mixture of; Greek restaurant, the only shop in Bristol dedicated to the marathon-running enthusiast and a contemporary art gallery, Searchers – a pop-up space set up to promote modern pieces by local artists. 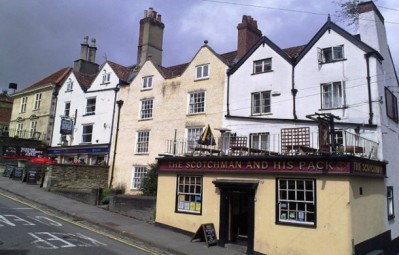 As for St Michael’s Hill, condemned criminals used to walk up from the Christmas Steps to the top of St Michael’s Hill to be hanged, taking their last drink at one of the pubs on the way. Today, it is still a street almost entirely populated by historic pubs, including The Colston Arms, where you can still see the pub’s original stained glass frontage from the 17th century.

Making your way back down St Michael’s Hill – having not met with such a grisly end – a visit to the Christmas Steps Arts Quarter should be topped off with a pint of ale in one of the area’s pubs or bars, and if you are looking for a recommendation, what could be more appropriate than a pint named for the area: Butcombe Brewery’s, Christmas Steps?