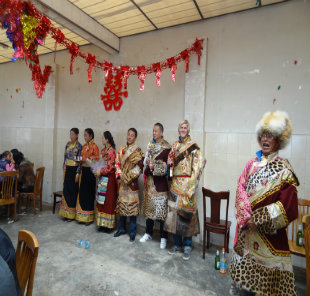 Study Abroad in China – “You Just Had to Be There”

After four quick months the time has come for me to return home and yet I feel as though I’ve only just begun to start to piece together the pieces of the massive and complex jigsaw puzzle that is Chinese life. Before I left home, a former teacher of mine foretold my current feelings regarding my departure from China, “It’s like you’re at the world’s greatest buffet, and you’ll just be getting done with the appetizer.” And now that I’m leaving, I do still feel a bit hungry.

During the final meeting with my study abroad program group, we had a discussion about reverse-culture shock, which is when a traveler who has spent time in a different lifestyle experiences genuine culture shock by returning to his own home. China is such a drastically foreign environment from the US that I can understand why SIT (my study abroad program) makes the discussion on dealing with reverse-culture shock mandatory. Throughout my time here I’ve tried my best to describe to readers parts of my experience here, but the reader must understand that they are merely tiny snapshots, moments that I thought would be the most interesting to read on a computer screen.

What makes living in China so unique and wild are the little artifacts of daily life that don’t merit postings. The surreal and often bizarre moments that the traveler encounters every time he leaves the safety of his hotel room, these are the moments that can’t be so easily explained to friends and family. It’s simply something that one needs to see for themselves. To the American who hasn’t been to China, it may sound like gloating when in response to questioning about his experience the traveler grins, and shakes his head saying, “You just had to be there…”

But for those of you who have been there, you know that this is not said in a display of vanity, but in actual conviction. How does one accurately explain the sensory overload experienced in walking through a Chinese market? What are the right words to use to describe the feelings of untroubled helplessness one has while sitting in a rusty van packed full of rowdy Tibetan youth, speeding down a rocky mountain road on its way to a field of hairy, long-horned yaks? Is there a more precise way to relay the fervor experienced while biking through the crowded streets of Kunming during morning commute? 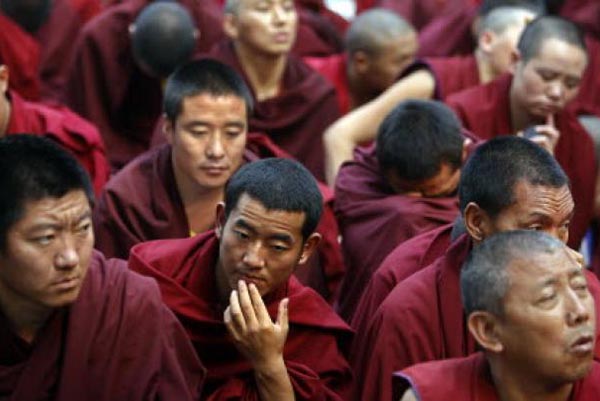 Rowdy group of Tibetans | via Tibetsun

Exile Tibetan Buddhist monks listen to a speaker during Tibetan People’s Solidarity Campaign in New Delhi, India, on 1 February 2013. The four-day campaign that began Wednesday is held to express solidarity with Tibetans inside Tibet and to raise awareness and seek international support for Tibet.

Looking back on it, I couldn’t have asked for more from my time here. I would highly recommend studying in China to any student interested in getting an enriching and exciting study abroad experience. Also, I would highly recommend Yunnan province to anyone who’s perception of Chinese culture is restricted to that of a homogenized, mono-ethnic society of crappy drivers and algebra nerds. Yunnan amply proves the opposite, as it is a culturally diverse, naturally stunning, and impassioned region that easily shatters any Western-held stereotypes of China.

So what was China like? As I sit in the futuristic Beijing airport waiting for my flight to Newark to begin boarding, I rack my brain for memories that would make riveting stories for everyone back home to hear. But surprisingly, only a handful of memories come to mind.

I realize that it’s not the monstrous moments of intensity that matter, but yet it is the culmination of an entire experience as a whole that contains the lasting significance. It is the tiny, seemingly insignificant atoms of day-to-day life in the Middle Kingdom that make up the real importance of my time spent here.

When traveling, people tend to make the mistake of putting too much focus on the destinations. The ancient monument we saw. The sacred temple we visited. The famous restaurant we ate at. But to me, it’s not those tangible things that matter most. It’s the small moments, often overlooked, throughout the scope of the whole trip that matter. Purchasing your train ticket in a raucous station. Squeezing onto a packed bus during rush hour. Drinking tea with complete strangers on the street. Bartering for your hotel room in the middle of the night. These are the moments that stick with your character, and that affect you in ways a photograph or souvenir could never do. So when the inevitable inquiries about my time here come, please just take my word for it if I say with a smile, “You just had to be there.”