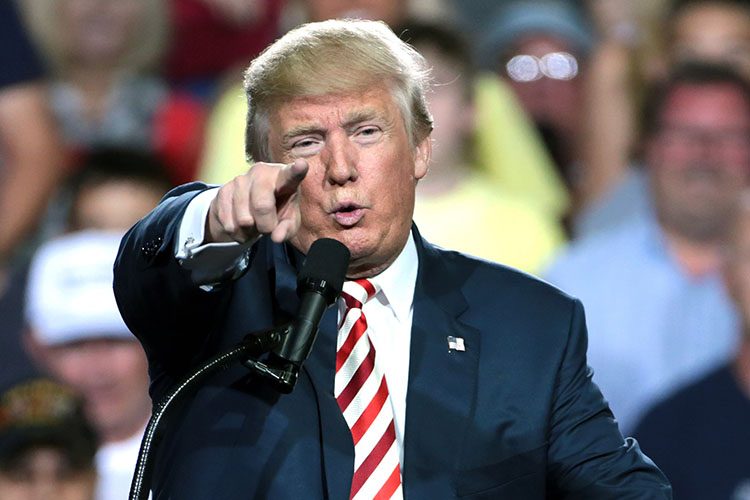 If Russia and China Could Vote, Look Out for President Trump

That’s the tagline for RT, originally Russia Today, the first 24-hour English-language news channel in Russia funded by the Kremlin.

So I knew about King’s RT connection, but when Ed Schultz, formerly of MSNBC, and former U.S. Rep. Allen West (R-Fla.), a Fox News contributor, popped up on RT on my hotel TV screen in Krasnoyarsk, that really made me question more.

In his RT promo, King defines journalism as “asking the right questions and demanding the right answers.” It’s more than that, as every one of my Journalism 101 students learns tackling their first essay question: “Why does a democracy need journalism and the First Amendment?”

Students learn about journalists’ watchdog role against corruption. On my two-week tour of Russia across 3 of 11 time zones, I coached investigative reporters serving as watchdogs against corrupt land deals, housing scandals, dangerous roads, seizure of a public lake for private gain, and even monks driving Mercedes as they try to drive locals off their island to improve their tourism coffers.

Students learn that journalists serve as a voice for the voiceless. I was inspired by the story of a Russian ethnic group of reindeer hunters losing their rights as modern developments encroached on their land.

And particularly in this presidential election year, students learn about journalists’ essential role to inform citizens about candidates and issues.

I know, I know: You’re fed up with this migraine of a presidential election campaign, you’re disappointed in the journalists covering it and you’re tired of hearing the candidates’ same old spiels.

But, my fellow American citizen, if you are thinking of sitting out the presidential election, please think again. After having spent two weeks in Russia this fall following seven weeks this summer in China, I have found new energy in two realities: We are about to elect the next leader of the free world, and the world is watching us.

Trigger warning: If the Russians and the Chinese had the right to vote in the U.S. election, look out for President Trump, but for entirely different reasons.

Got your attention? Well, sit back and enjoy a few reflections from my travelogue as I send you a civic postcard that’s a combination of love letter to America and a wakeup call for voters.

Traveling to the flip side of the globe, I’ve been reminded of three truisms: first, we live in a small news media world; second, education can be indoctrination, and third, voter fraud is universal.

I made it to Krasnoyarsk, a city of 1 million at a main junction of the Trans-Siberian Railway, on the last stop of my tour working with investigative journalists, bloggers and educators. It was just in time to watch the first presidential debate between Donald Trump and Hillary Clinton.

Although the debate was broadcast on Russian television, I watched it on a live stream off my iPad at 9 o’clock Tuesday morning, Sept. 27, as you were watching in America, if you had the nerve, starting at 9 o’clock Monday evening EDT.

“We aired the U.S. presidential debate on Russian television even though we don’t even broadcast the debates for our own Russian elections,” said a longtime Russian journalist friend and news media consultant. She had moved her family out of the country to find a better education for her young son and find a little more sanity for herself.

I got a glimpse of the Russian education system in Novosibirsk, “the Chicago of Russia,” when I provided an impromptu lesson at a private academy teaching English to students from 7 to 70 years old.

My translator for the journalism workshops, who is a teacher at the academy, told me the reaction she got from boys 10 to 15 years old when she tried to teach not only English but also American culture to her students:

“Why do we need to know about the Americans? They are our enemy.”

I tested that anecdote on my Russian friends, and the responses were similar: Sadly, that’s true. It’s the propaganda that swamps their parents and grandparents through the state-sponsored television news media.

The role journalists play in public education was captured in a phrase etched in a stone archway at the world’s first journalism school (1908), my alma mater at the University of Missouri: “Schoolmaster to the People.”

I once asked Kentucky’s historian laureate Thomas D. Clark, “What’s the difference between education and indoctrination?” Dr. Clark replied, “Nothing. It just depends on what your doctrine is.”

Who’s to blame for Russia’s troubles varies over time, whether it be Afghanistan, or the Ukraine, or some other future target for invasion. That’s why the grandmother of my former translator in Novosibirsk is so worried about the Cool War between Russia and the U.S.; she fears another military conflict.

For her the last big one, the Great Patriotic War (1941-45), saw Russian and American soldiers fighting a common cause against Hitler, and everywhere you go in Russia you can see great monuments to this bloody triumphant.

Total civilian and military deaths for U.S. families, estimated at 418,500, dwarf in comparison to estimates of 24 million for Russian families. If Russia is your foe, never underestimate its people’s ability to take a hit and suffer.

In Novosibirsk I was moved by the teenaged schoolchildren, dressed in white tops and black pants or skirts, who marched into formation midday for the changing of the guard at a monument to the unknown soldier in the Great Patriotic War with its eternal flame. Compare that scene with how much American teenagers know or care about World War II.

Trump got high marks from RT post-debate commentators for challenging Clinton’s assertions that there’s “no doubt” Russia was behind cyberwarfare, including the hacking of Democratic National Committee emails.

“I don’t think anybody knows it was Russia that broke into the DNC,” Trump said. “I mean it could be Russia. But it could also be China. It could be lots of other people. It could be somebody sitting on their bed who weighs 400 pounds.”

My time in “the Chicago of Russia” this fall followed seven weeks this summer in China, including my role as a visiting scholar in Wuhan, “the Chicago of China.” After having spent most of my professional journalism career in the real Chicago working for the Tribune, I thought I learned all I needed to know about election fraud.

I recall a woman born in Chicago but retired to Florida who insisted in her will on being buried in a Chicago cemetery. Why? She said she wanted to remain active in the Democratic Party.

Then comes routine introductions at a journalism workshop in Yekaterinburg, hometown to Boris Yeltsin, Russia’s first freely elected president in 1,000 years. An investigative reporter mentions offhandedly that he had just gotten out of jail to attend the training session, which included my maestro approach to storytelling.

Recognizing a good story when I hear one, I brought my translator over to him on our first coffee break. He said he had been released after serving a 10-day sentence on trumped-up charges of striking a woman. I told him that he must have had a good attorney.

He said it was not an attorney who sprung him; it was the power of the people who rose up to support him knowing that the real reason for his incarceration was his reporting of voter fraud in the last election. He said the woman judge’s hands were shaking as she sat on the hot seat of bad publicity.

All hail the power of the press, here and abroad.

Voters in Russia and China share a common perspective. Unlike in America where on Election Night the people learn who won, the Russians and the Chinese already know who will win before they vote.

So your vote matters in this upcoming presidential election, and you can take pride in that.

Perhaps you missed President Vladimir Putin’s gambit on Russia’s elections for the State Duma, or parliament, in September, moved up from December. His ruling party, United Russia, prevailed as expected.

You can rest assured that many educated Russians aren’t missing coverage of our presidential election.

When I asked a 19-year-old college student from St. Petersburg working for Tag About, a Krasnoyarsk local news website, about the U.S. presidential election, she said, “There has been so much news coverage about it, I can’t say I know nothing.”

In Russia I picked up the prevailing view that Hillary is out to get Russia and I heard her views described as “crazy” more than once.

In China the word “crazy” came up again, but in this context: “If America is crazy enough to elect Trump, then he will be such a disaster that it will give China just the jump it needs to overtake America as the No. 1 economy in the world.”

I talked with Russians and Chinese who think Hillary is a more qualified and a more stable force for the world, though the former First Lady, U.S. Senator and Secretary of State was not as well-known as the television star with “charisma.”

For Democratic charisma, the words “President Obama” routinely got a rise out of Chinese middle school and high school students this summer at the Little London English School, where I was the lead teacher on a team of 10 foreign teachers organizing summer camps in Hohhot, the capital of Inner Mongolia.

For Kremlin charisma, the Chinese have dubbed Russia’s leader “Putin the Great,” and book sales of “Putin Biography: He is Born for Russia” have soared to a Top 10 nonfiction bestseller list.

The internet meme of Obama and Putin exchanging a “Doctor Zhivago” cold stare at the G20 summit in China reminded me of why I spend my free time in either Russia or China. I believe their connections and relationships with the U.S. will define the century.

In conversations with my Russian friends, the old adage on the campaign trail that “it’s better to be strong and wrong than weak and right” came up in the context of Putin’s 83 percent approval rating in Russia.

The figure was as intriguing as the gossip about his mystery girlfriend’s ties to Trump’s daughter, a behind-the-scenes drama fitting with the Russian penchant for duplicity.

In a world playing chess, please don’t get caught up in a silly game of checkers. Question more, or at least question as much as the Russians and the Chinese who are watching the U.S. presidential election. Tune in, America; don’t tune out. And remember, the world is watching you.

What do you think? Let us know in the comments below!