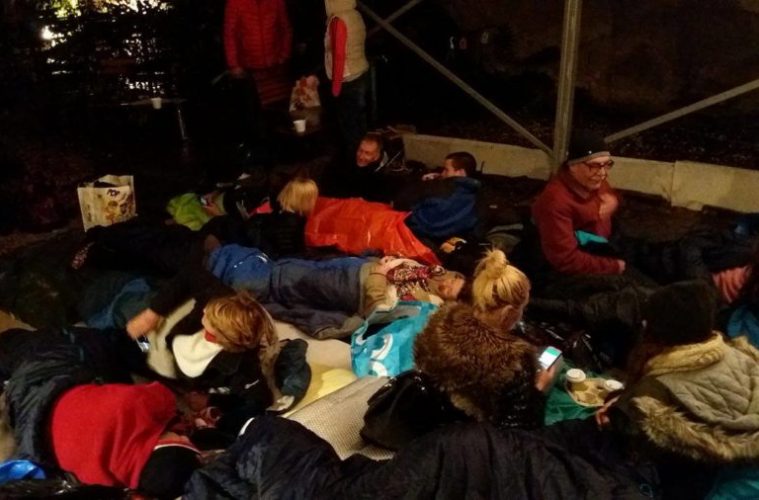 The British ambassador Paul Brummell drew attention to homeless’ needs in Romanian capital Bucharest sleeping in a makeshift tent on rainy Friday night. The British diplomat, along with other volunteers, took aim at supporting World Homeless Day leaving his plush residence for harsh living conditions on a chilly October night.

The event set last night by Casa Ioana Association, which is a Bucharest-based charity, gathered 25 volunteers, including British Embassy staff, to raise awareness on living on the streets. People arranged the pieces of cardboard, mattresses, sleeping pad and sleeping bags very close to each other preparing for an outside sleepover. In their attempt to touch people’s hearts one improvised overnight shelter was seen in downtown Bucharest. In addition, slogan that read “Sleeping out so that others don’t have to!” has underlined their humanitarian action.

Despite unpleasant weather made it worse, they have acknowledged the experience of homelessness was much more comfortable than of those forced by circumstances to spend nights outdoors. The sleeping bags they used will be donated to the needy. The British ambassador Paul Brummell is the first diplomat accredited to Romania who has slept outside to show his support for an anti-homelessness campaign.

The association believes the combination of various factors such as unemployment, discrimination, poor skills, low income, poor housing or lack of housing, ill-health and family breakdown can lead to homelessness. But regardless of their difficult situation people, including state-funded programs should help homeless to move on with their lives.

To date, Romanian authorities are not able to provide specific figures for how many people are homeless but estimate the number to 5,000 in Bucharest while other 15,000 across the country. On World Homeless Day, advocates focus on the estimated 100 million people around the globe who live without a roof over their heads.