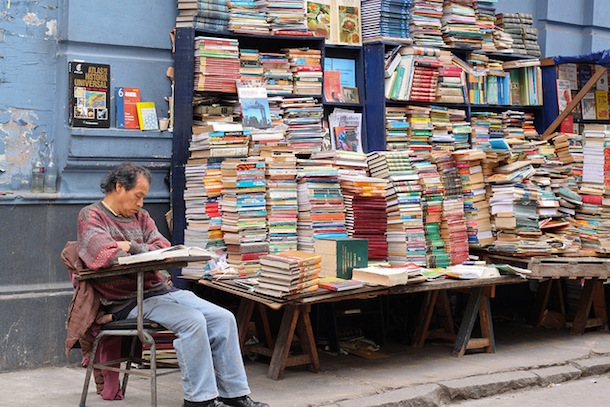 The Crisis of the Humanities

U.S.A. Over the last several years, much has been written about the state, and the crisis, of the humanities. Michael Bérube, Edwin Erle Sparks Professor of Literature and Director of the Institute for the Arts & Humanities at Pennsylvania State University, has examined the profusion of recent essays on the decline of the humanities. In an exclusive interview with ROOSTERGNN, he explains his opinion on the relationship between the humanities and various factors, from gender to the economy, as well as outlining the overall value of studying the humanities.

Michael Bérubé: For the most part, women do not shy away from the humanities, with the exception of philosophy, where the gender imbalance is pronounced. In the modern languages and art history, women are well represented. Indeed, they make up almost 70 percent of Ph.D.s in English.

What is keeping the arts and humanities Ph.D programs from collapsing?

Arts programs (especially in the performing arts) tend to produce MFAs rather than PhDs, and many graduate programs in the arts and humanities have decreased in size over the years. But they haven’t collapsed because students continue (with good reason) to find the disciplines of the arts and humanities fascinating and fulfilling even though the academic market for arts and humanities graduates is so weak. These are fields of endeavor that, for many people, speak to the deepest sense of what it means to be human– and it is a travesty that the academic job market has been gutted for them.

Why have academic jobs not recovered yet from the recession?

Partly because they involve disciplines of lifelong learning rather than narrow vocational training, and partly because they involve profound and endlessly challenging questions about who we are and what we value. The humanities are– I don’t think this is too reductive– concerned with what we value (as a culture, as a nation, as a species) and what “value” consists of. For example, the history of the idea of universalism– the idea that each of us has some kind of “intrinsic” value (though I would say that value can only be attributed and is not really “intrinsic”)– subtends centuries of debate about slavery, feminism, gay/lesbian rights, disability (physical and intellectual) and human relations with the animal world. What could be broader or more compelling? The humanities do not offer the promise of a better life, it is true. There is a long tradition in the humanities of acknowledging that greater knowledge of the world might only bring greater sorrow. But we offer the promise of an examined life, and I think Socrates was right to say that the alternative is not worth living.

How can we get universities to approve of the idea of graduate training for careers outside of academia?

I address this question at the end of this essay. Deans and provosts will simply have to agree to evaluate graduate programs on criteria broader than that of academic tenure-track placement alone. I think my own dean is taking a step in the right direction in this recent essay, by including “meaningful professional employment outside academe” in the evaluation process.

Michael Bérubé is Edwin Erle Sparks Professor of Literature and Director of the Institute for the Arts and Humanities at Pennsylvania State University. He is the author of seven books to date, including Public Access: Literary Theory and American Cultural Politics (Verso, 1994); Life As We Know It:  A Father, A Family, and an Exceptional Child (Pantheon, 1996; paper, Vintage, 1998); and What’s Liberal About the Liberal Arts?  Classroom Politics and “ Bias” in Higher Education (W. W. Norton, 2006). Life As We Know It was a New York Times Notable Book of the Year for 1996 and was chosen as one of the best books of the year (on a list of seven) by Maureen Corrigan of National Public Radio. He is also the editor of The Aesthetics of Cultural Studies (Blackwell, 2004) and, with Cary Nelson, of Higher Education Under Fire: Politics, Economics, and the Crisis of the Humanities (Routledge, 1995). In 2012-13 he served as the president of the Modern Language Association, the largest North American scholarly society in the humanities.