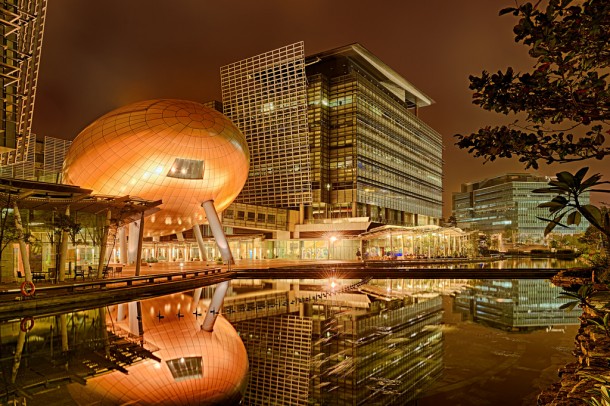 Recently, two high profile news items hit the headlines in the world of economics. The first was the announcement that Japanese car manufacturer Toyota sold more than ten million vehicles worldwide in 2013. This figure is astounding, and goes to show how a country like Japan is capable of producing around 40% of Toyota vehicles nationally, despite high labour costs. This is key in unravelling the fallacy that countries with high labour costs cannot compete in the international market. The key to their competitiveness lies in their scientific superiority.

The second article referred to Google selling off Motorola to telecommunications company Lenovo. Chinese companies have spent decades introducing themselves into the European and American markets either through their own companies or through buying national companies.

Headlines such as these have appeared regularly for years and demonstrate how Asia’s ascent in the world economy is unstoppable. At the same time, however, the key to this exponential development is obvious: the majority of Asian countries have spent decades investing heavily in science. That is, their investment in education is the reason behind Asian economic success. Without education there is no present nor future.

During the period between 1999-2003, 4% of published articles in scientific magazines were from China. Ten years later, in a spectacular increase, China constitutes 10% of such publications, in second place behind the United States.

A similar thing has happened with India, a country that in the past did not even appear in the top 10 list, now makes up 3% of the world’s scientific publications. Similar examples can be found in South Korea, Taiwan, Singapore and Thailand.

The answer to the scientific growth in these countries is found in the continuous investment in science. The statistics are eye-opening. During the period from 1996 to 2007, the volume percentage increase in research and development (R&D) in China has been about 8%, in India 2% and in South Korea more than 4%.

The high and sustained investment in R&D during this time has had many repercussions: the first being the impact on the economic development of each country. Each country that, in time, sustainably invests in science, concentrating on very specific sectors, can maintain sustained economic growth. The examples of this are clear; in fact, this premise is widely accepted. During the last 30 years, China has had a growth rate of around 9-10%. India, even though its recent development has been slowing down, continues with a growth rate of 5%. In the 1950s and 1960s, South Korea transformed itself from an agricultural country into one whose companies now exhibit spectacular internationalisation rates. It is thus that corporations such as LG, Hyundai, Daewoo or Samsung were put on the map.

The world of patents and innovation simultaneously exhibits the consequences of this investment in science. An undeniable example lies in the change of positions observed in the register of patents in the United States.

If in 1989 Japan was the main registrant of foreign patents in the United States, followed by European countries such as Germany, France or the United Kingdom, 20 years later we find a completely different panorama: Japan is again the leader, however, three more Asian countries, previously not on the list, have appeared – South Korea, Taiwan and China.

Overall, this demonstrates that the Asian economic growth is preceded by and, above all, supported by strong investment in R&D and in the latter’s support for quality education. The Asian phenomenon is built on the same foundations as other modern economies, such as the American, Canadian, German, Swedish or Finnish.

They have copied the model, adapted it and maintained it despite the international economic crisis that has affected the world since 2008.

If Europe would like to continue maintaining its privileged position in the world, it should find a united European approach to once again invest in science. This implies restoring the south of Europe, and, in particular, of Spain.