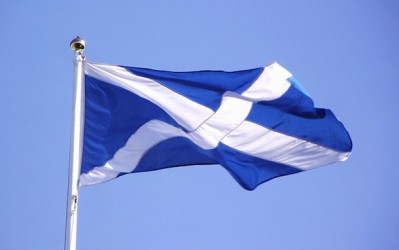 SCOTLAND. On September 18th, 2014, inhabitants of Scotland will be asked whether or not they want to be independent from the rest of the United Kingdom. The debate around the referendum has been a central feature of national news in Scotland since the Scottish National Party won a substantial victory in 2011’s general election.

Over the past few months, however, it has come to dominate political discussions in Scotland. Those against Scottish independence argue that, although the union isn’t perfect, Scotland is better off as a major contributing part of it. Those supporting independence make the point that the priorities of the Scottish and Westminster governments are now so divergent that only independence would allow Scotland to pursue what it needs.

Unsurprisingly, there is little discussion about this outside the U.K., but I would argue that it is an incredibly important debate about a nation’s future. It is also an excellent example of how nationhood and national identity can be asserted in a progressive and inclusive manner.

The debate about Scottish independence brings up some interesting questions about what kind of nation Scotland is and what kind of nation it can be given the opportunity. If one were to look at the political climate in Scotland compared to Westminster, there are striking differences. For example, and this is a common argument, there are more pandas in Edinburgh Zoo than there are Conservative Members of Parliament from Scotland. Aside from that rather trite example, there is plenty of evidence to support the argument that mainstream Scottish politics leans more to a progressive point of view than Westminster politics. Firstly, university tuition fees in Scotland are paid for by the Scottish Government; this is not the case in England. In addition, there is widespread distain for the austerity measure,  which have been imposed on the Scottish people from the Liberal Democrat/Conservative coalition Government, which Scottish politicians have very little power to reject. It has become a case of wildly differing priorities with no reconciliation in sight.

The politics of Scotland and England have diverged to such a degree over the past 20 years or so that independence has become too great an opportunity to miss. An independent Scotland should bring democratic power, which has become more and more centralized in Westminster, back to the people. Independence for Scotland should be viewed as a rejection of the conservatism of U.K. politics, which has only lurched further to the right over the past decade. Independence should be seen as a way of reinvigorating left-wing politics in the country; injecting it with a renewed sense of purpose and direction. Progressives should use the debate to seize the agenda from the right and make the case for what Scotland can achieve if she wasn’t hamstrung by the conservative agenda – and I would argue that the Labour Party are a part of that agenda.

In conclusion, the independence debate outlines two very different visions of Britain; one that accepts the past and also looks to the future and another that sees no need for change. The view represented by the latter is uncertain about the future and does not think Scotland is able to operate on its own. This uncertainty is something to be positive about; we should not be afraid of independence in Scotland; in fact we should embrace it and see it as opportunity to right a few wrongs. It is an amazing opportunity to increase political accountability and representation. Chances like these don’t come around very often. Those in opposition will continue to talk of uncertainty; this should be used as a positive because nothing worth having comes easy, especially when it comes to the politics of self-determination.