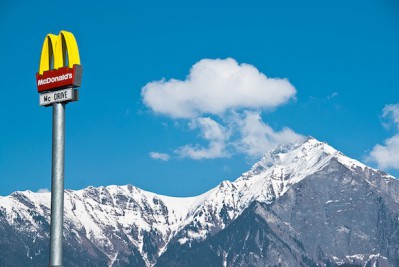 20 Years since NAFTA: Reflection on Globalization

GLOBAL. 2014 marks the 20th anniversary of the signing of the North American Free Trade Agreement (NAFTA), an ideal opportunity to reflect on globalization and what it means. Globalization has come to define the modern age, and the agenda of creating a democratic and free global community is based on the ideas of consumerism. There are many who believe that globalization has been, and continues to be, a globally beneficial endeavor. This argument, however, bears little resemblance to the reality of globalization – and how the process has been hijacked.

Globalization has many definitions, which encompass a wide range of aspects of human life from cultural and societal to pure economics. Many of these definitions are also conflicting. However, the dominating aspect of globalization is economic interaction. The International Monetary Fund defines globalization as “the growing economics interdependence of countries worldwide through increasing volume of cross-border transactions of goods and services, freer international capital flows, and more rapid, widespread diffusion of technology.”

Understanding what globalization actually means is crucial to understanding why initiatives such as NAFTA have seized globalization for the benefit of a certain sector of society.  The term “globalization”, used neutrally, simply means international integration. This is something the majority is in favor of, – it has been a core principle of every left-wing and working class movement since their origin, – and it is also why a union is called an international.

Globalization as we know it, however, is the result of the term being appropriated by the investor class as a way promoting their version of international integration which is oriented towards the interests of multinational corporations and the easier movement of capital. It is one specific method of integration. In this arrangement, countries have to open their borders to free imports from highly subsidised industries from countries such as the United States which wipes out the domestic product for domestic needs. The result is poor farmers must relocate to cities, creating a large labour force which helps lower wages for foreign manufacturers – this means that even whilst the economy may be booming, wages are stagnating or even decreasing.  This process has taken place countless times over the age of globalization and is a primary feature of NAFTA. Now we have the Trans-Pacific Partnerships (TPPs) potentially on the horizon.

The 12-country TTP has not received a great deal of press coverage, but has been in the works for almost a decade. The trade agreement is an attempt, according to President Obama to correct mistakes of NAFTA – “some of these old agreements put us at a disadvantage – that’s exactly why we’ve got to have stronger agreements,” as stated in a Politico article from February 2014 by Eric Brander .

Thankfully there has been pushback on this: representative Louise Slaughter interviewed in Politico stated that “It’s all been give-away and we really can’t afford that anymore.” However, there is a great deal of secrecy around the negotiations surrounding the TPP. Many critics argue that this lack of public participation highlights that it is a trade deal that will benefit multi-national corporations only. In a BBC News article from March 2013, this concern over secrecy is seen to potentially have an impact on intellectual property laws as well as access to and distribution of generic drugs. These concerns were voiced by a number of law professors back in 2012 who wrote an open letter calling for greater transparency.

More recently these talks have hit a roadblock; in February 2014 representatives Harry Reid and Nancy Pelosi opposed giving President Obama the ability to fast-track the agreement. A Washington Post article from that month by Ed O’ Keefe also highlighted the opposition from other prominent Democrats such as Alan Grayson.

The economic side of globalization has taken precedent over every other aspect and has been distorted to benefit a narrow sector of privilege and power and the version of globalization being espoused by the mainstream media is one which is based on right-wing ideology and the interests of multinational corporations, not people.