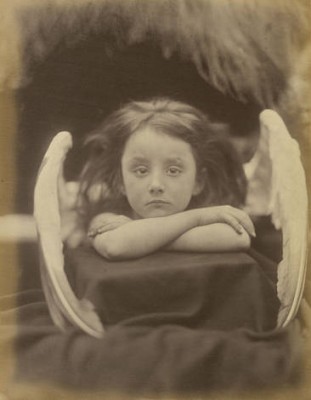 Britain’s Cinderella Law, Is There an “Ugly Sister” Inquiry, Too?

U.K. The British government is seriously considering introducing legislation to make emotional neglect of children a criminal offence. Social workers currently have definitions of child abuse and neglect amounting to cruelty but it has no legal weight. This makes it difficult for the police to intervene in situations of child neglect. The introduction of the so-called “Cinderella” law would allow the prosecution of parents or guardians identified by social workers as emotionally abusive or neglectful.  The question is: is there an “ugly sister” inquiry too?

British charity Action for Children reported their findings that one in 10 children in the UK is abused or neglected by their parent or guardian. The charity interviewed 4,000 children aged 8-16, 73% of whom could identify another child who they felt were neglected or abused. The report also indicated that many social workers and teachers felt powerless to help children who were in these situations.  Violence isn’t the answer obviously, but what are the statistics of parents who feel stressed by parenthood and unable to cope with pressures.  Are there similar percentages of social workers and teachers who feel concerned about parental wellbeing too?

The campaign for the Cinderella law comes on the wake of several prosecutions for the death of children due to neglect and abuse. Most recently, in October 2013, Amanda Hutton was sentenced to 15 years jail for manslaughter of her four year old son Hamzah Khan, who died of malnutrition. In January this year, Emma Wilson was jailed for life for the murder of her 11 month old son Callum after he died from a severe brain injury. In both instances, there was a recognized failing by health professionals and the police to intervene sufficiently to prevent the death of these children.

So, the “ugly sister” inquiry: what is being done to assist parents who are neglectful of their children? The British media demonized Emma Wilson for her treatment of her son, reporting her as twisted. Amanda Hutton was described as wicked and news services reported that she threatened the lives of her other children when confronted by her eldest son about Hamzah’s death.

What appears to be missing from these stories is a deeper probe into why these mothers were responsible for the deaths. Reports indicate that Hamzah’s father, Aftab Khan, was arrested for domestic violence and assault against Hamzah’s mother, and that he urged police to check on the boy because he was being neglected. Was there any inquiry into why Khan assaulted his then-partner? It is all speculative, but was he acting out of concern for his son and the other children?

Similarly, what measures were put into place to assist Emma Wilson, who kept her pregnancy a secret and gave birth unattended? It was reported that she became pregnant by a man she was not in a relationship with, but was it a more sinister situation than that? Her partner, at the time of Callum’s birth, convinced her to put the baby up for adoption. It is unclear if she was still with that partner when she made the decision to remove Callum from foster care and into her own care. It is also unclear the role others played in her emotional wellbeing; in reality or in perception only.

As Dr Bernard Gallagher, of the University of Huddersfield, said: “Short of having CCTV cameras in people’s houses we are not going to know what’s going on with children all the time and neither should we know what’s going on with children all the time.” There is clearly privacy to consider, but both Emma and Amanda had come onto the radar of social services. If these deaths had occurred in homes not known to social services, it would be a different situation. What is unclear, and should be investigated is the measures of support offered to these mothers and their families, how passively they are presented, and what measures of force can be applied by the state to intervene in situations of negligence or abuse. It is important to increase the laws protecting children; that much is clear, but it is also important to improve the measures to assist their parents to prevent these tragedies.