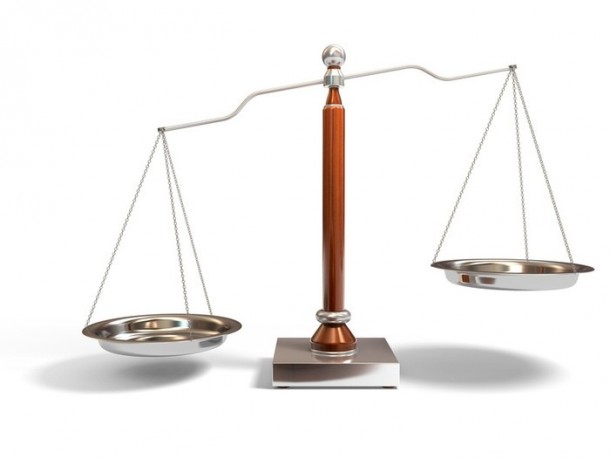 SERIES: Education | Balancing the Missions of Universities in the Millenium

[translations idioma=”ES” url=”https://archives.rgnn.org/2014/04/18/serie-educacion-una-balanza-de-equilibrios-en-la-mision-de-la-universidad-del-nuevo-milenio/”]
Under the motto, “Education is the key,” ROOSTERGNN is publishing a Special Series dedicated exclusively to one of the most important topics defining our society of today: Education. View the complete series here.

GLOBAL. When we look at modern-day universities, what do we see? What role do they play in this millennium?

Over the last 20 years, the concept of university, and what is expected of it, has changed enormously. In the midst of the dramatic technological advances taking place in our time, a new model of university is emerging; one that responds to the demands of the knowledge society. Its role is focused primarily on producing high-level learners, scientific research and training specialist human capital. The result is a higher level of competitiveness both within the country and on an international scale.

In effect, the worldwide economic forces are heading towards a globalisation of the market and are influenced by neoliberalism and capitalism which drive them to achieve strictly commercial and competitive objectives, with the aim of placing certain countries in an advantageous position within the political and economic sphere. In this context, universities must adapt themselves to a more complex, global and changing environment. University institutions are no longer simply transmitters of knowledge but have become an additional organ that participates in the production and diffusion of that knowledge alongside other institutions, such as laboratories, consultancies, businesses, etc., in order to respond to industrial and labour-market needs.

A new paradigm of the “entrepreneurial university” (proposed by Clark, 1998) has been created within this order of factors, with a fundamental focus on scientific research and technological development, based on the innovation generation (R&D+i; Research, Development and Innovation), the programme that the new mission of universities has stemmed from. This new mission is known as the third mission, and the idea was quickly adopted by the European Commission (2000) in order to launch the strategy ‘The Europe of Knowledge 2020’, focusing chiefly on the role of universities as an agent for transferring and diffusing technological and scientific knowledge to society, in collaboration with other agents that also aim to meet this objective.

But what about the traditional functions that university institutions were once so well known for? It is without a doubt that the fundamental question that universities in this century face relates to the traditional mission to which it was assigned, that is, teaching and research, fundamental pillars of its reason for being. The adaptation of universities to the new parameters of the knowledge society and its emphasis on the productive aspect has resulted in an imbalance between the two principal poles of its traditional mission:

Which should hold more value, teaching or research?

Where should professors focus their efforts most?

It is a well-known fact that the reward system governed by the current national and international policies, according to the data collected by Fairweather (2005), is not at all related to the rhetoric that has always underpinned the philosophy of universities, that is, the importance of teaching and research as two activities which complement and reinforce each other. Conversely, productivity by means of research still remains the most important and determining factor when establishing a professor’s salary, which suggests that apparently teaching has established itself as a category of work that is ‘separate or different’ from research when it comes to the monetary value attributed by institutions to these two activities (cf. p. 418). In fact, research is primarily built on development and innovation, which is generated by technological knowledge, and, as a consequence, its results must be passed on to the country’s economic fabric. To what extent has research become a source of productivity that in turn becomes a fundamental factor in the academic and scientific career of a university professor, scientific production being a key component in the evaluation of faculty members for promotion. This is the question that is emphasised in the regulations set out by the Spanish Ministry of Education for the evaluation of research work carried out by academic staff (whose organisation in the evaluation process is the CNEAI) in addition to the criterion of the national agencies when evaluating academic staff’s activity in the hiring process (e.g. ANECA).

Consequently, the current education policies and their productivity criterion indicate a compartmentalisation of both university activities – teaching and research – bringing with them a more utilitarian perspective, less disinterested, of university professors. In fact, in the same way that institutions seek to position themselves within this new global market of knowledge, professors seek to find a place for themselves within this balance of forces, redefining their work and their role either towards a new type of teaching established by the new educational practices, or towards a career in research, leaving teaching as a secondary task.

Despite the fundamental dilemma created by this division of both tasks in the mission of universities, Fairweather (1993, 2002) and other scholars demonstrating the reality of universities in the changing process (Clark 1997, Colbeck 1998,) suggest seeking a balance between teaching and research, going so far as to advocate the merging of both activities in the professor’s work, as long as university institutions embrace a broader notion of research that includes the scholarship of “discovery and integration of knowledge, its application and teaching”, according to Ernest Boyer’s proposal on the education of the future, gathered in his book “Scholarship reconsidered: Priorities of the professoriate” (1990). His broad definition about what a scholar is favours a policy of evaluating the work completed by professors that does not only pay them for their teaching and research, that is, one aspect of work at the expense of another, but that celebrates opportunities to actively negotiate a more global definition of their roles expectations that allows them to combine both functions; in the words of Colbeck (1998), “…increases in faculty productivity may be more likely to occur when working conditions are fostered that encourage integration of teaching and research.” Such an approach favours a greater compatibility between the roles of research and teaching in the work of faculty members and, therefore, creates a more inclusive – less stressful – role in scholarly activity.

In fact, there has always existed an interdependence and synergy between teaching and research that only university professors have known how to combine; it is therefore questionable whether to reduce academic work to a product of research and quantifiable results, the same way that it is questionable whether to reduce it to the simple task of lessons and classes without allowing room for research efforts. Teaching and research are not two separate realities, but rather are two sides of the same coin. According to some international university classification rankings, the fact that ‘teaching’ is considered to be a key piece in the proportion of ‘active researchers’ in an institution highlights the close relationship between the two tasks. For example, in “The Times Higher Education World University rankings” (THE), one of the performance indicators within the teaching category is a ‘reputational survey’ (15%), designed by Thomson Reuters, which measures the prestige of institutions within the field of teaching and research, two categories which are interrelated. This is also highlighted by Phil Baty in an article on perfecting the methodology of rankings:

As well as giving a sense of how committed an institution is to nurturing the next generation of academics, a high proportion of postgraduate research students also suggests the provision of teaching at the highest level, that is attractive to graduates and good at developing them. (“Change for the better”).

It is true that the current tendency towards achieving strictly commercial and competitive objectives demonstrates the priorities of professors as efficient, research-based work that meets the institution’s goals and the quality criterion of the country’s education policies. However, accepting the prevailing thought patterns that exist in today’s society does not imply submitting the fundamental pillars of university, represented in the teaching-research relationship, to whatever political, social or economic fluctuations may occur in the contemporary world. These fluctuations may distort the concept of the university’s mission and diminish the importance of its main aim when faced with economic and political interests. However, it would be difficult to destroy the connection and interdependence that exists between these two fundamental functions of the university institution. As the report issued by the commission of international experts EU2015 on the reforms presented for the modernisation of Spanish universities rightly points out:

Research and universities should always go together in policy making: Separating the transmission of knowledge (teaching) from generation of new knowledge (research) is unnatural and ineffective. They both transform public and private investment into knowledge. (“Daring to reach high: Strong universities for tomorrow’s Spain” 2011. P. 43).

With regards to this statement there is no room for doubt: Teaching and research go hand in hand and should not be separated. Despite this, however, one must always consider the freedom and autonomy of the individual – as a principal agent in the changing process and adaptation to the new educational paradigm – in order to direct their work with more energy towards one function or the other in accordance with the demands and needs of the moment, ensuring that the academic balance is maintained between both of the key activities that sustain it.

The contents of this article is derived from the study, “Una perspectiva sobre el binomio enseñanza-investigación en la universidad del s. XXI” (A perspective on the teaching-research relationship in 21st century universities), published in the Revista Complutense de educación 24, 1 (2013).