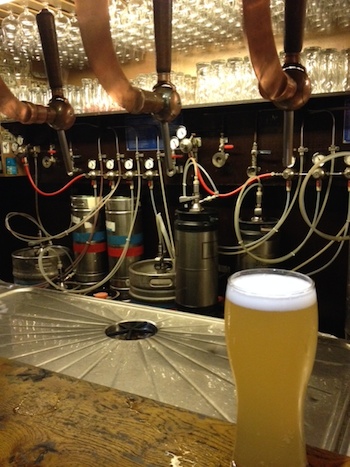 BRUSSELS, BELGIUM. One of the best bars I have ever visited, with its large selection of beers and great environments. The atmosphere is cool, with a busy nightlife and some outdoor space in the alleyway. Even though it is touristy, it is a great place to try great beers and spend the night. 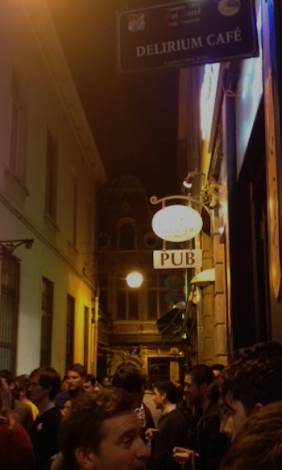 The bar famously broke a Guinness Record when it had 2,004 different brands of beer in 2004 (I have heard that they now have 3,000 beers). All the beers I tried were amazing. The menu you order beers from is like a book, with beers broken down into different sections (with categories like nationality and type of beer). I recommend looking at this list merely to appreciate their large selection! They have an especially long list of Belgium beers. On two occasions, different people asked me to point to a random beer on the menu for them to order (this happens commonly, since it is hard to make a decision with so many choices).

The top floor specializes in craft beers, and it has a large selection of beers from the US, Denmark, and Belgium. The ground floor plays club music and has a lot of space. The basement floor has a stage and feels like a pub. One of the bars in the same alleyway also has 400 vodkas on tap.

I discovered that they have a free concert in the basement level every Thursday night. The environment is like a cave (which I loved) and the people and music were great. The drinks were bumped up 25%, but it was worth it for a free concert.

The place gets really busy, so I suggest going on a weeknight. The bar tenders are friendly, so don’t be afraid to ask for recommendations. Most beers starts at 3.00 euros, but they have a pint of one tasty Belgium beer for 4.00 euros.

The bar is in a great location, less than five minutes away from Centraal Station and Grand Plaza. The alleyway where these bars are located is on a small street with a lot of restaurants. The Délirium bar franchise has now spread to Rio de Janeiro, Japan, Amsterdam, France, and soon Dubai. 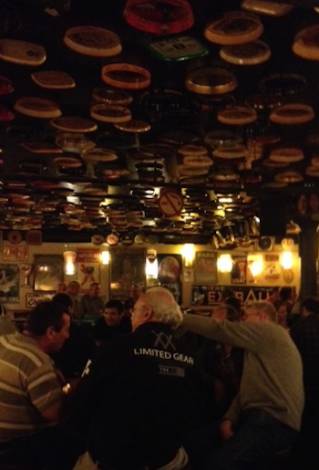 Part of the Menu | Robert Persky