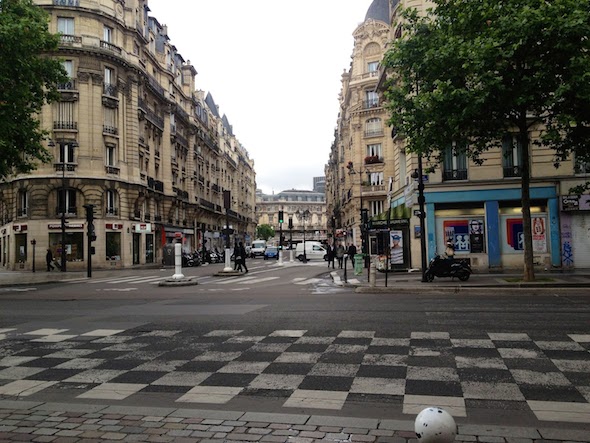 The Facades of Paris

PARIS. FRANCE. From the moment I first stepped into the streets of Paris, I was instantly captivated by the monotonous architectural designs that enclosed me into a luxurious antique-like setting. The intricate designs of the railings aligned along the avenues on Parisian apartments made me ponder about the consistent patterns and almost identical features found in different arrondissements. I thought to myself: Why are the buildings almost identically aligned in height, leaving no space between the structures? Why are the window landscapes so homogenous to one another? What made them that way? 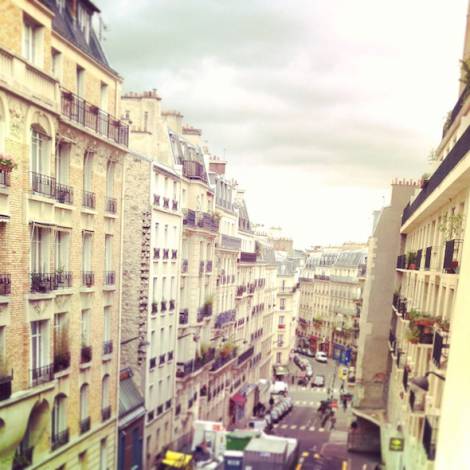 I decided to look into the history of the architectural setting that depicts the city and learned how its history of reconstructions and regulations fortified a vital part in painting the image of Paris today. The closed spaces in the overall urban structure of Paris create a bit of mystery that I find intriguing. Luckily & gratefully, I was placed in a homestay with an enchanting view of the Parisian apartments where I have the privilege of peering outside of my window every morning into the ornate carvings that outline the vibrant streets.

In 1853, during the Second Empire period, Napoleon III gave French civic planner, Georges- Eugène Haussmann, the job of modernizing Paris. Napoleon III wanted to transform the essentially medieval city of Paris into a modern capital, with wide streets, large parks, updated sewage systems, and to accommodate new means of transportation. Haussmann carved out wide boulevards in the heart of Paris, while destroying thousands of old buildings in order to manage to carry out this new vision. Haussmann regulated the height and design of building facades on the new streets, thereby creating the uniformity that is still present today along many of the city’s main arteries.

Structures had to conform to the strict street plan because the overall layout seemed to be more important than individual facets that make each building distinct from one another. Just as painters were struggling to transcend away from the standard “classicism,” so were architects. They wanted to express themselves, and the Haussmann’s regulations prevented them to employ their talents. But architects eventually prevailed and began to design their own architectural aspects within each building yet still keeping an overall image of “uniformity”.

Last summer, I studied abroad in Beirut, Lebanon, which is often called, “The Paris of the Middle East”, and after coming to Paris for myself, I now see the palpable French influence that permeates the city in order to give it such a profound nickname. In class we’ve talked about how several artists were inspired by previous artists’ techniques and would replicate certain characteristics. I find it interesting to see how Paris’ exquisite designs have transcended to the Middle East, giving it a cultural French-Lebanese twist.

Interestingly, after my few weeks of exploring Paris, I find that my initial thoughts of the monotonous scene in Parisian architecture to have changed. I find the ranging constructions within the facades to tell its own story, a message I believe the revolutionary architects fought to implement.

Looking into the architectural history has made me see the Parisian boulevards with new eyes, and not just as a monotonous illusion. The redeeming features that lie within these complexes are what will keep me from not just passing by, without looking up. 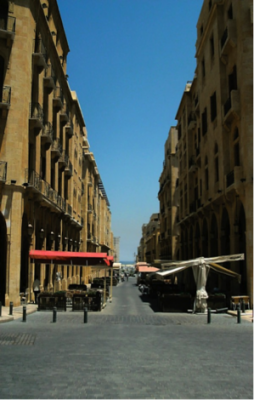 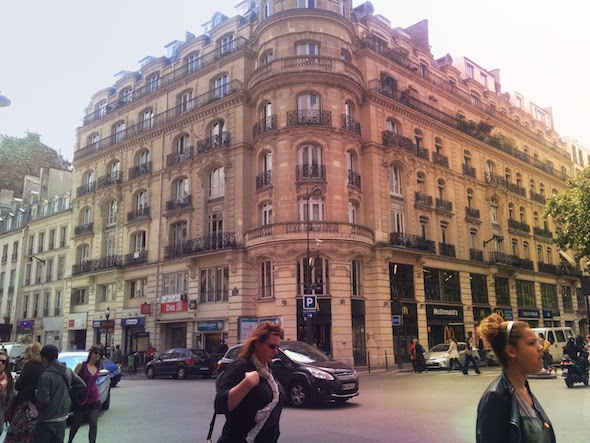