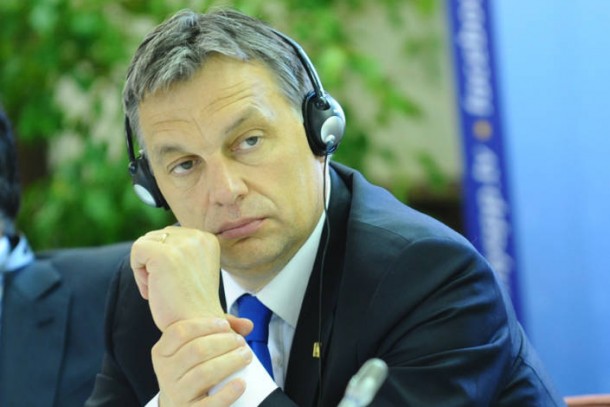 Hungary: How Legitimate Are PM Orbán’s Demands for Rights?

HUNGARY. Hungarian Prime Minister Viktor Orbán faces criticism from European leaders after renewing his policies for autonomy and dual citizenship for ethnic Hungarians beyond its borders, particularly, in Ukraine. “Hungary will stand up for its rights within the European Union and wants autonomy for the ethnic Hungarians living beyond its borders in central Europe, including Ukraine,” said Orbán on May 10th in his first speech to the Hungarian parliament since his reelection.

Today, more than two million ethnic Hungarians are living in neighbouring countries, such as Romania, with around 1.2 million Magyars; Serbia with almost 300,000 ethnic Hungarians, Slovakia with nearly half a million, and more than 150.000 Magyars in Ukraine, based on the official 2011 census of these countries.

The ethnic conflicts between Hungary and these states have lasted for decades. The root of the dispute is that many Hungarians do not accept the The Treaty of Trianon’s borders as a geopolitical reality, considering it unfair for them. The Treaty of Trianon is the peace treaty signed by the Allied Powers and Hungary, along with the other defeated countries, at the end of World War I, where they agreed to pay reparations and to disarm. It established the new borders of Hungary after the loss of over two-thirds of the country’s territory as part of the Austro-Hungarian Empire. About two-thirds of its prewar population and nearly one-third of the 10 million ethnic Hungarians were forced to remain outside the new Hungarian borders. A large number of Hungarians still consider the 1920 Treaty of Trianon as one of the most severe national tragedies. Moreover, the concept of a “Greater Hungary,” – a term used to describe the Kingdom of Hungary before 1920, – is a political ideal supported by certain Hungarian nationalists such as the neo-Nazi Hungarian party hostile to the Treaty’s terms.

In an attempt to gain stronger ties with descendants of Hungarians who lost their citizenship in 1920, Orbán’s previous government granted ethnic Magyars citizenship. Neighbouring states immediately reacted to the Hungarian nationality law. Slovakia protests against dual citizenship and Ukraine also prohibits it, while for Serbia and Romania’s ethnic Hungarians minority legislations are different; they allow citizens to have two nationalities.

The Hungarian government’s data from the official website allampolgarsag.gov.hu showed that nearly half a million of ethnics had become Hungarian citizens by April 2013 and Romania had by far the highest number of applications with almost 300,000; Serbia had the second highest with nearly 80,000 citizenship requests and Ukraine had around 50,000. Ninety-five percent of these new citizens voted for Orbán’s party on April 6th, 2014, according to the official website valasztas.hu.

Very popular at home, as in his third term as prime minister, Viktor Orbán’s policies have been criticised by opponents outside of Hungary’s borders. Polish Prime Minister Donald Tusk disagreed with Orbán’s position. “I am sorry to say this but I consider the statement made by PM Orbán as unfortunate,” he said on May 13 after the government sitting. Ukraine’s Foreign Ministry is also concerned about Orbán’s call for autonomy and dual citizenship of ethnic Hungarians. Diplomatically tempering Orbán’s statements as misunderstood, Hungarian Foreign Minister Janos Martonyi argued at the GLOBSEC 2014 international security conference in Bratislava on May 14 that, “autonomy can be diverse: as we already said, personal autonomy, cultural autonomy, territorial autonomy … the word territorial in this speech was not used.”

Less than a week ago, in an interview on the M1 Hungarian public TV channel, Viktor Orbán continued his plea by making a case for Hungary’s bordering state: “Ukraine can be neither stable, nor democratic if it does not give its minorities, including Hungarians, their due” said Orbán. The Hungarian PM has not firmly expressed the type of autonomy he supports. One of his key policies states that Magyar minorities, particularly from Ukraine, will have a say on which form of autonomy they want.

How legitimate Orbán’s demands are for autonomy, rights and dual citizenship for Hungarian minorities living outside of Hungary to the European Union, and what peaceful solutions to easing ethnic tension and reducing the risk of regional instability will be found within the European Union, is an ongoing debate.

Do you think the human rights of ethnic Hungarians from countries such as Romania, Slovakia, Ukraine and Serbia are not fully respected?

Mina Andreeva: Human rights (and the rights of ethnic minorities) are protected by national constitutions. All EU countries are also signatories to the Convention of Human Rights, the respect of which is ensured by the Court of Human Rights in Strasbourg.

Do you consider the opposition to dual citizenship of Hungary’s neighbouring states a human right issue or a matter of each state’s sovereignty?

Mina Andreeva: This is a purely national matter and a policy pursued by other EU countries too. The European Commission does not intervene in such cases.

How does the European Commission view Prime Minister Viktor Orbán’s policies for autonomy of ethnic Hungarians beyond its borders, particularly from Ukraine?

Cezary Lewanowicz: We have no particular comment to make on Prime Minister Orbán’s statements. As regards to the general principle, according to the EU legal rules, it is for each Member State to lay down the conditions for national citizenship. Granting dual citizenship to EU citizens is a purely national matter. As regards to the minorities, they are mentioned in Article 2 of the Treaty of the European Union. Safeguarding the rights of persons belonging to minorities is one of the founding values of the European Union. The respect of those rights is explicitly mentioned in the Treaty and is part of the so-called Copenhagen criteria, the fulfillment of which is a pre-condition for any country wishing to join the European Union. These rights are therefore guaranteed in candidate countries. It falls within the mandate of the Council of Europe to monitor, among others, the application of the Framework Convention for the Protection of National Minorities as well as of the European Charter for Regional or Minority Languages by its Member States.

Cezary Lewanowicz: The Commission has no general powers regarding minorities. In particular, the Commission has no competence over matters concerning the definition of what is a national minority, the recognition of the status of minorities, their self-determination and autonomy or the regime governing the use of regional or minority languages, which fall under the responsibility of the Member States.

The Council of Europe Commissioner for Human Rights, Nils Muižnieks, reserved his position, and will possibly express his opinion to ROOSTERGNN after his visit to Hungary, later this year.

The OSCE High Commissioner on National Minorities, Astrid Thors, declined to give comments to ROOSTERGNN at this stage.

Correction: May 29, 2014. An earlier version of this article stated that the Hungarian government data detailing citizen applications was sourced from valasztas.hu. The correct source has been modified above, allampolgarsag.gov.hu. The site valasztas.hu has been included to correctly source of the citizens who actually voted for Orbán’s party on April 6th, 2014.