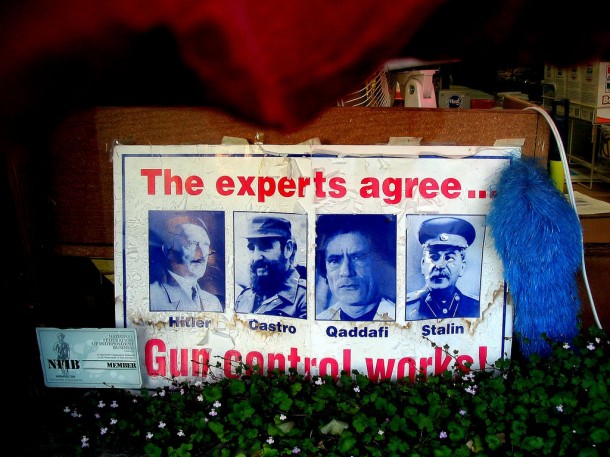 Guns Should Be Allowed, But Must Be Regulated

U.S.A. With the number of instances of violence caused by guns on a steady increase over the past few years, headlines continue to blare out stories of mass shootings and death. American citizens are polarized by the constant debate on gun control. Some experts argue about the constitutionality of gun control, others argue about the precedent it sets for altering the constitution as a whole. But the most prominent debate revolving gun control is whether the right to bear arms promotes increased violence, or whether carrying guns protects American households. The ultimate solution to gun control is for there to be moderate regulations and background checks to make sure the mentally ill are not allowed to take hold of weapons.

Arguments against the constitutionality of gun control describe the Second Amendment as outdated – that the phrase “armed militia” is no longer relevant in today’s society. As Harvard professor Sanford Levinson puts it, the situation back when the Constitution was first constructed was a unique scenario in which we emerged from a civil war. The prevention of dictatorship and the plausibility that civilians would be able to take down a repressive government with arms is no longer a relevant issue. That makes the Second Amendment outdated. Levinson continues to state that the gun control restriction violates states federalism, a one size fits all rule that does not apply to all state constitutions and situations. Thus, because of the violation of federalism and the outdated context of the Amendment, the right to bear arms is unconstitutional.

Others will say that the constitutionality of guns remains intact, and that the right of defense is a natural unalienable human right. The duty of the Constitution, as a living document, is to protect the rights of the people. Any protection of the pursuit of happiness is viable to be constitutional, and the right to bear arms is essential to Americans to feel safe and protected. According to David Kopel, Research Director of the Independence Institute, reported that the National Research Council and the Institute of Medicine found that, “when a victim is attacked, using a firearm defensively leads to a lower rate of victim injury, to a lower rate of crime completion than any other protective strategy. It is the safest thing to do for the crime victim on a broadly — broad-scaled statistical basis.” The right to bear arms is constitutional through the assumption that the Constitution is a living document to protect the people.

But the most controversial argument about gun control is whether or not it increases violence in the United States. Statistics point that there are 30,000 gun deaths annually and 97 million handheld guns in the U.S. However, the FBI points out a trend of decreasing violent instances as more carrying rights are implemented over the span of 1986-2011. Yet there are still numerous reports of mass shootings.

So the future of gun control is simple. Most of the violent instances that occur through guns are outliers that do not represent the norm. The guilty are often mentally instable criminals with handheld murder weapons that should not be trusted with dangerous devices. The solution is better regulation and background checks. Citizens have a right to bear arms if they can prove that they are able to use their weapons responsibly. It is a governmental duty to provide training and strict regulation to ensure the safety of citizens. Guns should be allowed, but must be regulated.