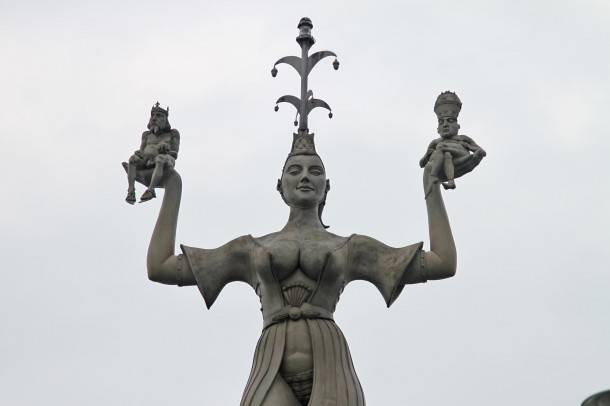 KONSTANZ, GERMANY. Designed by the sculptor Peter Lenk, the “Imperia” statue was erected at the port of Konstanz in 1993. The statue is now nine meters tall and weighs 18 tons. It reminds us (satirically) of the Council of Konstanz (1414-1418).

The statue lifts two mens in its arms. The man in the right hand carries a king’s crown and holds an apple in his hand, symbolizing the emperor Sigismund. The man on the left carries the papal tiara and represents, most likely, Pope Martin V. The figures can also be seen as representations of general personifications of wordly and spiritual power.

Do you have a photograph that could be published in our POSTCARD FROM … series? Register at rgnn.org/register and upload your own!