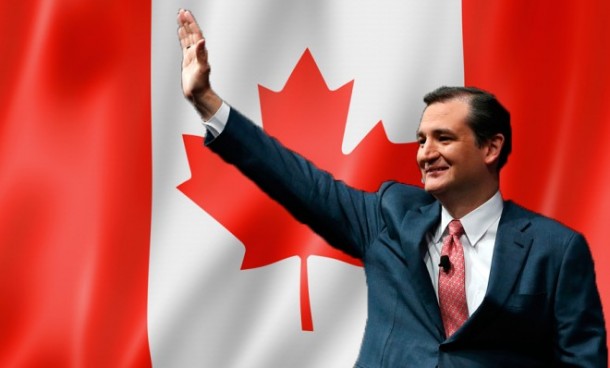 But You Are Canadian!

“No person except a natural born Citizen, or a Citizen of the United States, at the time of the Adoption of Constitution, shall be eligible to the Office of President…”

Let’s throwback to Barack Obama’s first run for presidency. Ever since he announced he is running for President on February 10th, 2007 through much of his presidency, Obama was blamed for being born in Kenya. In order to disrupt these rumors, Obama had to provide the public with his birth certificate that particularly stated that he indeed was born in Hawaii, which makes him perfectly eligible to run.

On March 23d, 2015 Republican senator of Texas Ted Cruz formally announced his presidential bid. The public faced Cruz with similar challenge as Obama, claiming that he does not have a constitutional right to run, because he was born in Canada. This is where Cruz’s situation takes a different path. Speculations that Cruz was born in Canada are not, in fact, speculations, but very relevant information. Ted Cruz was born in Calgary, Canada, in 1970. His family moved to the United States when he was four.

So how can he run? Even though many believe that “natural born citizen” means a person who is born on the territory of the United States, the Constitution itself never particularly defines this term. However, the Naturalization Act of 1790, passed by the very first Congress of the United States, particularly states that children born abroad to U.S. citizens are natural citizens as well. Cruz’s mother was born in Delaware. Here it is, ladies and gentlemen, Cruz’s eligibility to run.

Some of the very influential figures of the States, however, still do have something to say against Cruz’s legibility to run. Donald Trump, ranked number 278 among The Word’s Richest People in 2006 and the potential candidate for 2016 presidential elections, was not particularly happy about Cruz’s candidacy. “He was born in Canada. If you know and when we all studies our history lessons, you are supposed to be born in this country, so I just don’t know how the court will rule on this,”- he stated. Sorry to disappoint, Donald, but it seems like your history teacher did not provide you with relevant information, because Ted Cruz is running. And running on the very much legal basis.