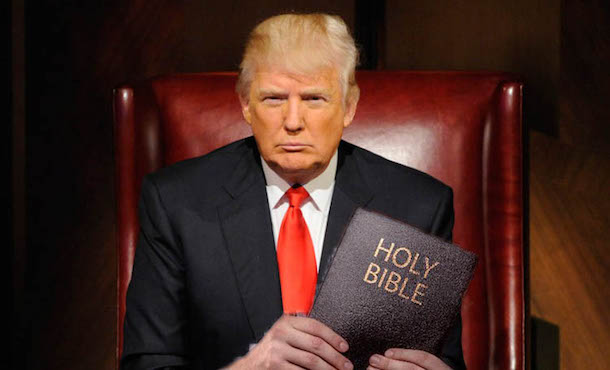 Donald Trump, the New York billionaire, owner of a worldwide famous model agency , now Republican presidential candidate said more than once during his political campaign that his favorite book is the Bible.

Trump probably meant to appear praiseworthy, with this statement, but according to the public opinion it did not work.

An eulogy to the Bible could be a very good start for a presidential campaign, if not pronounced by a three times married man who recently said he probably never asked God for forgiveness. When moderator Frank Luntz asked Trump if he ever asked God for forgiveness, the sixty-nine year old Republican explained he usually prefers making things right himself, without taking God into those pictures. Probably not satisfied with the poor showing, Trump continued the interview raising always more contradictions between his answers and his expressed fondness for the Bible. Later on, Trump referred to a communion wafer as “his little cracker”. 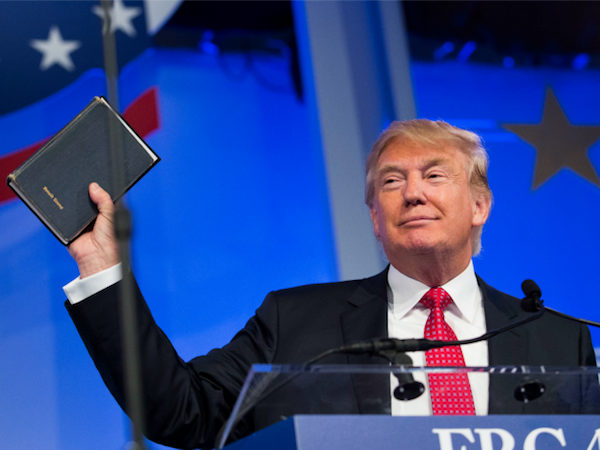 Trump’s faith has been a topic of discussion on the campaign trail. Many journalists interviewed Mr. Trump, trying to figure out which was his opinion on his favorite book, but once again the Republican left his audience speechless, as he has not been able to cite his favorite part of the book.  Discrepancy between Donald statements and his answers caused numerous controversies between evangelical voters who seem to have forgotten the candidate attributes because concerned about his religious and ethical points of view.

There’s no doubt on Donald Trump plenty of charming qualities that could eventually make him U.S right president – strength, deal making, success as a businessman and lack of political correctness- therefore, why did he decide to undertake a Bible- focused campaign, loosing all his credibility in the voters eyes? 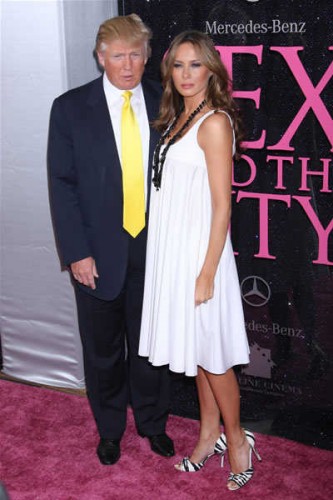 Donald Trump and his wife at Sex and the city: the movie Premiere /Celebrityphotos

Many will probably think that Trump adequate role was the one obtained in the 90’s as a cameo in the famous and not-so-religious tv series “Sex and the city”, but the presidential candidate seems very determined on persuading his audience that many things changed since then, and he demonstrated it by bringing his Bible from the First Presbyterian Church in New York City in front of millions of tv spectators. 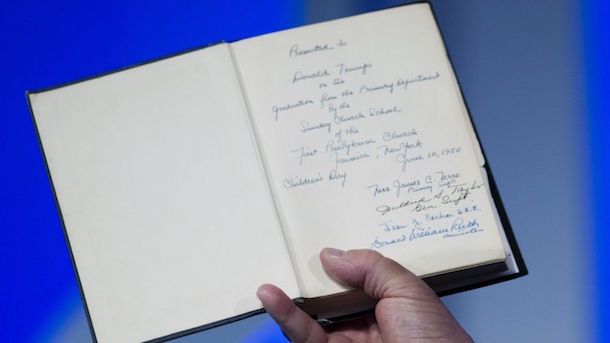 Maybe a good tip for Trump could be concentrating on his political program trying to keep it separate from his Bible sponsor activity, which appeared extremely inefficient.