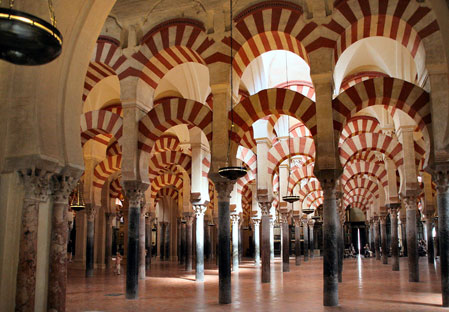 Spain is very well known for it’s beautiful cities and it’s delicious food. Most of it is attributed to the Roman Empire who laid the foundation for the Spanish language, religion and governance. However, it wasn’t until after the Visigoths attacked and took over Spain around the 8th century that the culture really started coming together. The Visigoth’s had built an unstable government that was easily overtaken by the Arabian people coming from Africa which is called the Umayyad conquest of Hispania.

The Visigoth’s were wild people who had very few disciplines and hygiene in contrast to the Arabians who were years advanced in medicine, science, astrology and weaponry amongst  many other subjects. It only took 8 years for the Arabian’s to take over and they stayed in Spain for 8 centuries after the fall of the last Visigoth king Rodrigo. Many historians claim that the if the Arabs hadn’t invaded Hispania the world would barely be going through what is known as the Middle Ages.

The Arabs introduced the farming of citrus in the Iberian Peninsula, raising lamb as livestock, and beautiful architecture into the landscape. However, the Arabian people didn’t only introduce physical attributes to this new land. They even changed the language. Many present words of the language of Castellano (also known as Spanish) have undue influence from the Arabian language such as the words: Alcachofa – Artichoke, Alfombra – Rug, Alcalde – Mayor, Almohada – Pillow, amongst many other words beginning with the vowel “Gua”or “Al”.

The Arabians gave the Iberian Peninsula a name whose meaning is still debated to this day, they called present day Spain and Portugal “Al-Andalus”. Soon after the people of Hispania who felt the land was rightfully their started fighting back and the Reconquista or re-conquest of the land began.

Little by little, after several centuries it wasn’t until the year 1469 that Spain was unified under the marriage of Isabel and Ferdinand, the Catholic Kings, that the Reconquista was over and Muslims were expelled from Spain.

Today some influence from the battle of the reconquista can still be seen in museums and even in people’s last names “Matamoros” or Moor Killing as it would literally translate. One can argue that this invasion was crucial for the development of not only Europe but the world as we know it, and i’s presence is still significantly visible and influential in our present day use of language and appreciation of Spanish culture.