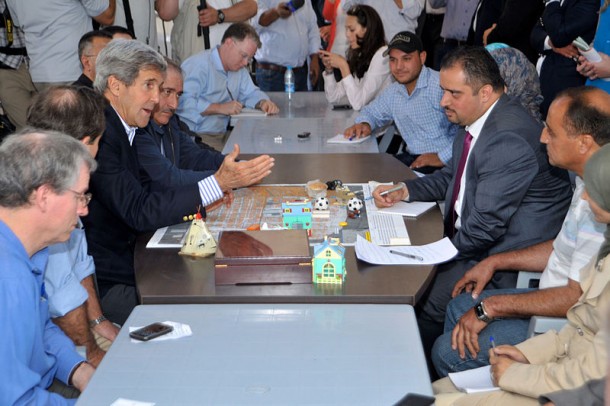 Soon after the U.N. High Commissioner for Refugees (UNHCR) updated on July 9 that the number of registered Syrian refugees have now exceeded 4 million, the world gasps again at the unprecedented scale of the Syrian Crisis, which has lasted for more than 4 years while killing and displacing countless people. What had started as protests for more basic freedom and human rights quickly devolved into massacres, wars and the disintegration of an entire nation as the violence spread. As in any war, human cost in the continuing Syrian Civil War is high. Death toll numbers have been on the rise, yet for those who have fled the conflict-ridden country in search of safety and stability, life has become perhaps even more miserable than death.

The large scale of the Syrian refugee crisis doesn’t just run on numbers. From Turkey to Lebanon, the dire living conditions in refugee camps have deepened the frustration of both the refugees and the local residents. Refugees stuck in camps face dwindling access to basic services such as food and clothing with the incessant influx of displaced Syrians. A documentary produced by Vice News earlier this year clearly demonstrates the shortfall in international aid in Syrian refugee camps in Lebanon. In the midst of freezing winter snow, the lack of warm blankets, clothing and heating posed an especially daunting challenge for the refugees with small children to feed and protect.

Yet the lack of material assistance is not the worst potential consequence for the ongoing violence in Syria. Countries such as Turkey, Lebanon and Jordan have kept their promises of constructing more camps to house Syrian refugees, but the large influx of people has caused pressure for the hosting nations. While the UNHCR and other international NGOs have worked towards meeting the basic needs of these refugees, whose dependability and vulnerability have depleted some of the financial resources, frustration and even resentment continue to build up amongst local residents whose lifestyles and opportunities have been dramatically changed due to the influx. Already, many media outlets have reported conflicts between refugees and locals over aid and resources. The real threat of clashes causing irreparable damage, if not prevented, will lead to even more human casualties.

But the most detrimental effects would be the permanency of these colony-like refugee camps. Most of the refugees have no proper identification or any means of legitimacy, meaning that they have to work illegal jobs and submit to minimum wages or below. Without proper resettlement terms, millions of these refugees will have to live below the poverty line. The continuing and ever increasing refugee influx from Syria also severely tests the financial budget set aside for humanitarian aids. International organizations and the UN have already started cutting down budgets due to financial pressure since last year. Nevertheless, the unceasing violence continues to uproot more Syrians than any other conflict in recent decades.

Besides Turkey, Lebanon and Jordan, a significant number of Syrian refugees have managed to flee to Western countries, such as Germany, Sweden and Austria. Indeed, to lay off the pressure of Syria’s neighboring nations and prevent the build-up of inter-cultural hatred, more developed Western nations should work to provide shelter, food, education and employment for destitute refugees. Only the strict implementation of these resettlement terms would help to ensure the distant yet not entirely hopeless prospect of their return home.