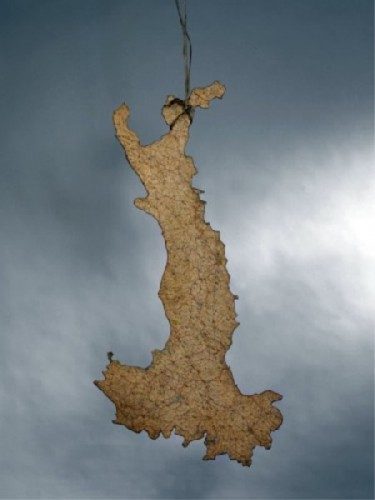 Italian Customs: When an Old Way is Hard to Leave

A stagnating economy, organised crime, political apathy, youth unemployment. They are only some of the many problems that affect Italy. One of the richest and most beautiful country of the world, it could be the perfect place to live in. Mild climate, incredible landscapes, an age-old culture and an art concentration that would be the envy of every other nation if… if only something of all this potential was tapped sufficiently.

The reality is somewhat different. The country is now in its longest recession in 20 years. Unemployment is at more than 11%; for under-25s, it is around 40%, with untapped labour market resources a thorough reform of product markets and of crucial institutions such as the justice and education systems.

There is clearly something wrong with Italian people. Something that overshadows and makes forget the good. Here’s a list of the 10 worst things that afflict the Italians.

1. Corruption: It bleeds the state of billions of euros every year. Twenty years after the Tangentopoli bribery scandal brought an end to Italy’s postwar political order or so-called First Republic, the stench of corruption still lingers. It’s what move everything in the country, from the north and its Expo to the south whit its mafia. If there is one industry in Italy that has not suffered from the economic crisis, it is organised crime. Corruption crosses transversally the Italian society and its greatest demonstrations are organised criminality on an hand, while there are politicians on the other hand. This brings us directly to the second point.

2. Political class: what, more than everything, more than mafia, N’Drangheta or Camorra, has got the power of exasperating, disappoint and dash the Italians. The “chairs” are too much comfortable in Italy, so comfortable that the parliament are always the same persons. There isn’t scandal that makes them go away! They deserve their own class.

3. Opportunism: one of the flaws that allow things, at every level of the society, to fall apart. It’s the policy of “what it’s easier to do”, that makes the first two defects overflow.

4. “Piatto pronto” state of mind: Always waiting that someone act behalf of them. Someone who does the laundry, someone cooking for them.. well in these cases someone is always “Mamma”, but it works very well for the research of a job.

5. “It should” philosophy: when you debate whit an Italian about social, political and economic problems there is often the impersonal sentence about what should be done to fix the situation. But the responsibility is always of someone else.

6. Provincialism: And the parallel reality in which most of them live. It could be a kind of presumption of ignorance.

7. Disparity: Italian living standards have a considerable North–South divide: the average GDP per capita in Northern and Central Italy significantly exceeds the EU average, whilst some regions and provinces in Southern Italy are dramatically below. But disparity rules between the separation of gender, what links to the following point.

8. Misogyny: Italy’s female employment rate is, according to the Organisation for Economic Co-operation and Development (OECD), 46.5% – better only than Greece, Mexico and Turkey among advanced economies, and 12 percentage points below the EU average. (The disparity is far more acute in the south than in the north, where childcare provision is better and traditional attitudes less dominant.).
At the moment, for instance, not one of the country’s 50 biggest towns and cities has a female mayor.
So if you are woman, young and from the south, you’re in the wrong place to live.

9. Injustice: the feeling that, even if you are right, you could lose. The condemning to the impotence because of a system that is incapable of protecting its own citizens even from itself and its endless processes.

10. Sense of surrender: the incredible mentality that there’s nothing to do. Never. A legacy culturally transmitted through the generations that always at least manages to prevent a reaction.

The unwillingness to change and the sentence “You know that it is so”. Massimo D‘Azeglio said “We have made Italy. Now we must make Italians.” At least it’s made Italy. Italians are still not made. As long as “Someone” won’t make them.

By a young Italian woman, who is going to leave.