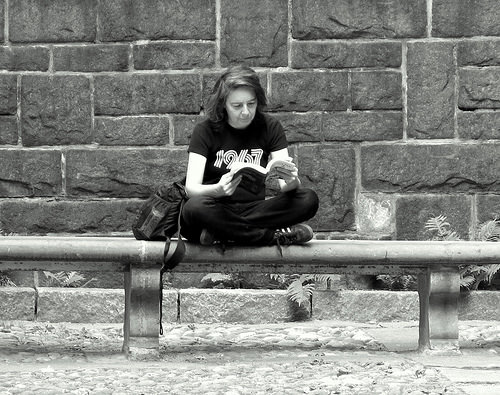 Jonathan Coe can be defined as one of the best English novelists of our times, even if perhaps Harold Bloom wouldn’t agree. Born in Birmingham in 1961, Coe started his career as a published author in 1987 with The Accidental Woman and is about to publish his eleventh novel, reasonably entitled Number 11. From 1987 up to now, Coe wrote some of the most interesting novels of the end of the 20th century and the beginning of the 21st: The House of Sleep (1997), The Rotters’ Club (2001) and The Closed Circle (2004) are only three exciting, intriguing and unputdownable examples of his production. But what is the real reason why one should read Jonathan Coe’s novels? Actually, there are many:

Structure
The structure of Coe’s novels is impeccable. Especially, The House of Sleep is built in an impressive way as to catch the reader’s attention by putting every piece in the right place at the right moment and leaving the reader who has reached the last pages of the book hoping there is one more chapter at the end. Coe’s ability to structure the plot is one of the best and most distinctive characteristics of his writing.

Never take anything for granted
In Coe’s novels it is difficult to take anything for granted, because as you start doing it, sooner or later you will be proved wrong in your certainties, as it happens between The Rotters’ Club and its sequel, The Closed Circle. In the first novel we soon discover that Benjamin, the protagonist, is a pious and religious boy and an ardent believer in miracles because once he forgot his bathers for a swimming lesson at school and found an abandoned pair which saved him from swimming naked in front of his entire class. It is clear for Coe’s readers the reason why Ben Trotter believes in miracles until they reach the point in The Closed Circle in which the real nature of the bathers miracle is revealed. In the same way, at the end of The Rotters’ Club we tend to take for granted that Miriam’s sister has disappeared and that she is not likely to come back until we read the sequel.

Daily life is extraordinary
What is portrayed in Coe’s novels is essentially the everyday life of his characters, yet in the daily events narrated in his works the extraordinary appears turning normality upside down. An example is the resolution of mysteries: one can find suspense and intrigue like in a crime story but the mystery is solved not by great investigators but by everyday characters. As Coe himself explained there is “strangeness at the heart of the deeply ordinary. If you look hard enough you can find romance and mystery and dark undercurrents everywhere in life – even in the most unprepossessing places … and I suppose doing that has – to put it rather grandly – become one of my mission statements as a writer.”

The humanity of his characters
As Coe’s narrative runs through everyday life, it is hard to find actual heroes or villains among his characters. As real people, they are always somewhere in between because Coe always explains the reasons behind his characters’ evil behaviours. In this way the reader always understands that a character killed another one not because he is essentially wicked or brutal, but to protect or defend someone else. The reader always understands that such female character behaves in an apparently light way not because she is frivolous, but because her mother wasn’t present in her childhood and she grew up without a father. Coe’s makes it clear that there are always reasons behind his characters’ actions and behaviours and again that we should not take everything for granted at the first impression.

The recent history of England
The Rotters’ Club, What a Carve Up! (1994) and The Closed Circle are set during the recent history of England, respectively in the 70s, the 80s and the 90s and are full of these decades cultural and political elements and views of the world and life. Such historical settings are very important in the development of the novels plots because the historical moments influence the decisions and actions and even the destiny of the characters.

And now I leave you with a funny episode which could be easily taken from one of his books but actually happened to Coe himself and which might add some more curiosity towards him. It appeared in a beautiful long article on The Guardian.com:
“For several years Jonathan Coe has spent his writing days in a small flat in an apartment block on the King’s Road, London. It’s a rather tired building, with an iron-cage lift and oak doors, each with an old-fashioned nameplate. The name on Coe’s door is “McKoewn”, as it’s owned by his father-in-law. Curious about a man who came every day but evidently did not sleep there, a couple of his elderly neighbours inquired as to what he did. On being told he wrote novels, the ladies checked the name on the lease, found it to be “Ian McKoewn”, and went to their local bookshop to ask for one of his books. They were given The Cement Garden, and the next time they saw Coe, worriedly remarked on his dark and lurid imagination.”