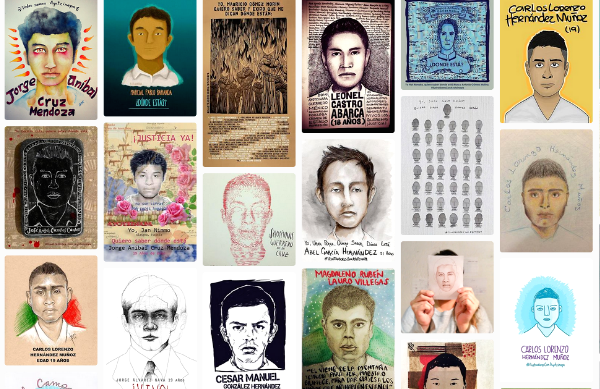 42 Mexican Students Still Missing, Along with the Truth

Only one body has been found since the investigations started regarding the disappearance of the 43 Ayotzinapa Normal School’s students almost one year ago. The “historical truth” about the facts, which occurred on September 2014, has been provided by Mexican authorities in January but it still provokes widespread skepticism and even scorn.

The students were last seen being confronted by police in the city of Iguana. | Grace DeWitt/ATVN

According to the police, the students’ bus was heading to Iguala to take them to a political protest. The police stopped the bus, detained the students and then turned them over to a drug gang, Guerreros Unidos, who killed and burned the students’ bodies at a trash dump in Cocula. The remains were allegedly bagged and thrown into a nearby river.

Many people, including victims’ parents do not believe that version of the events. Last month, Mexico’s National Human Rights Commission (CNDH) published a report of 32 omissions in the investigation procedures and issued recommendations to solve the case. The report underlined severe shortcomings. For example, the authorities did not ask for a scientific comparison between the soil found in the bags containing the remains, and the soil at the garbage dump of Cocula, to find out if the samples match.

The authorities seem to want to close the case as soon as possible with their version of events. But the families of the victims are not going giving up. They continue protesting, fighting and denouncing. They want the truth and answers about the 42 missing students because their case is about getting justice for them and thousands of others who have disappeared around the country.

More than 20,000 people are listed as missing in Mexico, many of them in the state of Guerrero, where the students disappeared. Over the last 10 months the search for the Ayotzinapa’s students has turned up 129 bodies and 60 clandestine graves in that state alone, the Mexico’s attorney general’s office stated recently (AP).

The number could possibly be higher due to the collusion between authorities and drug mafias. The alliance leaves the country at the mercy of ruthless cartels. Anger and disgust among citizens is widespread, increased by the unbridled impunity which lowers public esteem of the authorities.

People are not going to forgive or forget what happened in Iguala. However this tragedy shows a narrow picture of what the state has now become, a “narcoland” where cartels make the rules.