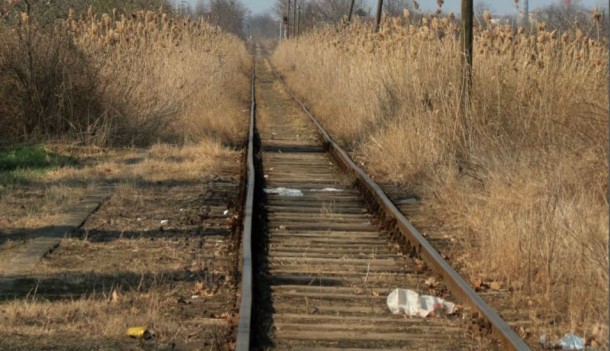 The bombardment of cities in and around the Middle East and North Africa has placed, what the EU’s hatchet men call “Fortress Europe,” under its own dangerous bombardment. Since the early 2000s, Europe has experienced a mass migration of illegal immigrants that have tested the border security and principles of the European Union (EU).

Not since the Second World War has Europe faced this level of migration. In 2014, more than 170,000 migrants arrived in Italy. This year, Hungary’s played host to 150,000. Greece’s migrant numbers has tripled in only one year. Migrants are arriving from Syria, Eritrea, Nigeria, Ethiopia, Gambia, Somalia, and Bangladesh.

While some EU authorities refer to these people as “refugees,” others call them “migrants” or “illegal immigrants.” Greece’s Minister of Public Order and Citizen Protection made a strong association between these terms and criminality – part of a long process of migration securitization.

Burden sharing hasn’t been equal. Periphery MS, those exposed to the dangerous buffers, confront the initial impacts. Smaller EU MS receive more migrants than bigger MS. Poorer MS contend with the direct impact of maintaining the EU shield against thousands migrants arriving daily. Europeans have tried to ignore the tidal migration wave by avoiding to reform their national migration systems, and by clenching the discriminatory Dublin III adopted in 1997. It last amendment was in 2008.

Current migration exposes the limits of Schengen, which like other European projects, was established without the requisite tools accompanying it for success. Consequently, with a poorly-protected free movement area, the current wave of migration threatens Schengen. National authorities in the southern MS have implemented temporary opt-out-of-Schengen policies through border control measures.

Politicians have rebuked the initiative, claiming that the implementation of identity checks at borders, like at Brennero, Italy, violates Schengen. France’s 2011 Schengen controls raised clouds of questions marks about the EU at a time when Italy was being inundated by migrants from Tunisia and Libya. But there’s no violation. Schengen allows for rigid periodical border controls when the state judges its national safety and order at risk. Under a certain interpretation of the law the security measures are completely legal.

Despite the fact that MS are attempting to managing violations of Schengen by externalities, with each state’s measures constituting a larger course of action to maintain Schengen in its exposure to Europe’s buffers, there’s both internal and external violation at play. It’s not just from the outside. Although Europe has been unable to deal with mass migration through normal politics, securitizing immigration can lead to the validation of extraordinary measures.

If Europeans were to look for a new hashtag for a tragic moment, like the famous “Je suis Charlie,” this September is all about “Je suis Aylan” or “I’m Aylan.” The picture of Aylan, a Syrian child washed ashore at a resort near Izmir, Turkey, brought with emotion and strength the case of migration to the public and political debate across EU MS. Many states are calling for less of Europe in dealing with the crisis. However, as Nils Muižnieks, Human Rights Commissioner to the Council of Europe, said, the old continent needs more of the EU.

It is only with strong reform and uniformity of its migration policy at a sub-national level, and with a shared burden in solidarity, that the 28-nation bloc will produce a long term solution. Deterring migrants hasn’t worked. Attempting to convince migrants that there’s nothing for them in Europe has proven unsuccessful. Ideal responses lie somewhere in the middle, as do Europe’s “Fortress” policies and the securitization of migrants – labeling them an existential threat.

MS are not powerless to stop migration. Rather than seeing the issue as one that requires stopping, the EU should mobilize its resources and treat the matter as one that needs management. It’s about making uniform, at the European level, the migration policies still actually at the MS level. It would allow for coherence and high efficiency in periods of crisis. Furthermore, it is about reforming Dublin III, and strengthening Schengen by improving the capabilities of Frontex – the poorly-funded EU border agency that presently relies on national guards.

The EU also needs to contemplate the migrant crisis source. If the EU focuses exclusively on migrants making the journey and landing in Europe, then the EU will become stuck in treating symptoms.

Frontex noted that migrant numbers for the first half of 2015 reach nearly 350,000, a sharp rise from the 125,000 that arrived during the same period I 2014. The winter sojourn will provide the EU with valuable time to prepare for the next round of migrants that will begin making their journey just as soon as the weather permits.

For the past three decades migration has been politically shaped to resemble something subversive and that threatens the substratum of the European integrative project including the very basic operations of society. Now that the walls of Europe have been breached, temporary suspension of Dublin III ought to be seen as an initial move that brings many of the MS in line to deal with their “guests” jointly, although the EU must now manage and repair its emerging east-west divide if a long term solution is to be truly sustainable.