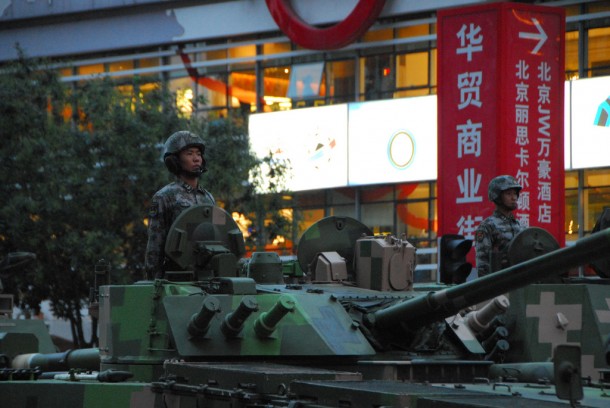 Remembering the End of War in Asia

On September, 3 a massive military parade was held in Beijing to celebrate the 70th Victory over Japan Day of the Second World War. The victory parade was in itself an effective projection of power in the Asia – Pacific region; it also displayed the extent of the diplomatic and political network of Beijing.

The General Secretary of the Communist Party, President of the PRC and Chairman of the Central Military Commission, Xi Jinping, welcomed official guests and government representatives from more than thirty countries, including President Vladimir Putin from Russia and Park Geun-hye from South Korea, Brazil’s Minister of Defence Jacques Wagner, Argentina’s Vice President Amado Boudou and French Foreign Minister Laurent Fabius (no representative, however, from PRC’s wartime allies the US and U.K. nor from Japan).

The celebration commemorates the end of World War II; its memories still impact political relations in the Asia – Pacific region. There is another war, however, whose legacy is vast and great in Asia.

Almost a quarter of a century has passed from the end of the Cold War. It officially ended in 1992, when Belavezha Accords were signed and the U.S.S.R. was no more (someone would say it ended even before).

Yet today, as during the Cold War, most of the Pacific Rim is strongly tied to the U.S. in hub-and-spoke system of alliances whose center is Washington. Japan and South Korea in the north, the Philippines and Australia in the south constitute solid U.S. partners.

And now as then, an huge continental power is on the verge of rise, with a military budget which keeps increasing together with its GDP. At times, these two fronts speak different languages. When the former gives lectures about promoting democracy, rule of law and civil rights, the latter perceives a direct intrusion in matters of domestic jurisdiction, and possible obstructions on the path of its growth, advance and development.

Yet cultivating (unveiled) ambitions of expansion is likely to make neighbors fret.