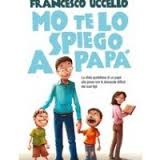 Italians Still Do It better? A TV Show Gives a Hint

What might happen inside an average italian family when the “mamma” goes on holiday for a week and dad only is in charge of everything, from cleaning the house to doing the laundry to bringing kids to school to homeworks? To answer to this unsettling question, Italian tv is broadcasting a new reality show, Chiedi a papà (Ask daddy). Whose ispiration comes from a best seller by a napoletanean man, who’s a writer, a husband and a father of two boys.

Francesco Uccello, the national champion for the category dads struggling not to outperformed by their wives, is a funny man. Good-mannered and patient, he’s in charge of a column on a weekly magazine, GIOIA, in which he reports the explainations his children ask him for: for instance, why they have to get used to boredom or why vegans do not eat meat while children have to.

“Given the success of my book and of the column, the producers of Indigo film, of 21 and I worked on a tv show which will be on air on RAI 3 from January 2015, whose goal is showing the “evolution” of Italian dads over the last years. We got almost 200 requests so far which we are screening. In each episode we want to compare two completely different approaches: for instance, one by a very tidy father and one by someone who has never asked his wife in which drawer his children’s panties are. Some fathers are excellent cooks whereas others rely on defrosted meals. But, at the end of the week, they all sort out how to take care of the family in their own style”.

Uccello highlights: “I believe this to be one of the main issues with Italian mothers: they do not allow us to do things in our way because they take for granted theirs to be the best if not the only possible way. We had to face mother’s resistances also in having them leave the family for a week, even if they were sent to luxury resorts: mums tend to worry about children because they underestimate their husbands whom they have never put to test. It’s a vicious circle: mums are in charge of everything because they distrust fathers and they distrust fathers because they have never let them show what they can do”. 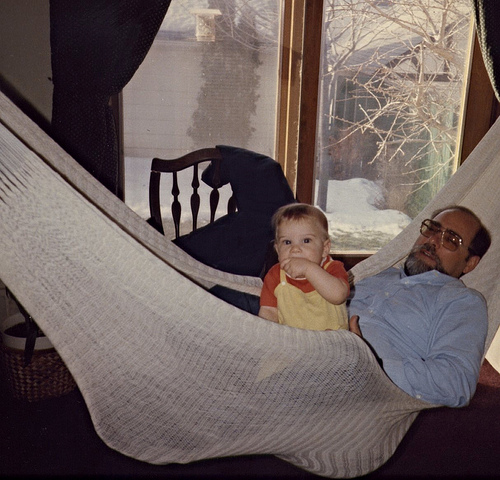 “And what do you do?” we asked. “I bring the children to school every day, I cook, I make our beds, although not as good as my wife does. In spite of the results, just seeing me committed in these activities will be beneficial for my kids: they will have a male model whose masculinity is not dependent on loading or not the dishwasher. For me it has been different: my father has never done anything at home.

My children will not take these tasks as a gender issue. If they do not like clearing the table it’s because they are lazy, not because they believe it is a girl’s thing. And I tell you something: it is true many italians are mummy’s boys. But if they are spoiled and very dependent on their mums, which might be partly good, it’s always their mamas’ fault”.

What do you think of the education your father gave you? Do you believe some home tasks are for women only? Tell us your opinion by tweeting at @RoosterGNN using the hashtag #Dads.