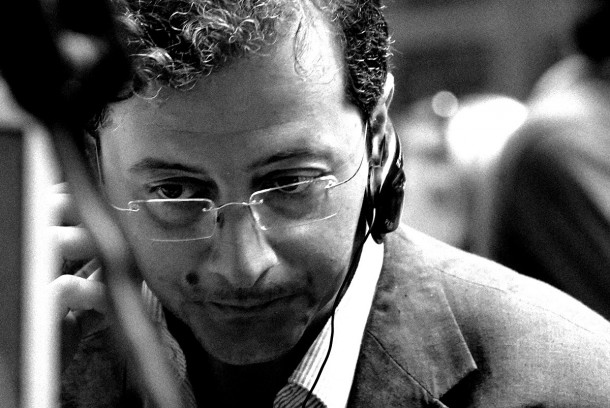 A writer should simply rely on his literary instinct, rather than obsess over achieving their best. What is this “best” after all? Where can it be found? And how can it be achieved? Nobody really knows – Diego De Silva

In an exclusive interview, Diego De Silva, the author of Non avevo capito niente and Mia suocera beve tells us about his experience as a professional Italian writer. De Silva is also known as a journalist and screenwriter.

When did you understand you wanted writing to be your profession?

Probably, when I understood that I had something to say and that I should say it as a full-time job and not a collateral activity.

How did you try to have your first book published?

I just sent it by letter. I would be rather doubtful about sending a first work to a publisher by e-mail, even now.

Are there deadlines to meet for the publication of the books following the first one? How much time is the writer usually given?

No, there is no deadline. The need to write cannot be planned. And a good publisher never urges his authors to hurry.

How important is luck when trying to reach fame in the literary world?

What really matters in the literary world is the quality of the book itself and nothing else: when an experienced publisher is given a good book, he can do nothing but publish it.

Talking about a young writer wishing to see their first book published, would you recommend trying to approach a major or a minor publishing house?

It doesn’t really matter. What matters is the alignment between the kind of literature said writer produces and its catalogue: beginners often send their works to as many publishers as possible, whereas they should focus on the one publishing house generally putting out novels of the same genre they write.

Which are the pivotal qualities a writer needs to have?

And the characteristics a writer should not have?

Self-censorship and fear of not being appreciated.

Is being able to deal with stress necessary for this job?

Oh no, it isn’t. Writers are extremely neurotic.

Which is the maximum time a writer should devote to drafting a novel?

Seven or eight months should definitely be enough. I don’t think highly of rewriting, a novel should have a certain degree of spontaneity and imperfection to work at its best.

What does writing represent to you?

The best way to understand how I feel about things. This is actually a quote from somebody else – I don’t remember whose it is, but it suits me perfectly.