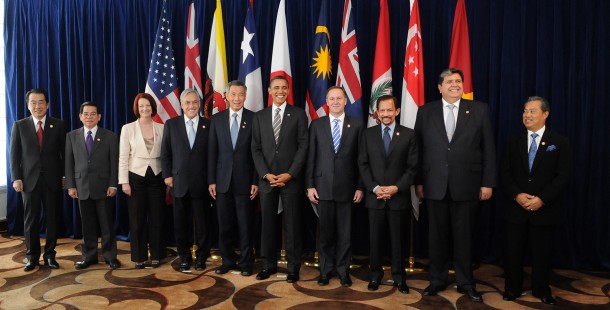 Twelve Pacific Rim countries (namely Australia, Brunei, Canada, Chile, Japan, Malaysia, Mexico, New Zealand, Peru, Singapore, the United States and Vietnam) have reached an agreement on Monday 5 October over the Trans Pacific Partnership (TPP). It now needs to be approved by the respective lawmakers in each of the negotiating states.

If approved, the treaty would cut trade barriers and set common rules on intellectual property, environmental standards and labour conditions. The New York Times defines it as a potentially legacy-making achievement for U.S. President Obama: it could constitute the capstone for his foreign policy “pivot” toward closer relations with fast-growing east Asia – a special focus of Obama administration which has been slowed (but not halted) by arousing crisis in Ukraine, North Africa and Middle East.

On securing the deal, the White House remarked that with the TPP it is possible to rewrite the rules of trade and benefit America’s middle class; “if we don’t, competitors who don’t share our values, like China, will step in to fill that void”. “[It] is the best tool we have to ensure that our workers, our businesses, and our values are shaping globalization and the 21st century economy, rather than getting left behind”.

Negotiations for the TPP went on for around 8 years with a certain degree of secrecy – which has been much contested meanwhile. Discussion in the U.S. Congress, the Japanese Diet and the other countries’ legislative bodies will not be brief.

Were the TPP to be approved, much pressure would probably be exerted over the TTIP negotiations – the twin trade and investment deal proposed between the U.S. and the European Union.

The White House, “The Trans-Pacific Partnership. What you need to know about President Obama’s Trade Agreement”, 2015.

The White House, “Remarks by President Obama to the Australian Parliament”, November 17, 2011.