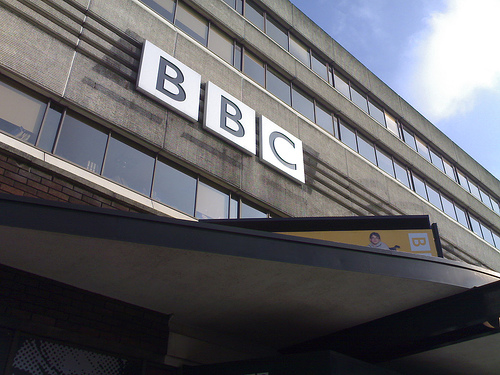 ‘The Hour’, a TV Series All Journalists Should Watch

The Hour is a British Tv series first broadcast by BBC2 in 2011 and it is one of the most interesting and catching Tv series of the last five years. In general, the series deals with a group of journalists who have to face a new challenge in their career, they are all part of a new BBC project: a news programme entitled “The Hour”, “sixty minutes, six days to get it together, […] three slots”, which is going to be run every Friday and it will examine and analyse the main news of the week.

The first interesting aspect of the Tv series is that it is set against 50s London, in Lime Grove BBC studios. Despite some detractors who accused the series not to be very accurate in its representation of the details of the journalistic life at the BBC in the 50s, the sets and costumes are fascinating and the plot is brilliantly integrated into the historical context. In particular, season one is set in 1956 and the crew of journalists have to deal with the Suez crisis. Against this context, Freddy Lyon (Ben Whishaw), responsible of the home affairs for “The Hour”, involves his producer, Bel Rowley (Romola Garai), Lix Storm (Anna Chancellor), the head of the foreign desk, Hector Madden (Dominic West), the presenter and face of the programme, and then Mr Fendley (Anton Lesser), their head of news, in a murder case which along the episodes will evolve into a spy story with references to 007. In season two, set a year later in 1957, the focus moves from foreign affairs to home affairs: a series of racial attacks is frightening London, the corrupted owner of an exclusive club is bribing ministers and police officers and a wave of distorted nationalism, which smells of Fascism, is invading the city.

In this scenarios, Bel, Freddy, Lix and Hector have to deal with the ethics of journalism, the condition of women in the late 50s and the hypocritical world of politics and politicians. In series one Freddy and Bel challenge the Gag Rule, the limitation or prohibition of publicly discussing or analysing specific topics which  are discussed in Parliament or which involve the decisions of the Government in general. By challenging this rule, the journalists bring into light the problem of freedom of speech and press, questioning the solidity of the British democratic system.

Furthermore, the problem of women’s freedom is a sub-theme which characterises both series, as many aspects of women’s life are represented in a very plausible way. For instance, Lix is the example of the emancipated woman who has a brilliant journalistic career and does not suffer from the lack of a husband or family. Yet, in season two, she is forced by the events to rediscover her own past leading her to question her life choices and decisions. On the same level, Bel is the paradigm of the strong young woman who, similarly to Lix, does not need to be married to have a career and a position in society or to be happy and satisfied with herself. Nevertheless, the 50s British society is not yet ready for such women, and Bel has to face a series of situations which might trouble her position as producer and her condition of independent and single young woman. On the other hand, Marnie, Hector’s wife, is the archetypal angel in the house, yet, as the story develops, even she has the necessity to find a balance in her married life.

Finally, the world of politics and the mistakes and deceptions of the government are chased down by the team of “The Hour”. The invasion of the Suez canal, first by Colonel Nasser’s men and then by the British and France coalition, the occult, and sometimes inappropriate, practices of members of the Parliament and Government, the corruption of politicians and officers of the Metropolitan Police, the malpractice in the management of public funds by the Chancellor are some of the many stories Bell, Freddy and the whole crew are bravely going to tell.

Unfortunately, The Hour was axed by BBC2 after only two seasons, leaving its viewers totally suspended at the end of season two, since they had to make room for new programmes. Allegedly, the BBC cancelled the programme due to its lower number of viewers of season two. Nevertheless, the view of The Hour is strongly recommended to all of you for its engaging script, its beautiful sets, its brilliant story and wonderful actors. In particular, I strongly recommend it to all journalists or aspiring ones to find new inspiration for their work.

I hope you’ll enjoy it.